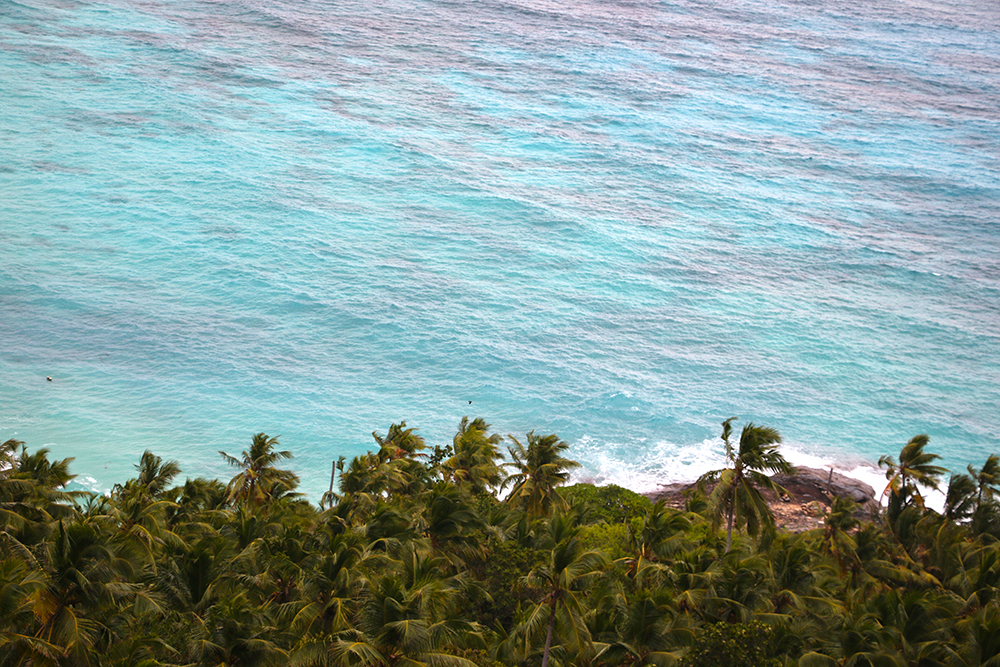 “This is where I first learnt to swim,” he said. “As a kid we used to come down to this exact beach, my cousins and I. The whole family.”

Grant, now the Head Chef of Ellerman House, spoke as he pointed to the sandy inlet stretching out from sea to street beside the harbour in Kalk Bay, Cape Town.

I tried to picture him, the tallest of our chefs in Africa, as a young boy. When this failed, I pictured myself, as a girl, learning to swim in a family friend’s pool. I tried to flip back to that earliest memory of being in the sea. And I saw it – the first waterwings, the first bodyboard, the first wetsuit.

I saw the ocean and the traffic jams it had caused with all the cityfolk making their way to the sea on baking Cape days. I saw all the picnic baskets, snorkels, goggles, flippers, sand castles, umbrellas. Paraphernalia of the oceanlover.

I could see Grant now among them, just one of the crowd of boys excited to be barefoot and free, on sand and in sea.

Today we were standing on the harbour jetty looking out over the beachfront and at the blue – the light blue, deep blue, flat blue, choppy blue.

“I think that’s them,” Grant said, pointing to a spec on the horizon.

“No, that’s going the opposite way. That boat’s still going out to sea,” said another member of our party. 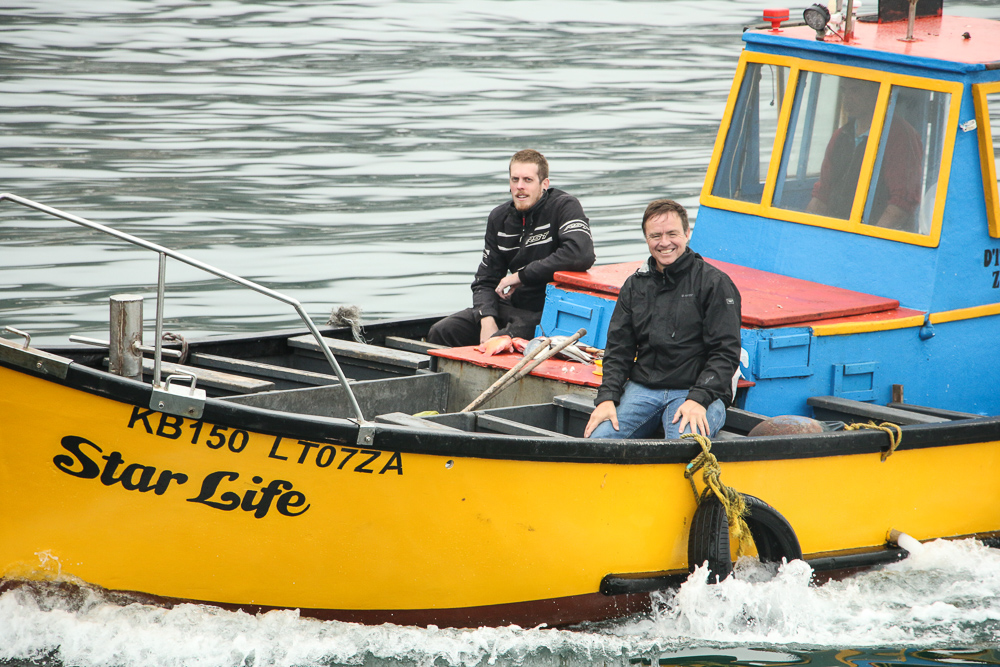 It was not the warmest day. The sky and sea were not blue as I might have alluded to. They were a white-grey. But it was true, the men were smiling. Even Fadil, who had allowed our two to fish with him for a morning, was smiling.

“Maybe they’ve been converted,” I said. Thinking of the sea and her spell. Thinking of Grant and me as kids, splashing in the shallow waves for hours, immune to the frostbite and brain-freeze. Thinking of our smiles and yelps and cartwheels and somersaults, like seals playing mermen and mermaids. Thinking of that general glow the sea casts over you. How it washes away the rest of the world, while you lose yourself in its world. 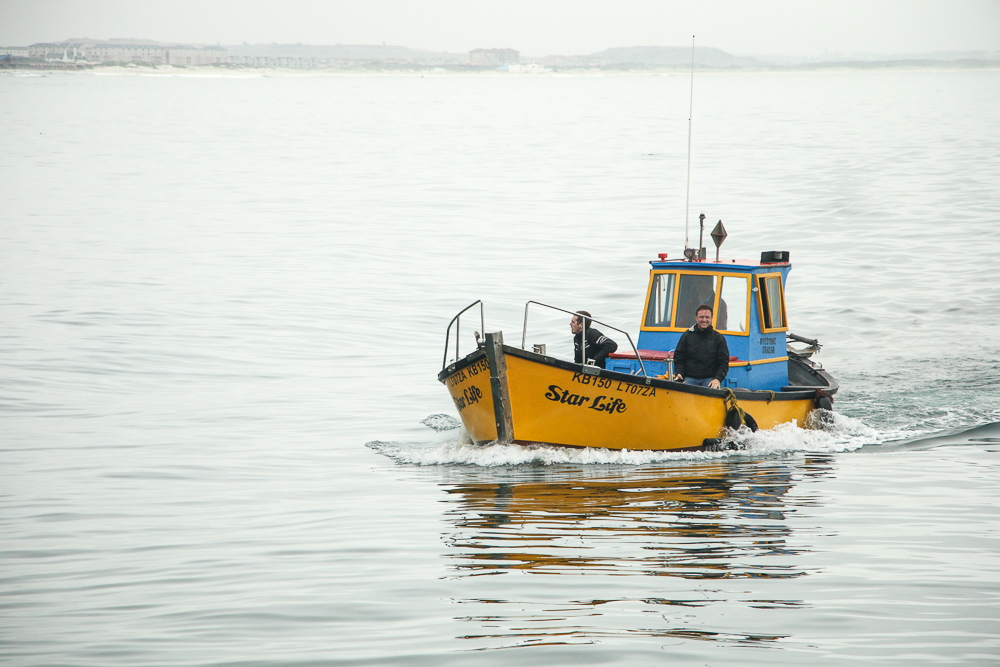 Paul and Ashley stepped off the boat, onto the harbour jetty, carrying their catch of the day – red roman and bream. We joked about their size, the way fishermen do. But really we were impressed, a little envious, and wishing we’d had the courage to join them.

We had come to learn more about the local fishing community, about supporting local and sustainable fishing practices. We had come to remind ourselves of the smell of the sea, and all the reasons we need and love it. It wasn’t quite until Grant took me back to my childhood that I realised just how pivotal the ocean has been in my life, in all the lives around me – from our earliest memories, our favourite memories, to those still being made.

There are infinite reasons and ways to celebrate World Oceans Day, as it fell on 8 June this week. One of the most appealing ways, we thought, was food…

In collaboration with Relais & Châteaux alongside the NGO  Ethic Ocean, the chefs of several of the Relais & Châteaux hotels and lodges in Africa and the Indian Ocean planned, prepared and served a  special seafood dinner on the night of World Oceans Day to shed light on sustainability, on looking after our oceans while still enjoying them and their bounty. Below is a look at the hotels and lodges that participated and the menus created by the chefs, from the wilderness of South Africa and the city lights of Cape Town and Johannesburg to the tropical Indian Ocean islands of Zanzibar, Mauritius and the Seychelles. 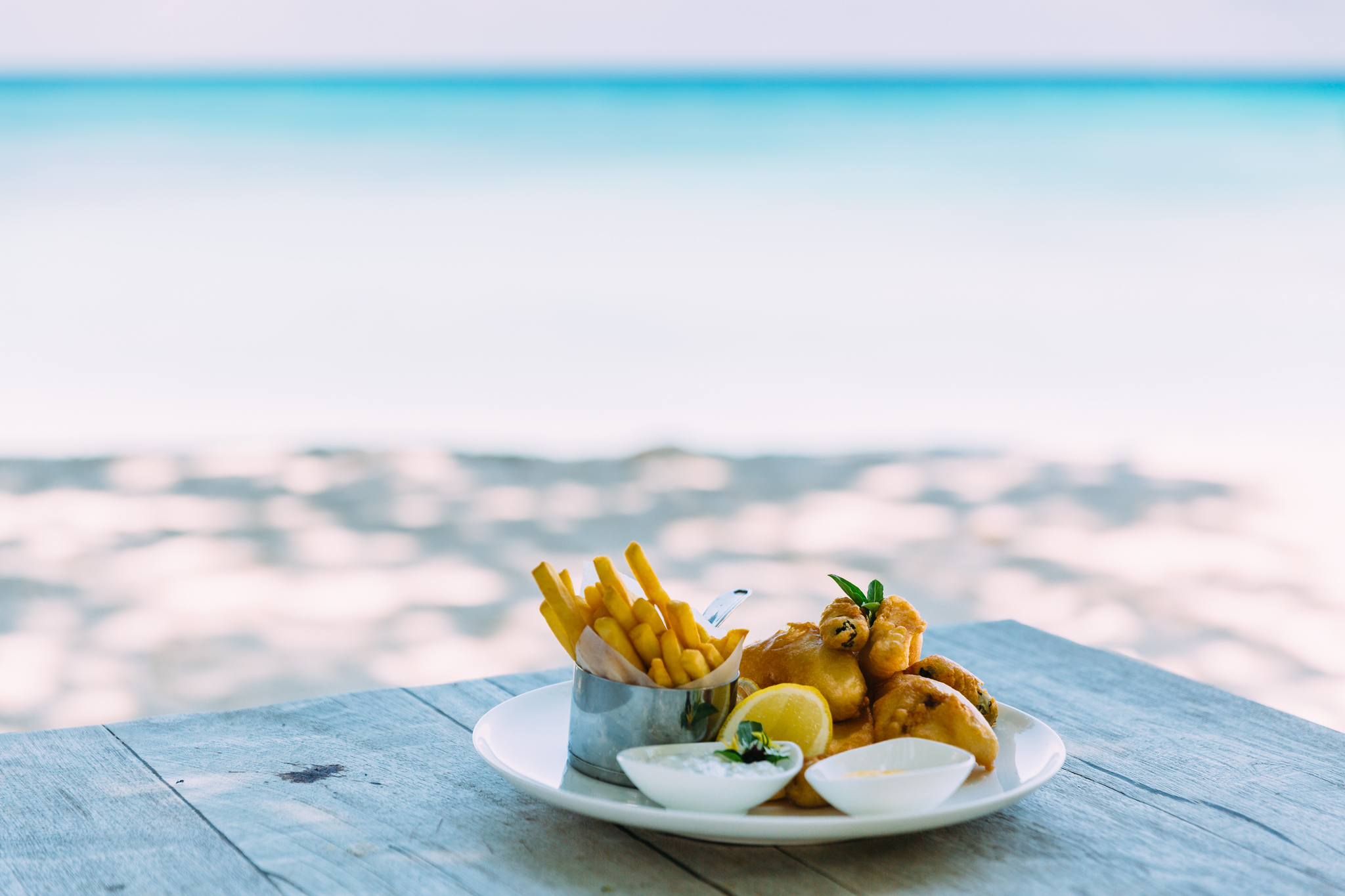 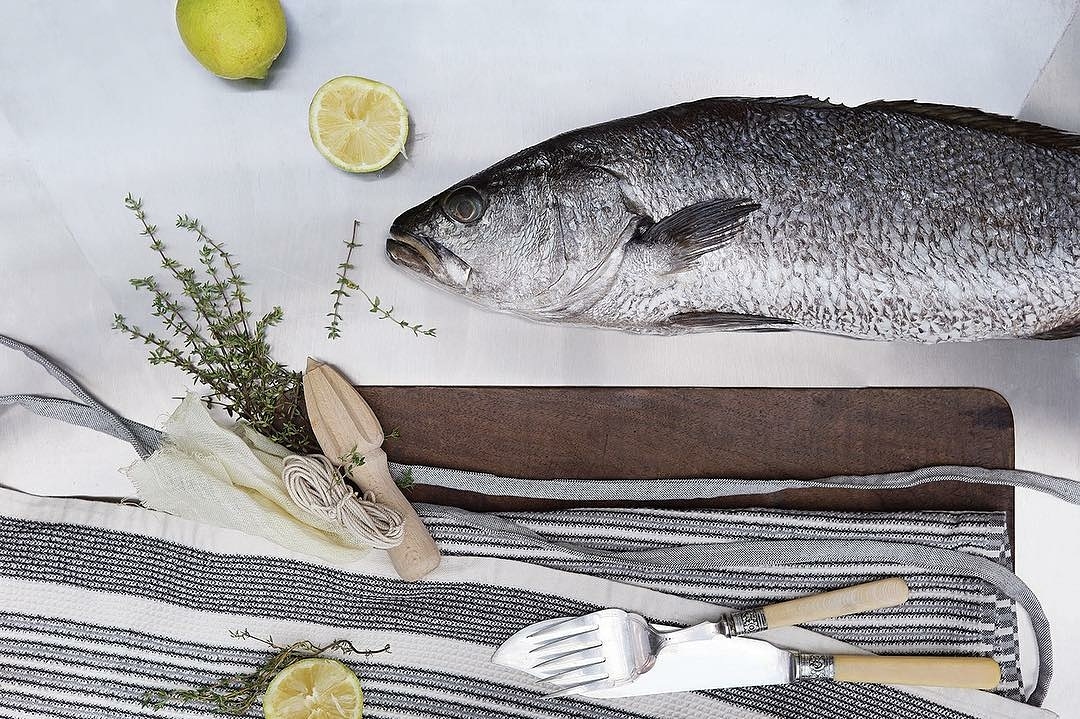 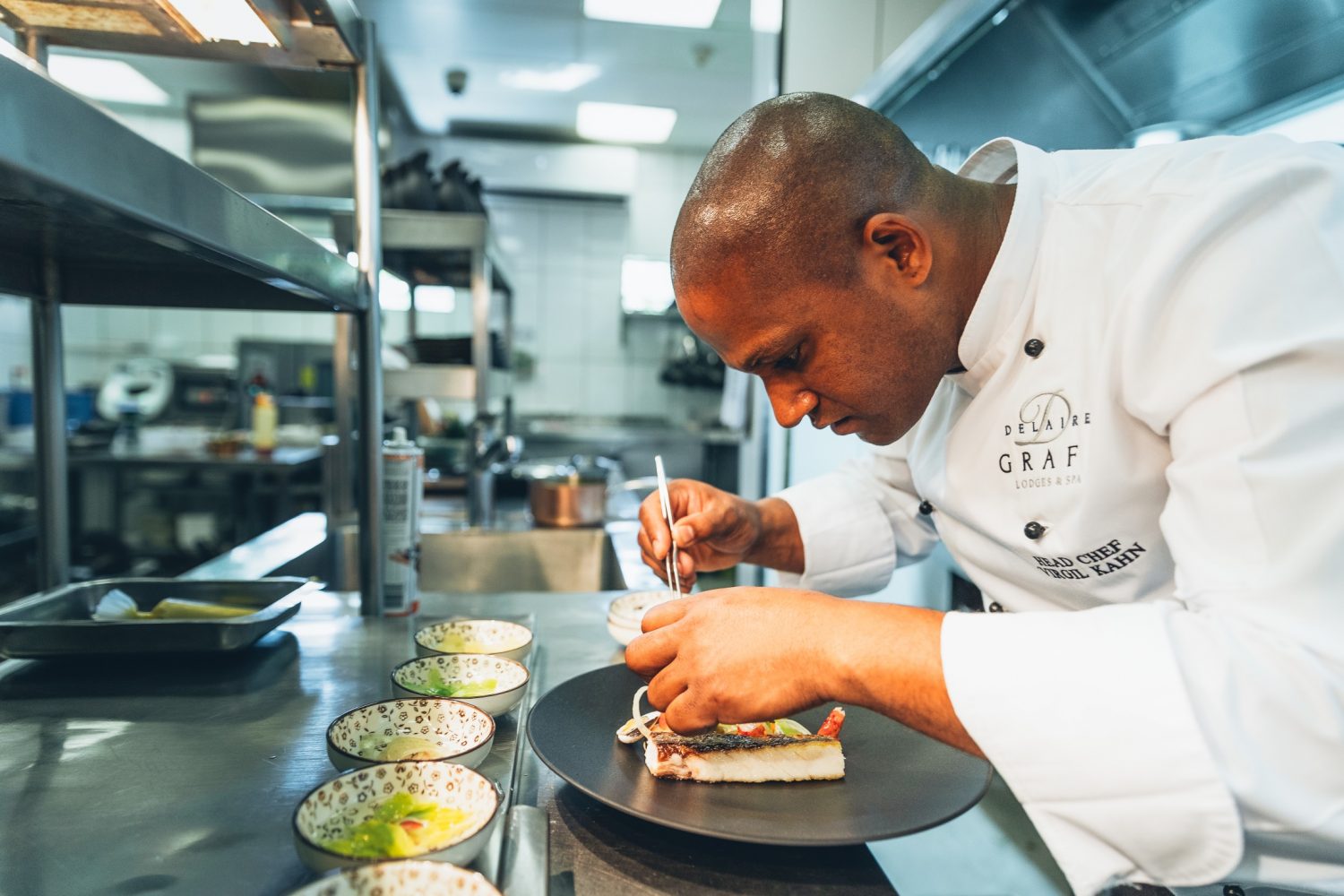 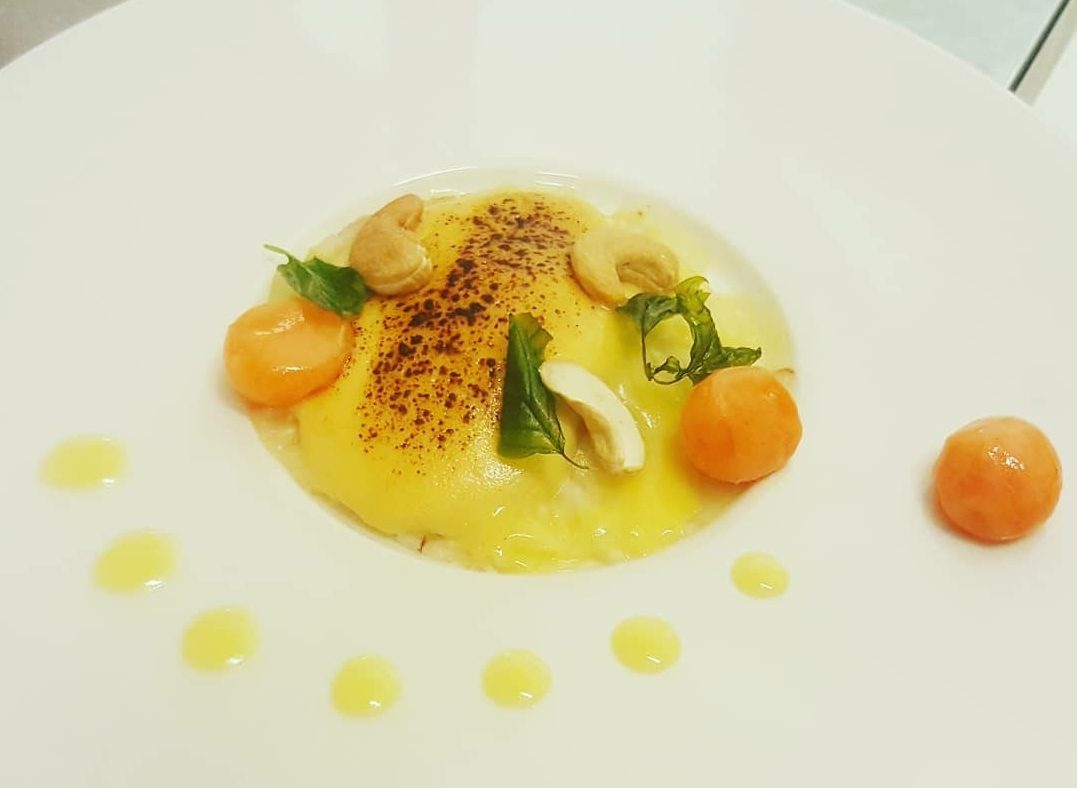 “The sea is as near as we come to another world.” – Anne Stevenson