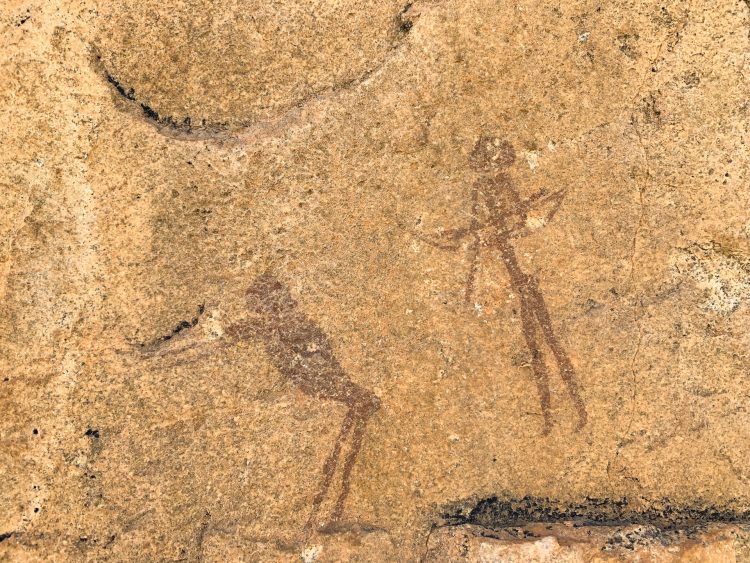 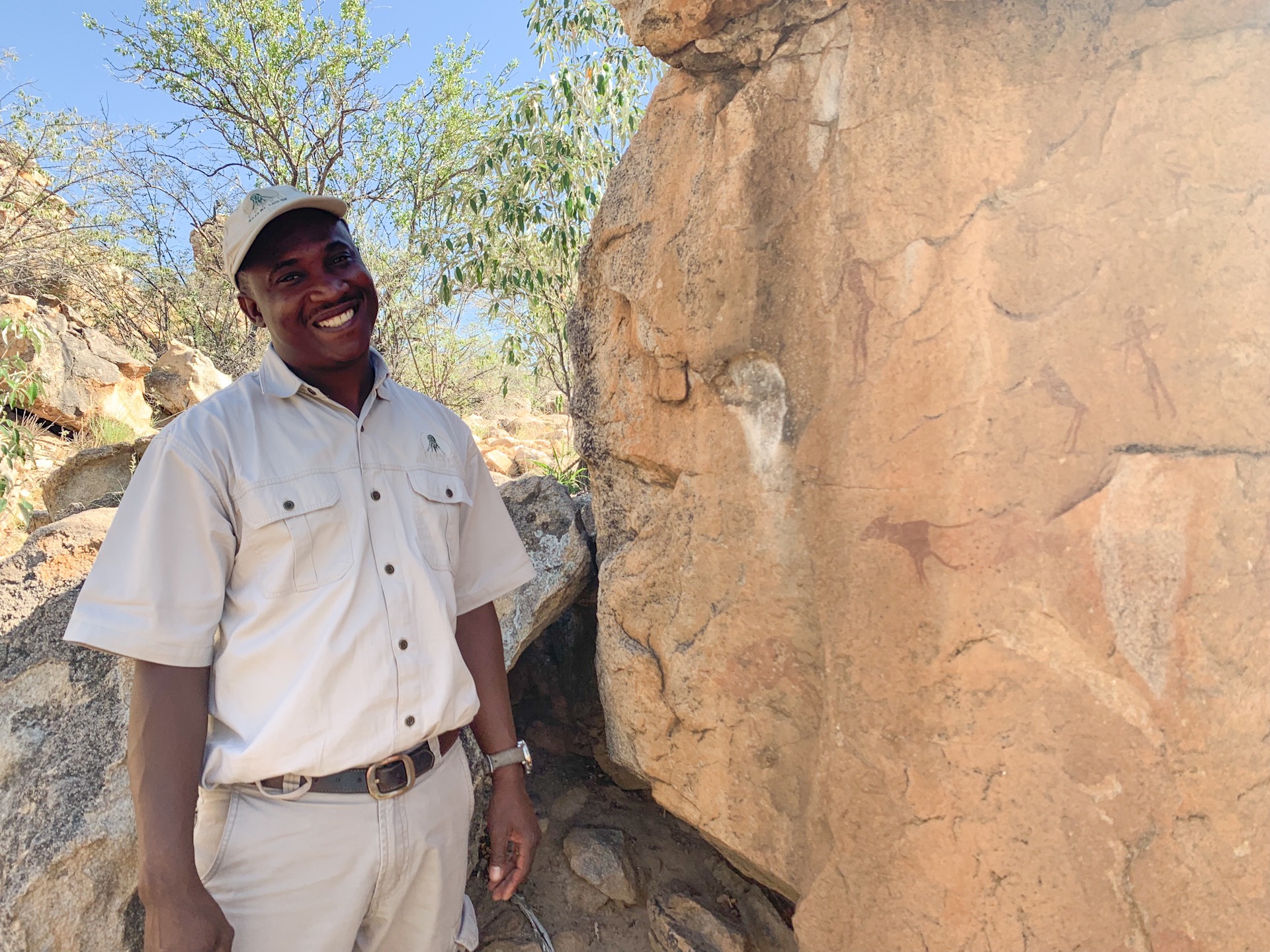 The safari vehicle stopped and we climbed out, our cameras around our necks and our closed shoes sweeping over the narrow dirt path winding into the bush. I had followed tracks like this to Bushman rock art before, further south in South Africa, at Bushmans Kloof. But this was a whole different country and the artists’ stories told of a new land with different animals.

At Epako Safari Lodge, in a 11,000 ha private game reserve in the Omaruru region of Namibia, the San people had left the tales and visions of life not only in paint on the red rocks strewn across the landscape, but also in engravings carved into the earth at our feet.

Hendrik, our guide, led the way from rock boulder to boulder, sharing the history of the world’s most ancient tribe. 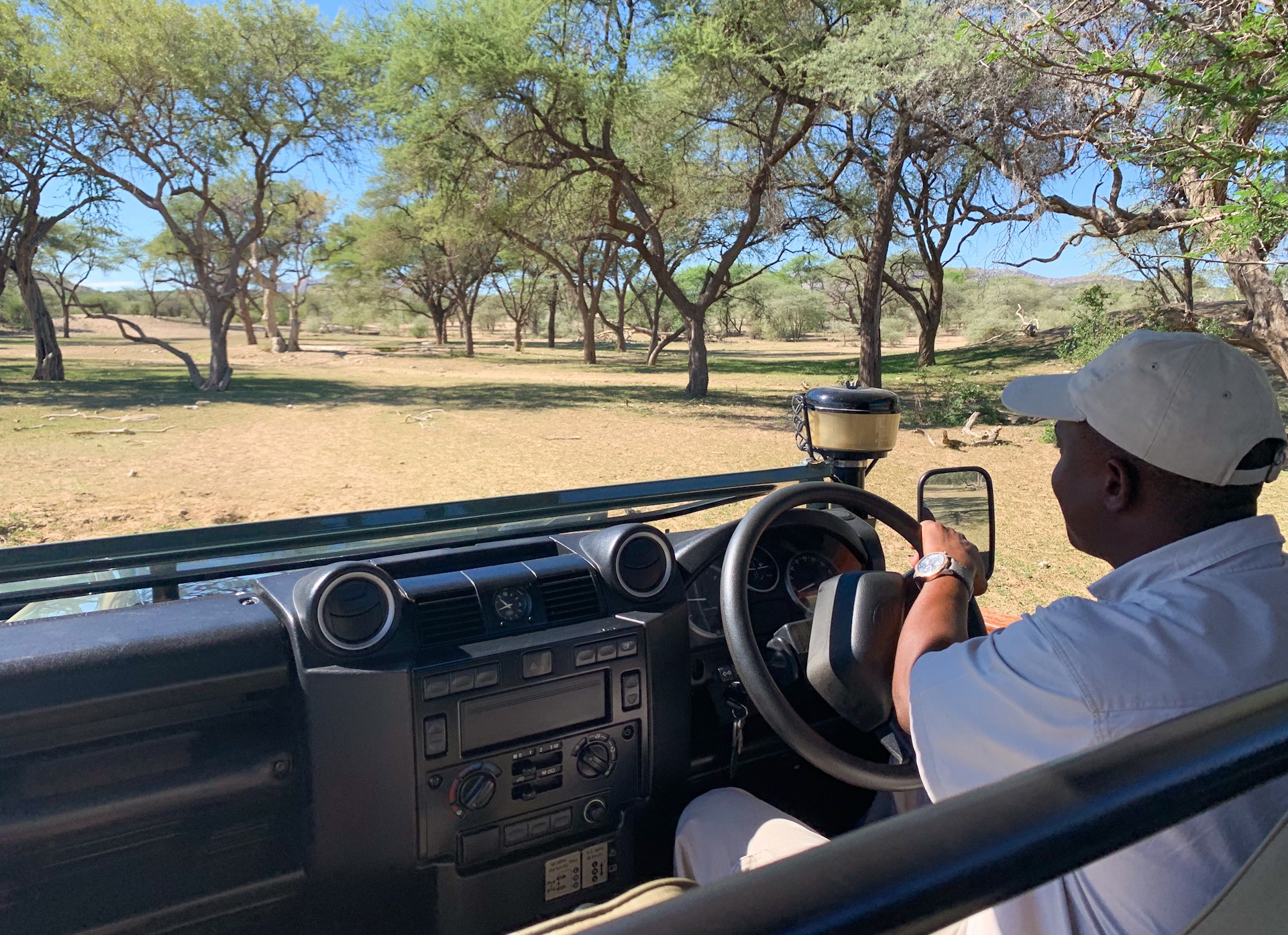 The Bushmen, properly known as the San people, were hunter-gatherers. The men hunted and the women gathered berries, edible leaves and roots. They were semi-nomadic and their huts were simple shelters based on an overhanging bush, covered with grass. They lived in family groups and all their food was shared. On the rock overhangs and on huge boulders, they painted and engraved.

For about 30,000 years, they were the sole inhabitants of southern Africa. They lived within the sustenance capacity of their environment and never killed more animals than they needed. About 2000 years ago, migrants from the Bantu-speaking tribes from the north migrated here with their cattle and sheep. The last four centuries of immigrants from Europe have completed the process of reducing the San to a small remnant. They now live in a few communities in the north of Namibia and the north east of Botswana. 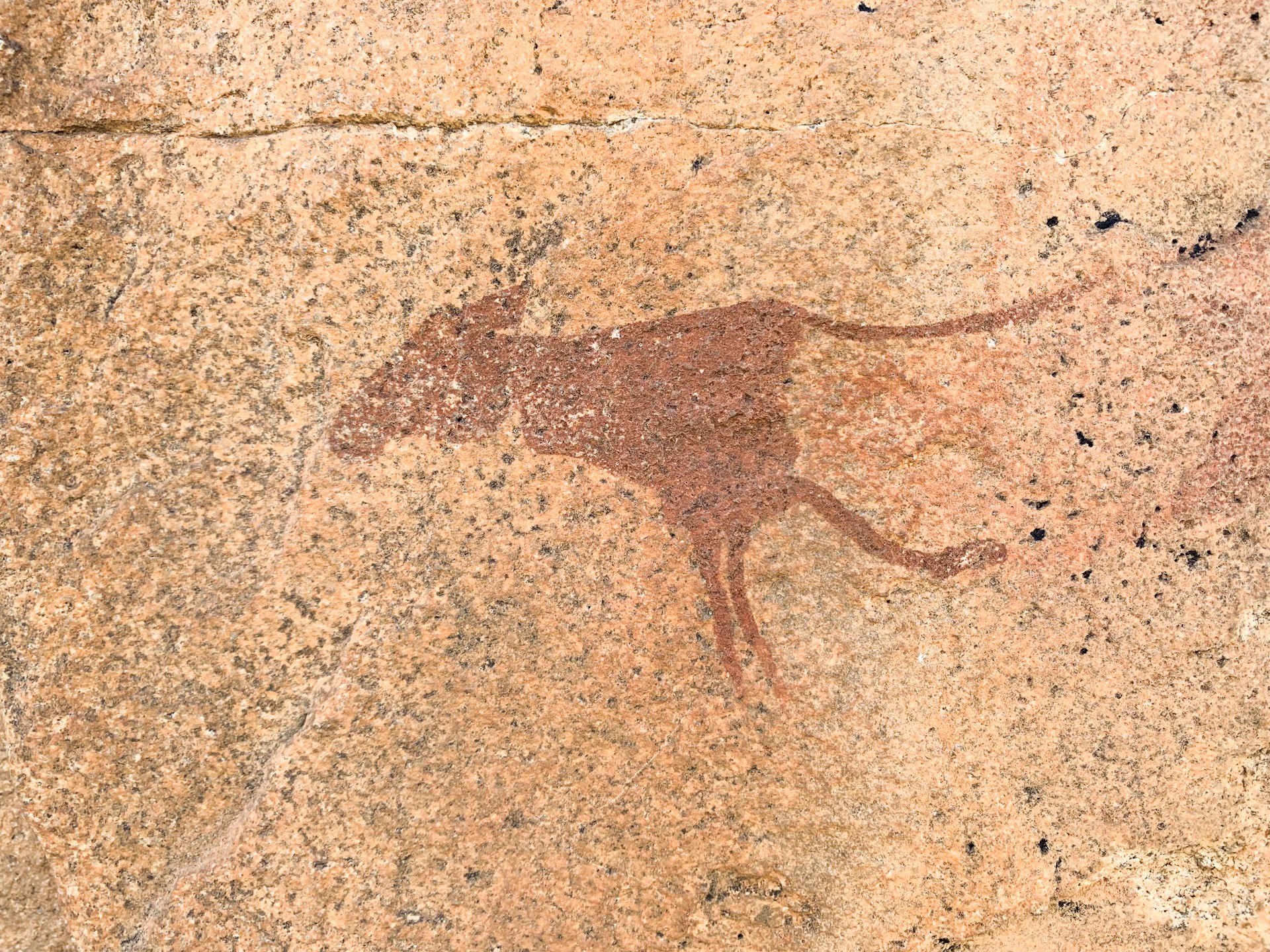 Their art expressed their religious beliefs. The central ritual act was the trance, induced by music and dance, through which supernatural power was experienced. In such a trance, the medicine man could heal, predict rain and contact the other world where the spirits of their ancestors were. 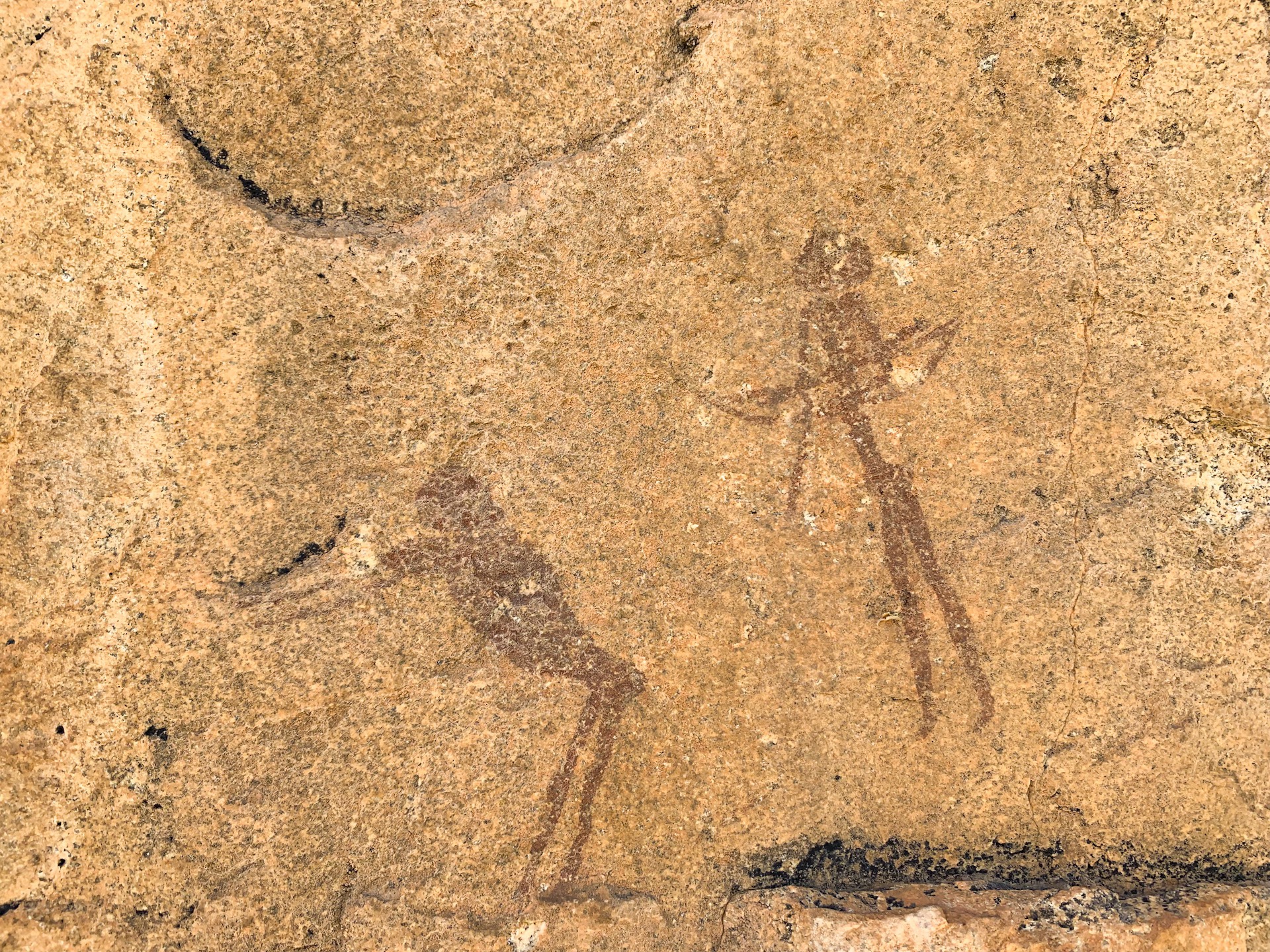 The San shared their world with the animals and respected them. Hunting scenes and common animals were very rarely painted. The aim today of rock art researchers is to learn, through their knowledge of the customs and beliefs of the San, in order to understand the art from their point of view. 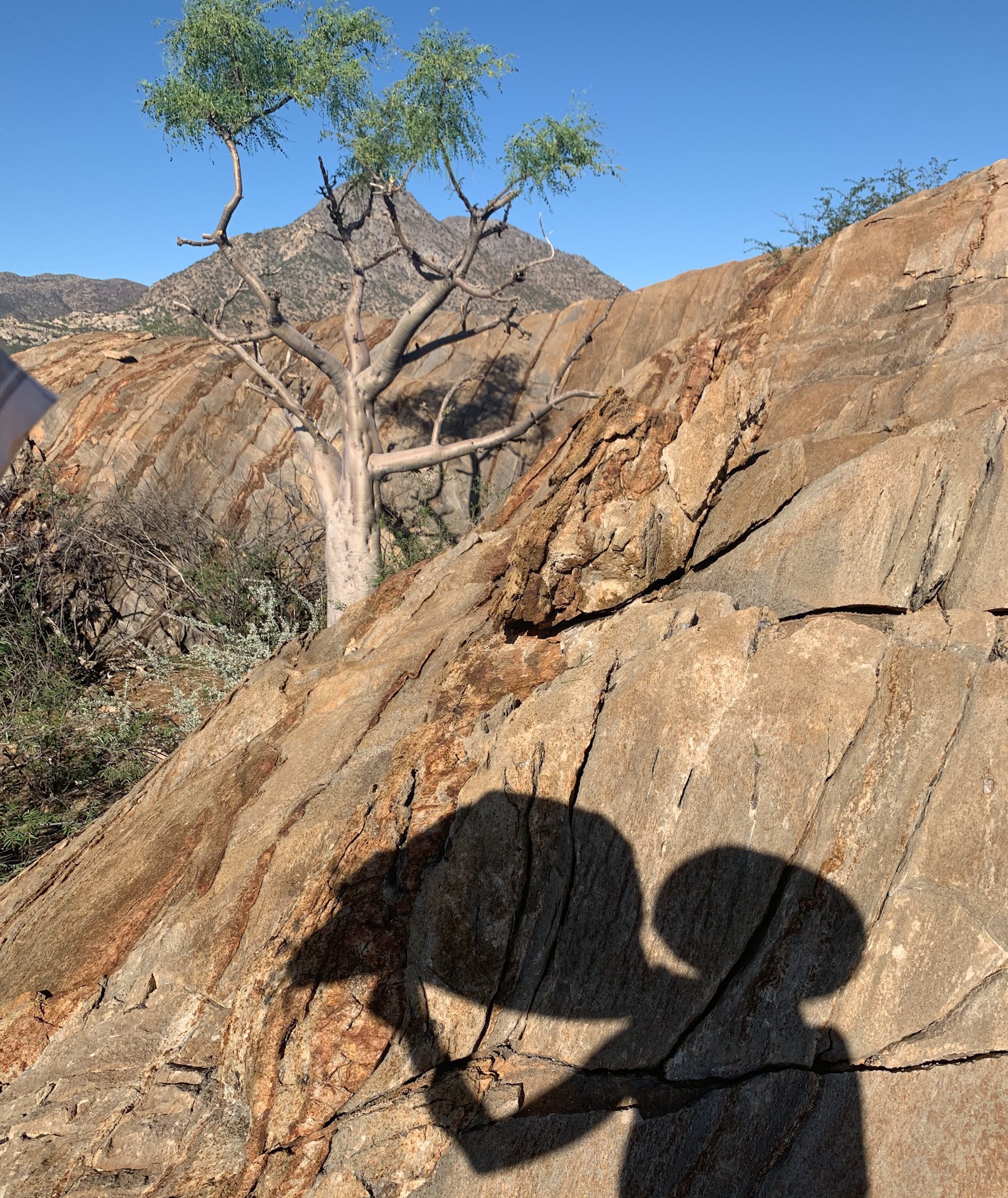 As we drove off to the site of the engravings, it struck me, as a traveller, a nomad not unlike the San, as another human in an ever-changing world, that there are some things that never change. Some things that last beyond a lifetime. The paint might have faded slightly and the engravings might be worn gently from water and weather, but they still stood there as great flashes into the past, as scenes that would still remain with humankind for thousands of years.

Through their art, the San tribes of Namibia were still with us. Their connection to the earth and the realms we can only feel and sense remained, as signs and symbols of the great thread that joins us all. We were not alone. The zebra and giraffe and desert-adapted rhino roaming the reserve with us were not alone, but rather part of a story still being told. 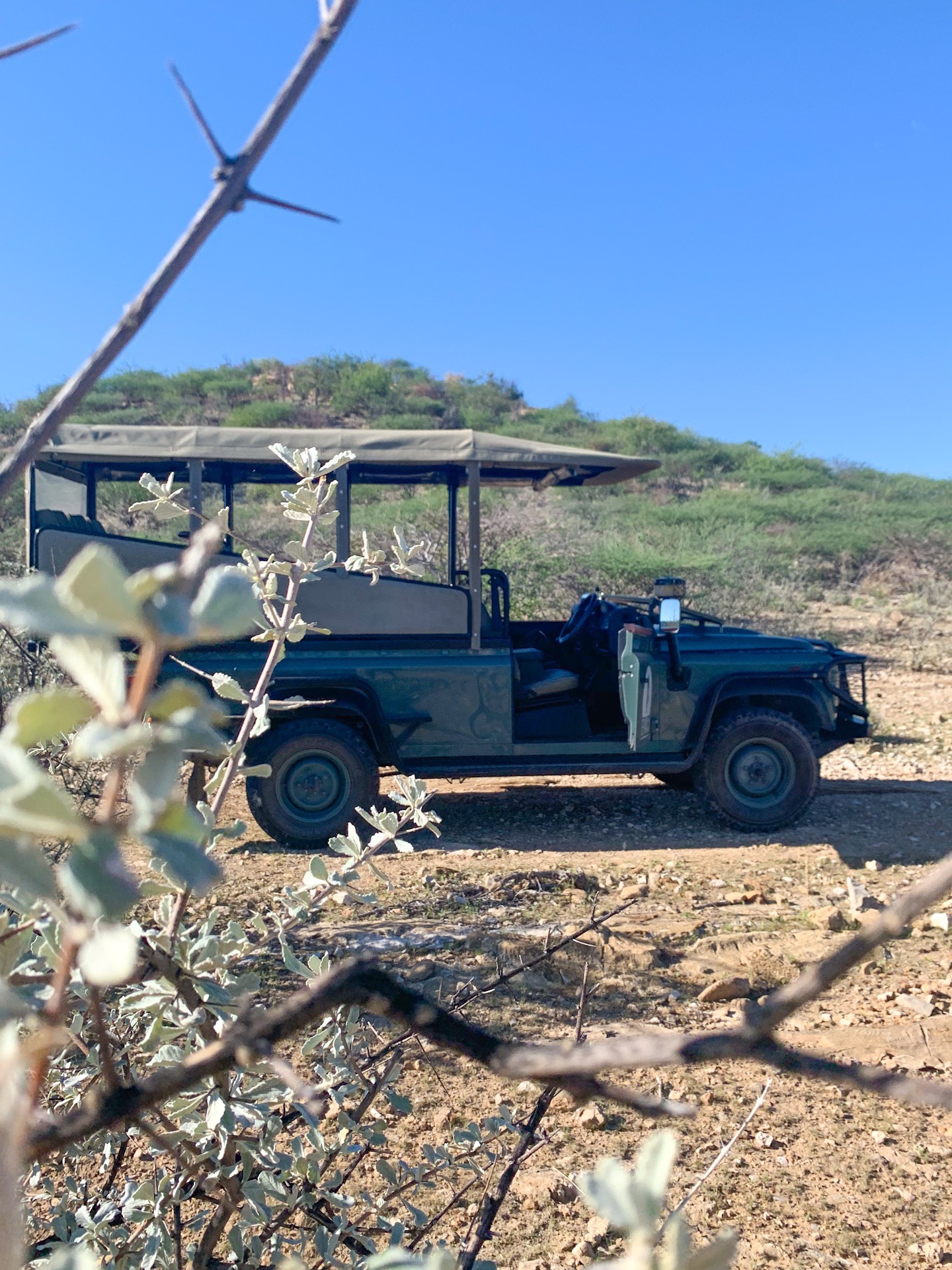 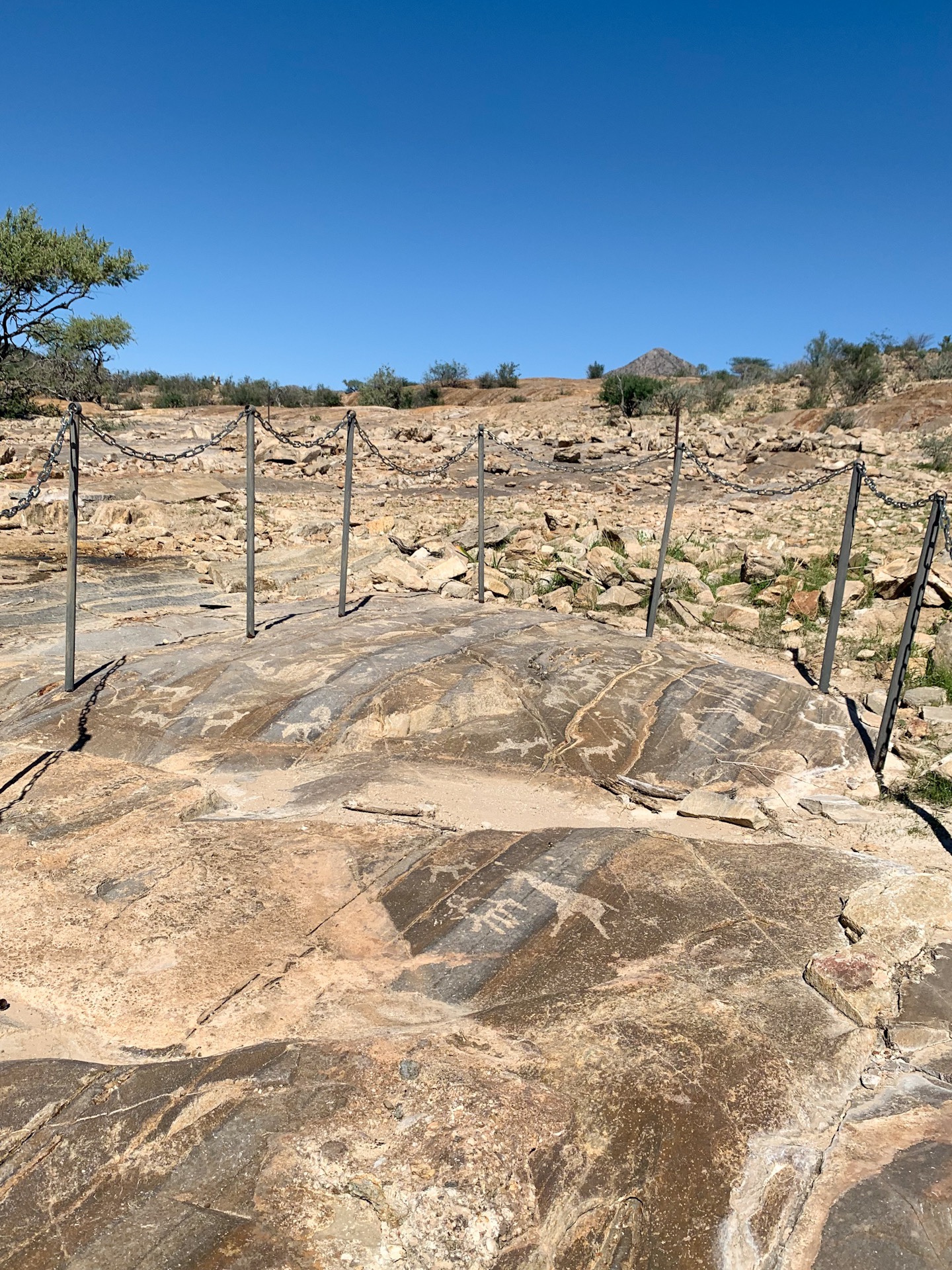 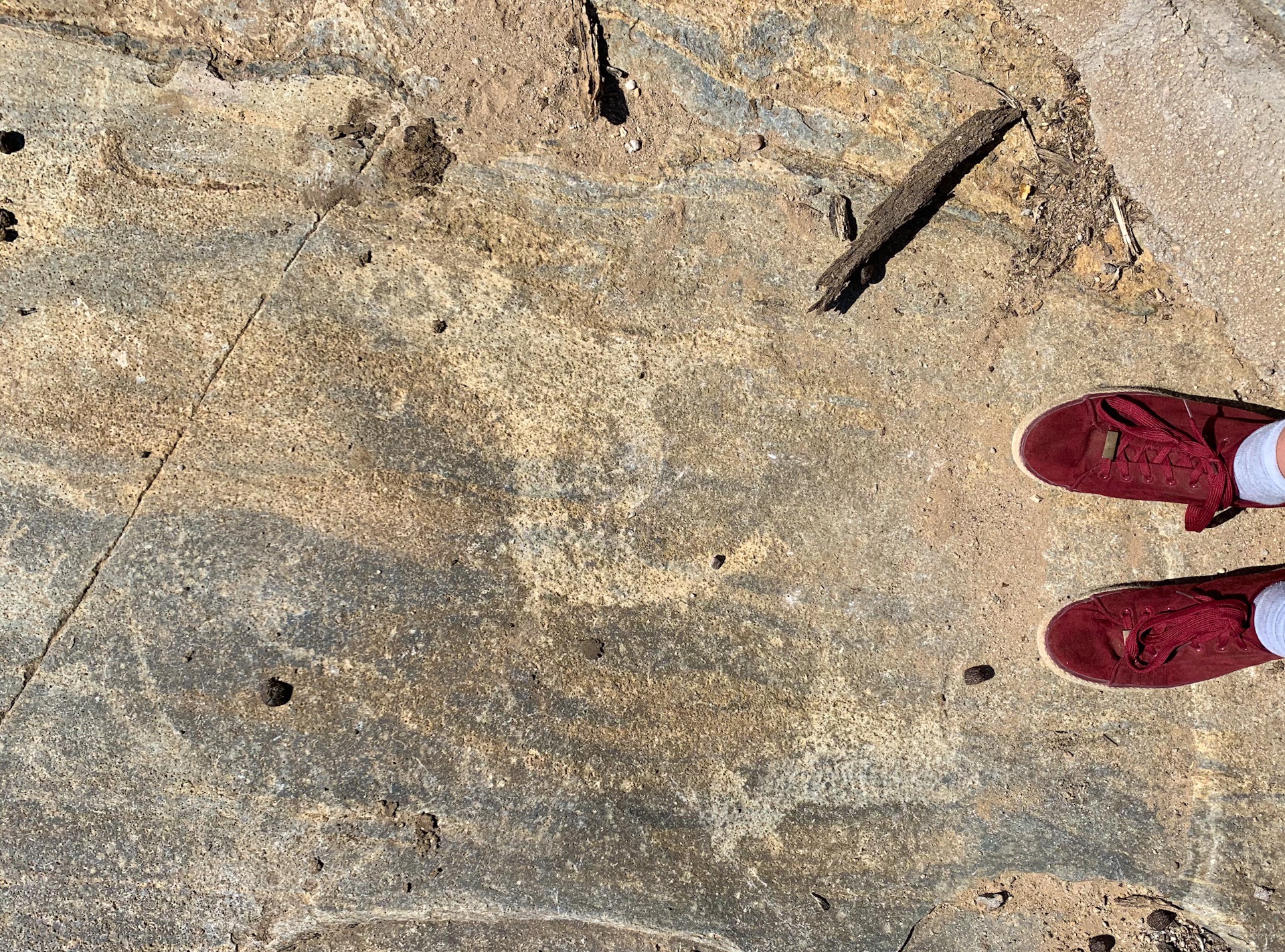 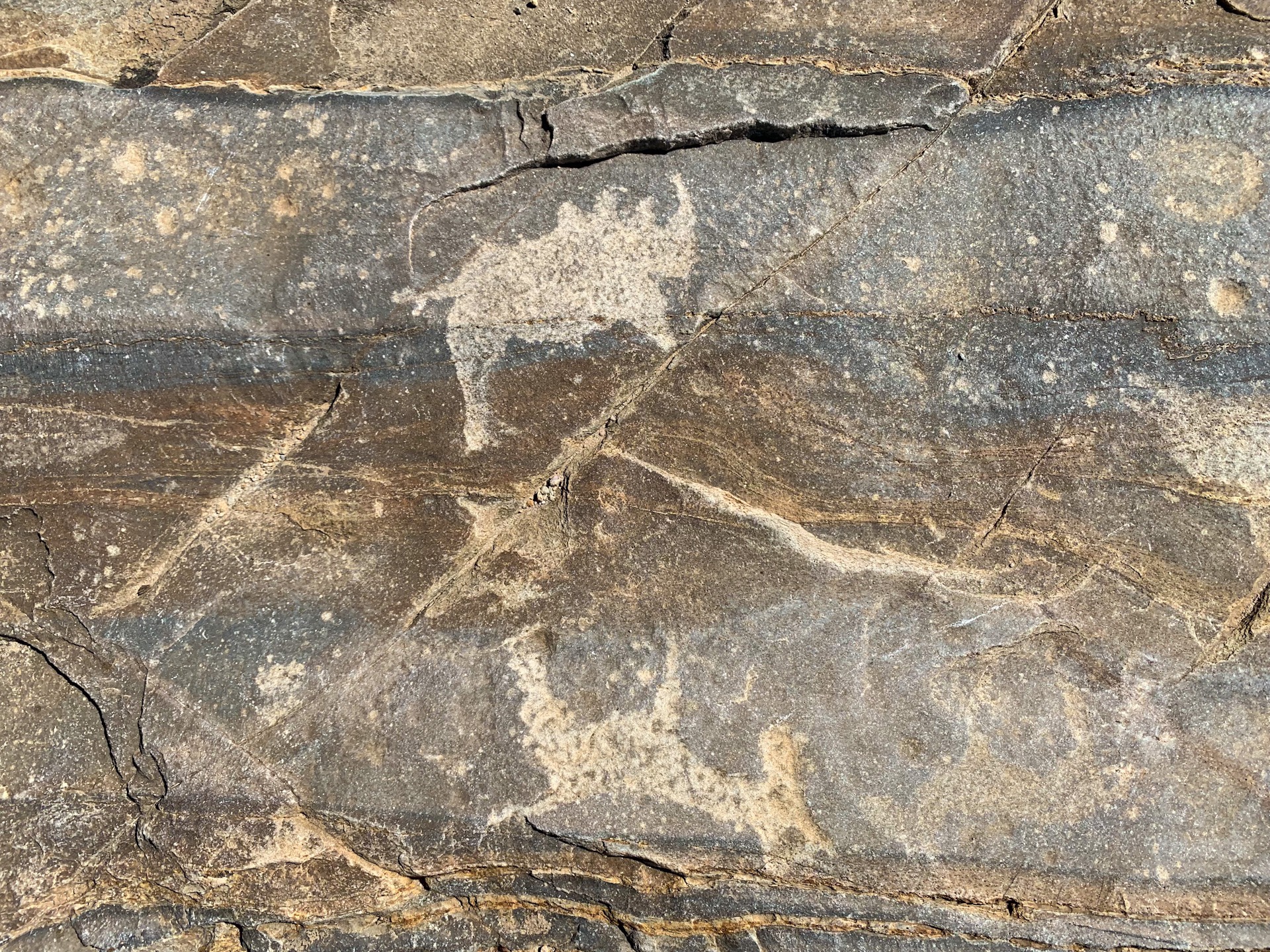 Discover more about this part of Namibia in our blogs on Epako Safari Lodge:

The Deep Peace of a Place Called Epako ~ A Namibian Safari

The Foraging Flâneur – The Charm of a Giraffe Named Oscar

A Community of Chefs ~ From Namibia to Mauritius