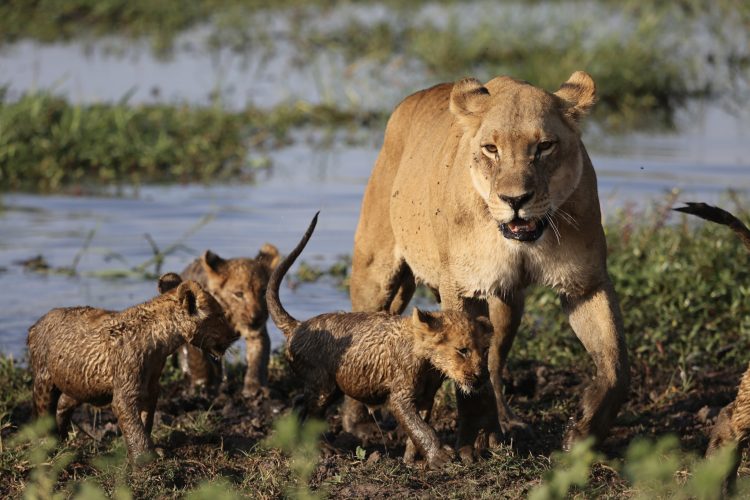 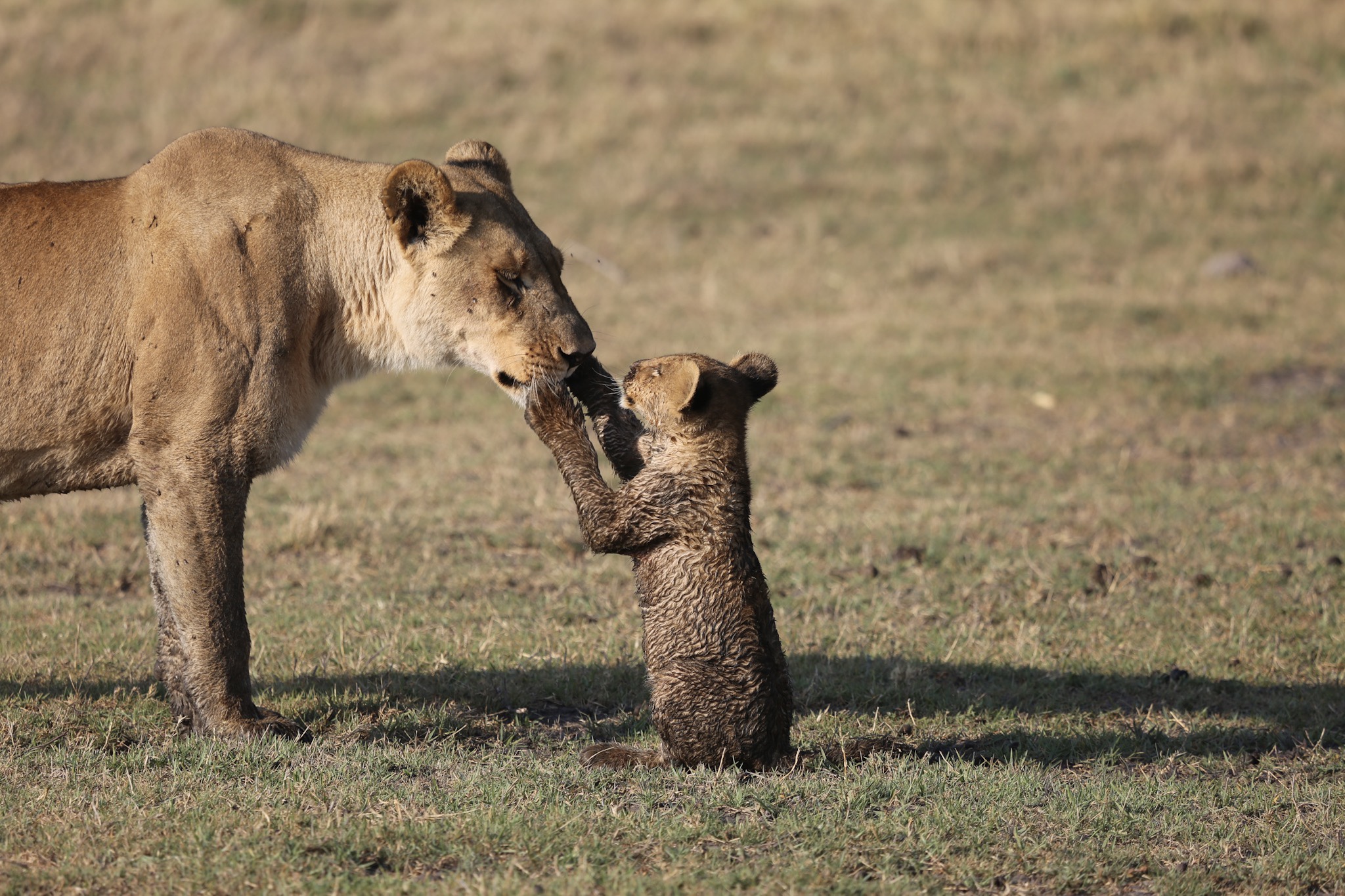 It’s the moment we’ve been waiting for. Hoping for all along.

Mots knows what signs to follow. As ranger, oracle and wilderness whisperer, he can probably hear the pitter patter of the lion cubs’ paws across the short grasses of Duba Plains Camp.

He has a way of picking up the subtlest movement, scent or sound. He reads the grass like we would the look in a loved ones’ eyes.

He keeps his eyes on the two mothers leading the pride. When it looks like they’re drifting away from us, too far for us to get to them with ease, he withdraws into silence. I wait. Knowing… he has this. 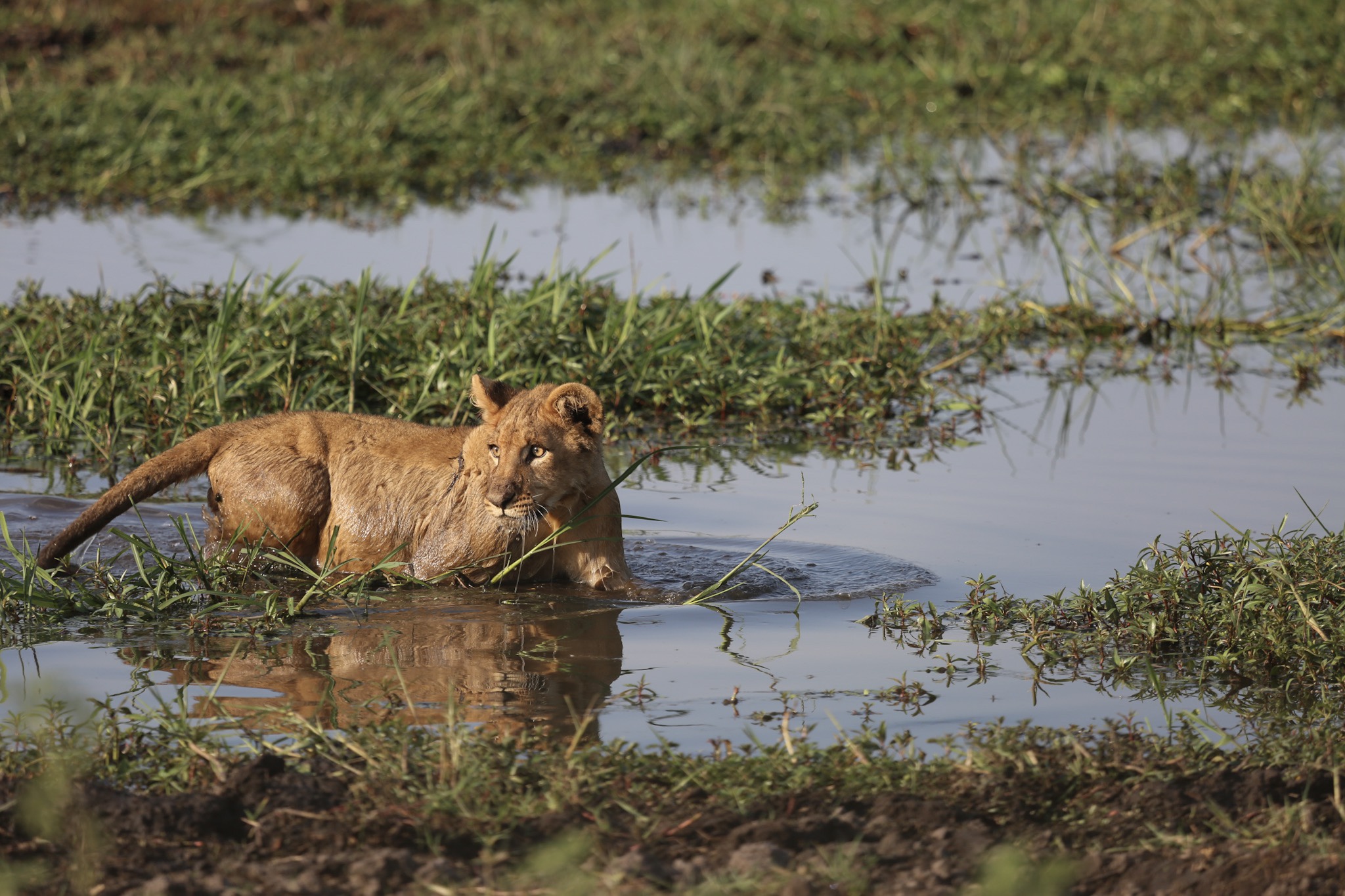 It’s these moments that remind me of how much like life the safari is.

Game drives are not without their tension. Nerves creep in, not simply when a hippo charges the vehicle or when that lion roar runs through your body with a vibrating echo. I’ve also felt it in times when clutching too tightly to a desired sighting. An outcome. When I’m already imagining the scene. Leopard, please, show me a leopard; shake one from your branches, tree, and let me catch its leap on video.

Hope is a good thing, it’s been said to be the best thing, but peace lies in the stillness. The non-craving. I catch my body tense in the chase and let it go, telling myself, if we see the cubs crossing that river it will be a good day, maybe the best day, but if we don’t, it will still be a good day, even the best, because look where we are… on an island in the Okavango, surrounded by wild animals and wide open spaces and fish eagles drinking beside lechwe. I am in a paradise.

Around about then, in this peace, Mots goes and says a thing like, “They’re coming!” 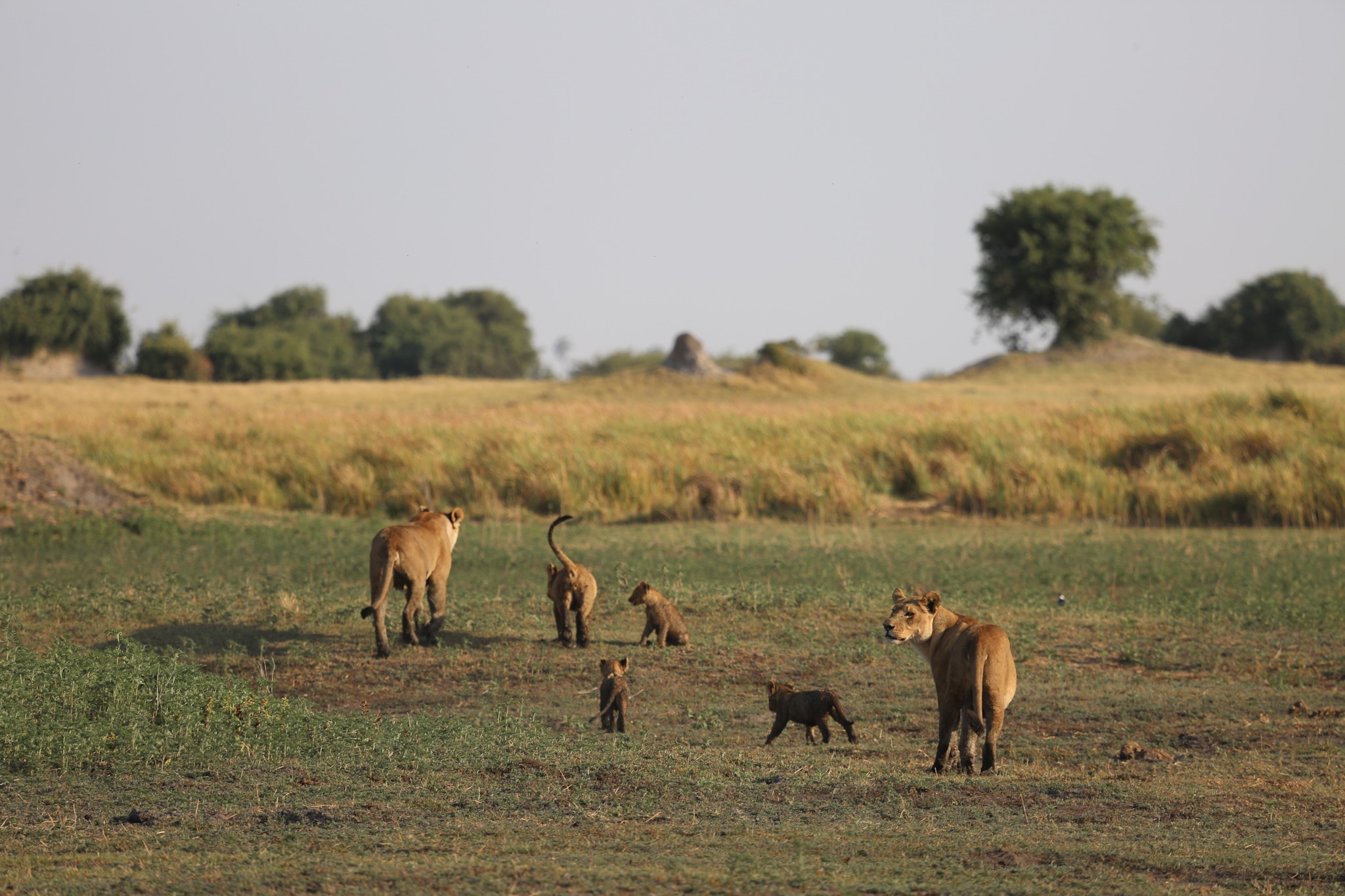 But it’s excitement now. Not stress, not nerves. Because they are coming at us – about to cross a stream of one of the multitude of waterways that wind round and round, throughout the Delta.

One of the mothers takes the first step, testing the waters. The little ones follow. One sneaks out in front, beside her legs, and leads the way. He scrunches up his nose, at the peculiar liquid stuff that has submerged his limbs, and makes it to the other side. Unharmed. More buoyant, jubilant. Is that pride, I wonder? Another cub sidles up beside him on the bank and then the mother crosses. The two tiniest cubs slip into the water after her and swim across. Their chins lift out of the water while their paws hurriedly paddle. The last mother makes it across and eventually the entire family are wet and muddy and passing in front of our vehicle.

There is silence. I’ve forgotten about Mots and I forgive him if he’s forgotten about me. There is a more important moment at play. This is one of those firsts for me – watching big cats in water, getting to witness firsthand their reactions, the trepidation and the alarm, for water means crocodiles, things in hiding. It’s unusual terrain. The unfamiliar.

We follow the lions as they continue to roam the plains, to a far-off bushy mound where we encountered them on the first night of our safari. The excitement has calmed down and it’s time for stillness again, for the lions and for me.

Mots and I share a look and a smile and I slump in my seat as we drive away to let sleeping cats lie. To let what is be. To accept the rhythms and changes and mysteries and to go forward in a soft kind of hope. Because it’s a good day, quite definitely the best. 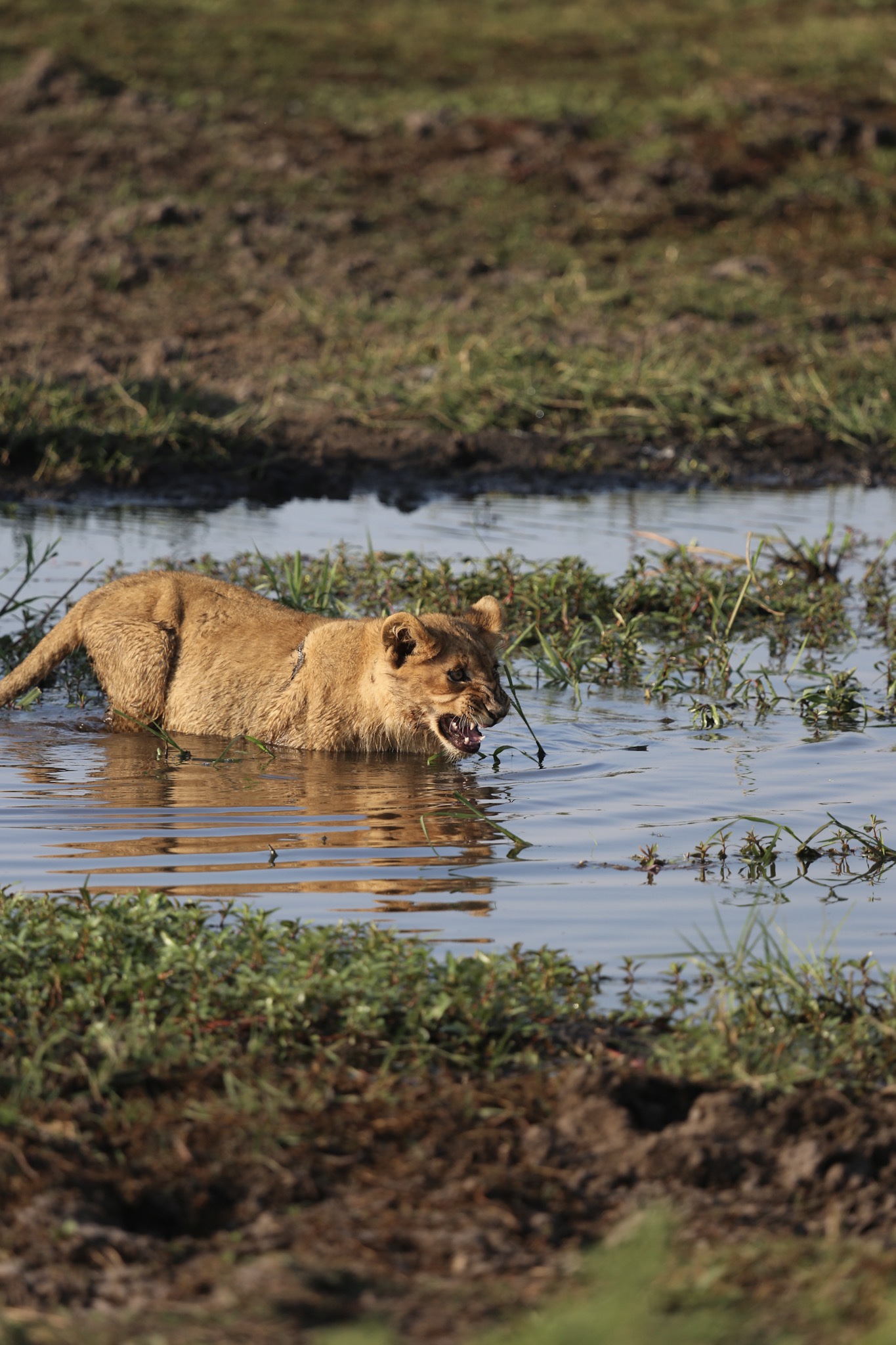 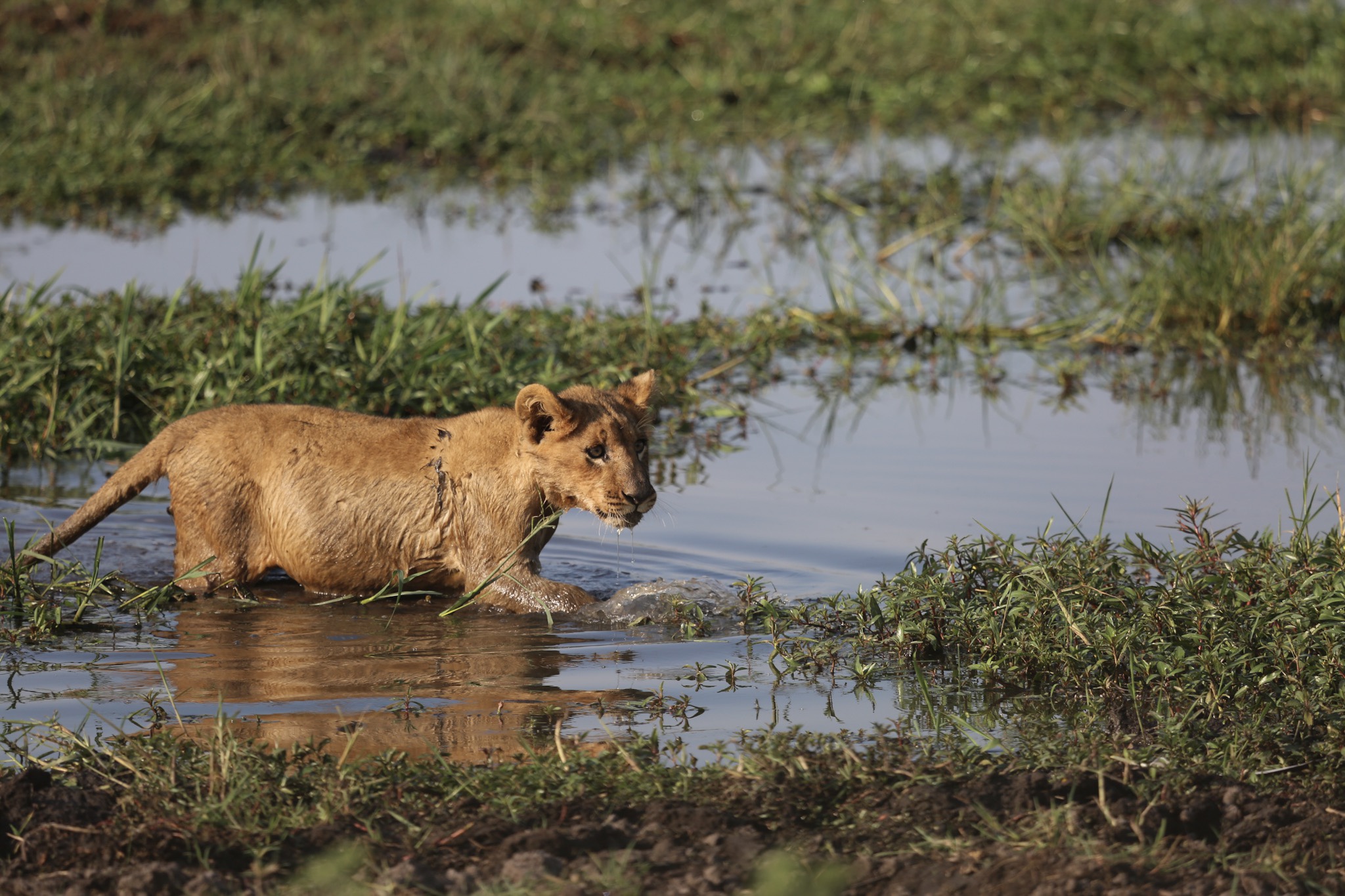 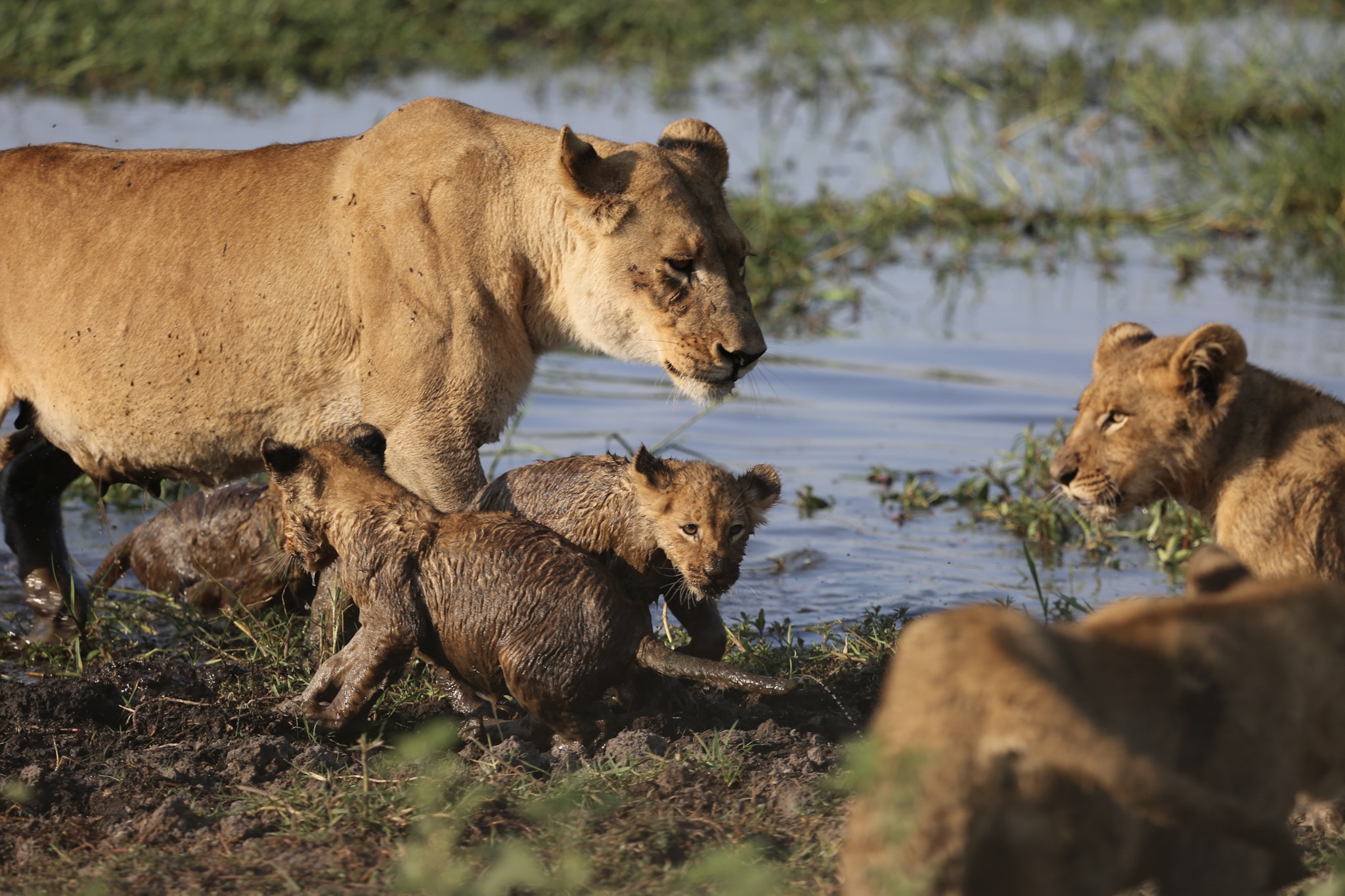 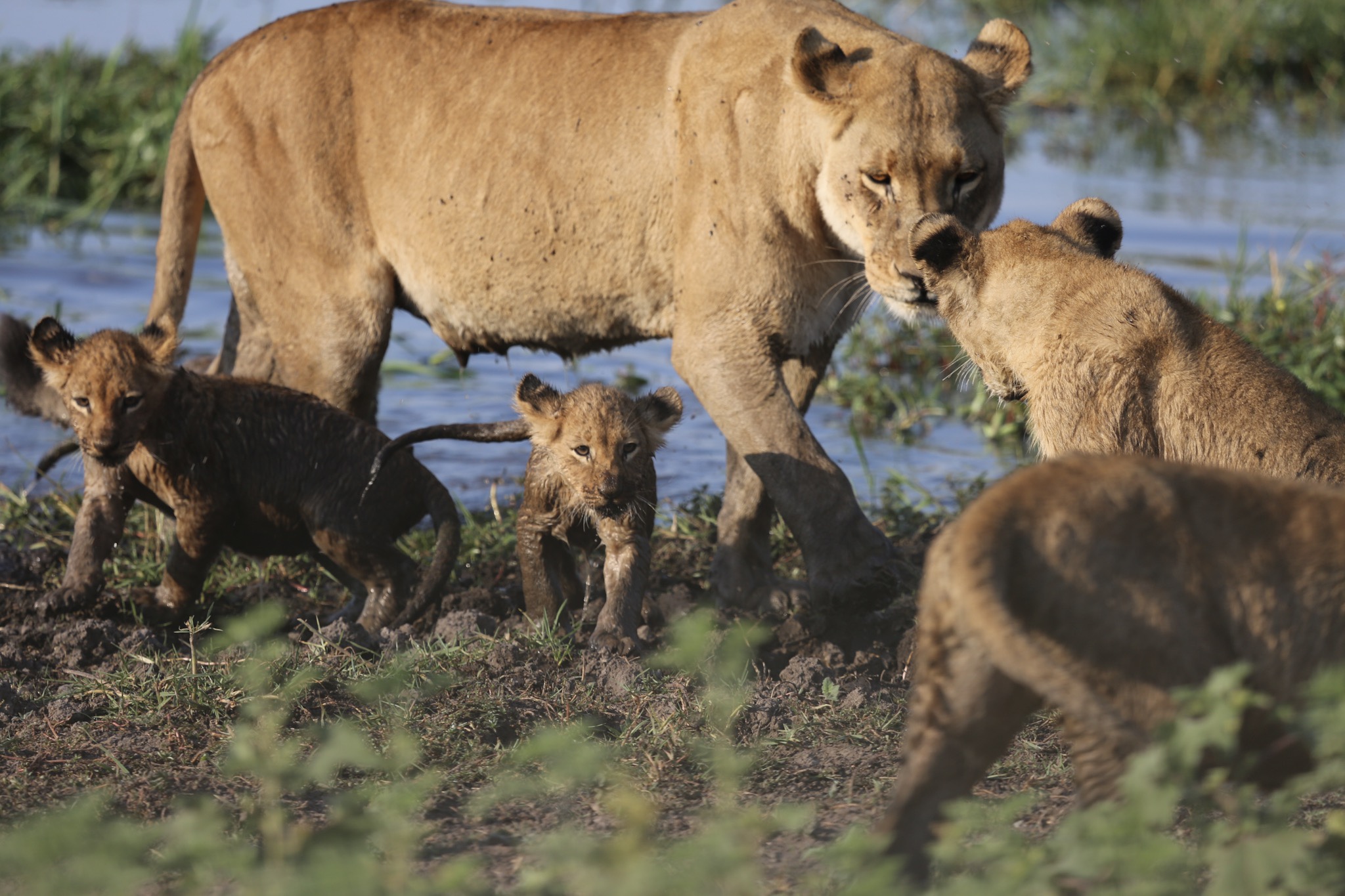 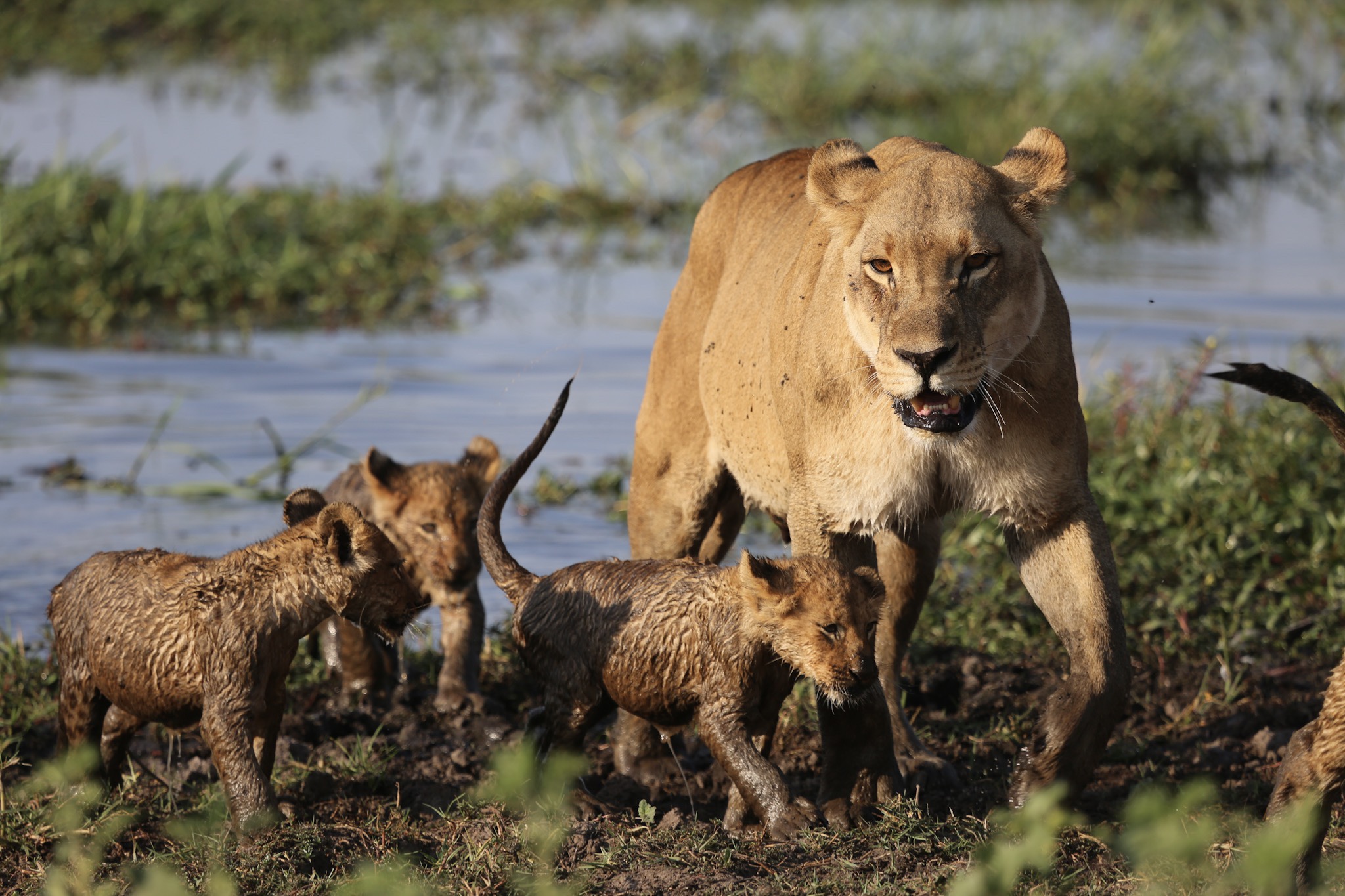