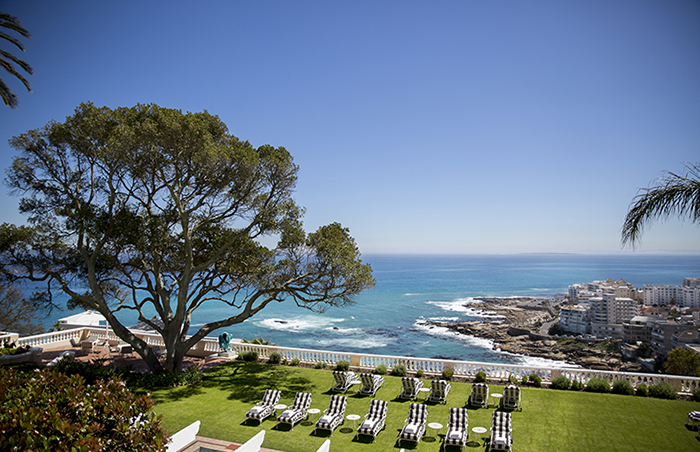 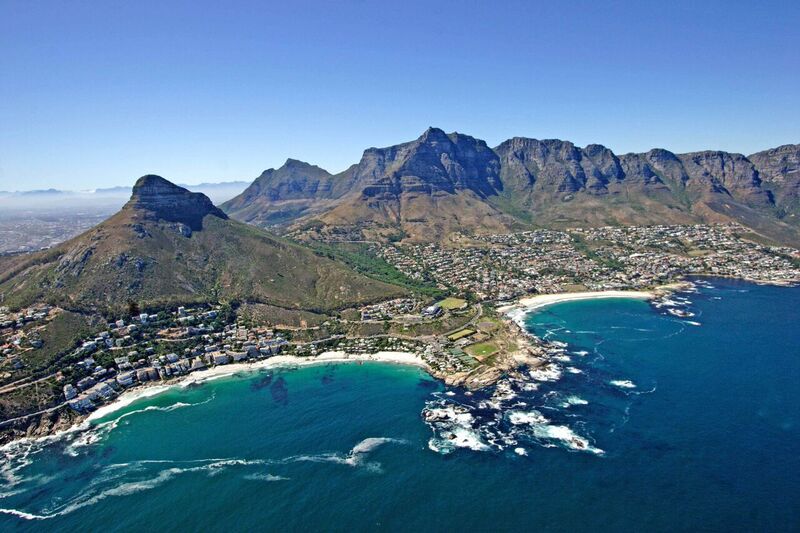 “When your eyes first fall upon the Mediterranean you know at once why it was here that man first stood erect and stretched out his arms toward the sun. It is a blue sea; or rather it is too blue for that hackneyed phrase which has described every muddy pool from pole to pole. It is the fairy blue of Maxfield Parrish’s pictures; blue like blue books, blue oil, blue eyes, and in the shadow of the mountains a green belt of land runs along the coast for a hundred miles and makes a playground for the world.”

F. Scott Fitzgerald wrote these words in an article about his retreat to the French Riviera in the 1920s, though he could very well be describing what is being touted as the Cape’s Riviera – the Atlantic Seaboard on the coast of Cape Town.

The French Riviera, the “hot, sweet south of France”, was where the Fitzgeralds escaped to to live cheaply, while F. Scott concentrated on writing The Great Gatsby, far away from New York’s frenetic social life and partying.

“We were going to the Old World to find a new rhythm to our lives,” Fitzgerald wrote. “With a true conviction that we had left our old selves behind forever.” 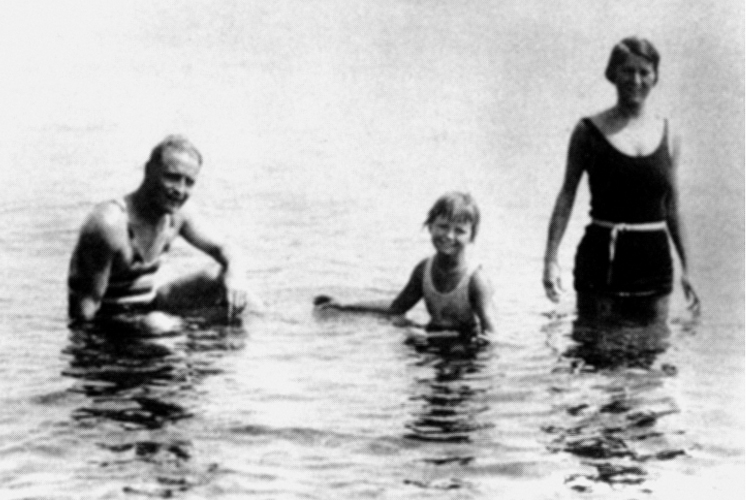 On the French Riviera, Fitzgerald Found His Place in the Sun – The New York Times

Today, the French Riviera has much more of a buzz to it, with the artists and aristocrats initially, followed by today’s jet set, making it their holiday destination of choice. But it is still set between “blue like … blue eyes” ocean and beautiful mountainside on the Mediterranean coast of southeastern France. Côte d’Azur, as it’s called.

The Cape’s Riviera is no different. Natural beauty merges with the glamour of the residents and visitors. Umbrellas are propped between the rocks of the white beaches, between the ice cubes of cocktails held by sunbathers and surfers alike, socialites, local and foreign. And between them lie pockets of quiet and solitude. Places like Ellerman House.

As with the Fitzgerald’s French Riveria, there is something seductive about this part of the Cape’s coast.

Zelda Fitzgerald was herself victim to its charm and gave in to a passionate but short-lived affair with a young French aviator that she met on the beach. Zelda called the Riviera a place where “the blare of the beaten blue and those white palaces shimmering under the heat accentuates things”. Cape Town’s charm is no different. 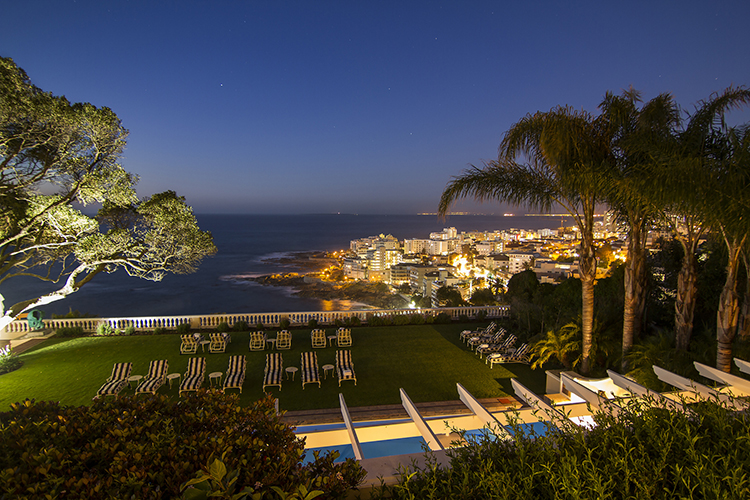 “The Atlantic Seaboard has its own take on Mediterranean chic that is purely South African in style,” stated The Sunday Times last weekend. “It’s the dramatic scenery with villas and architecturally designed houses scaling the slopes of the mountain looking out at stunning views towards the sunset that earn it its moniker.”

One of our favourite of those “architecturally designed houses”, Ellerman House’s main house and two villas overlook a quiet garden and the great Atlantic Ocean with its sunsets… It echoes the paradox of the Cape’s Riviera – solitude among the social life, a retreat to withdraw to and wine and dine in private, while surrounded by the haut monde of Bantry Bay. 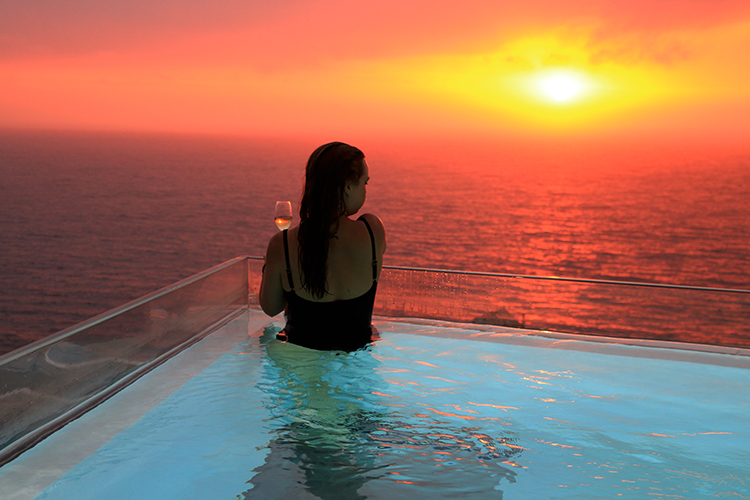 Cuisine on the Coast

When it comes to dining, “there’s no end to imagination in the kitchen,” as the great Julia Child said. It’s a maxim that couldn’t be truer than in the kitchen of Ellerman House’s Head Chef, Veronica Canha-Hibbert. Veronica’s principle for all things culinary?

“Surround yourself with like-minded people and your creativity will grow.” 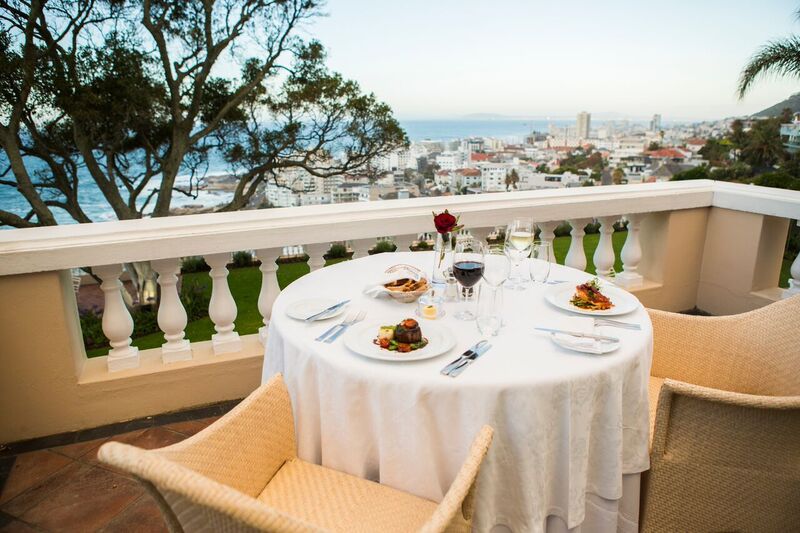 There are many different ways to wine and dine at Ellerman House. Below are a few of our favourites, starting with the Food and Wine Pairing…

Between lunch and dinner, wine steward, Melusi Magodhi, guided us through a wine tasting paired with a bento box of five small courses, in the Wine Gallery, pictured below… 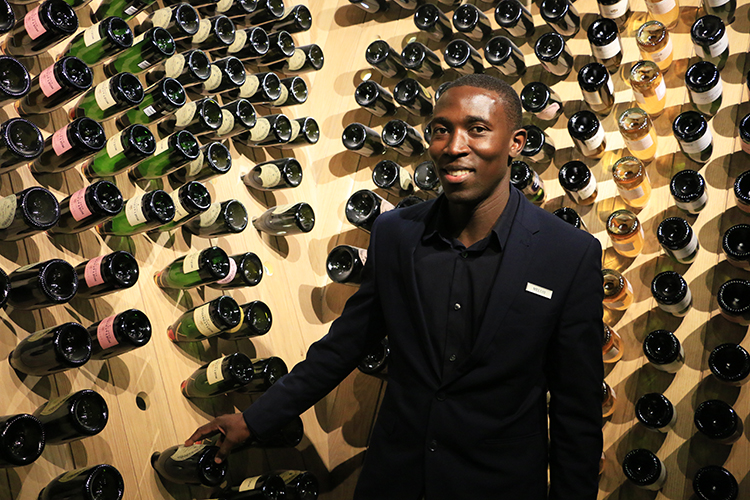 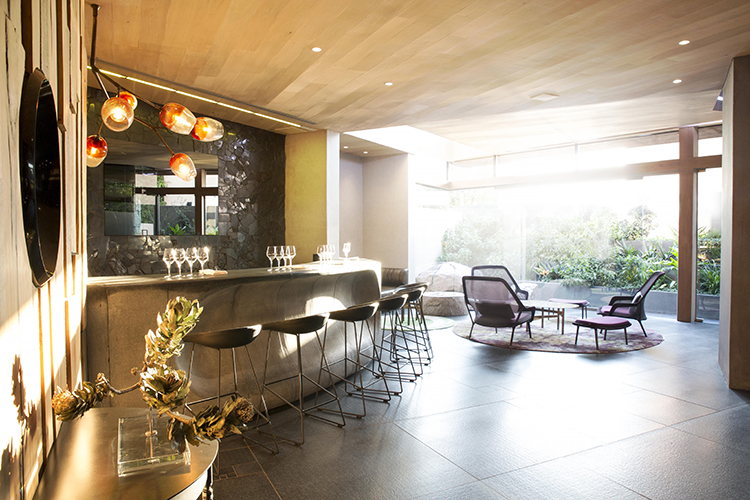 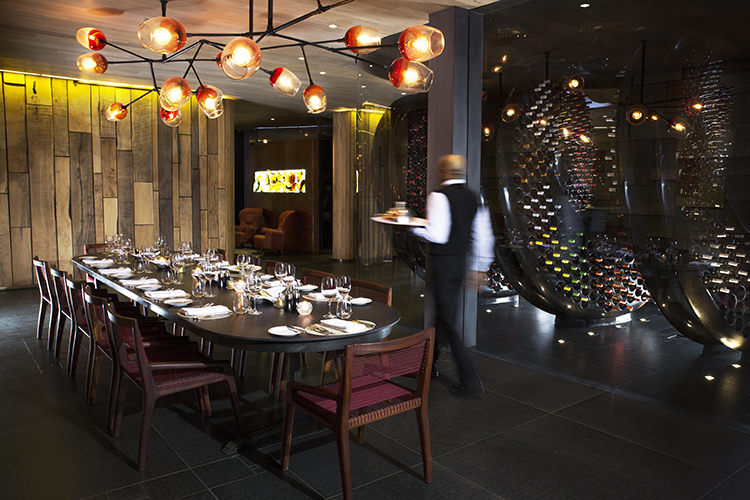 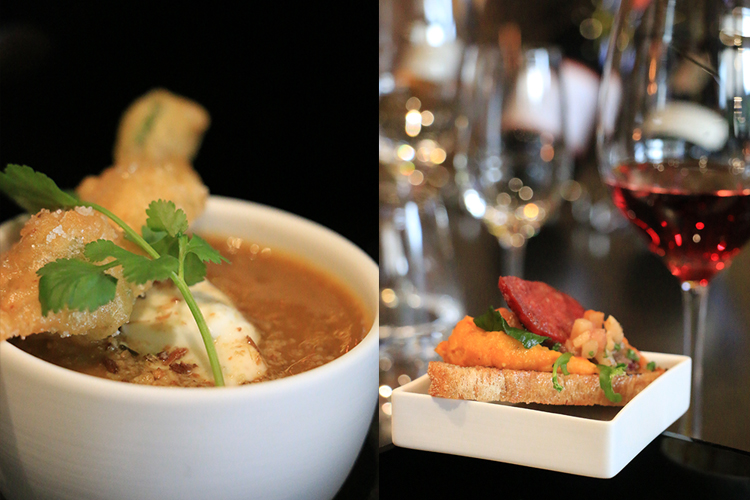 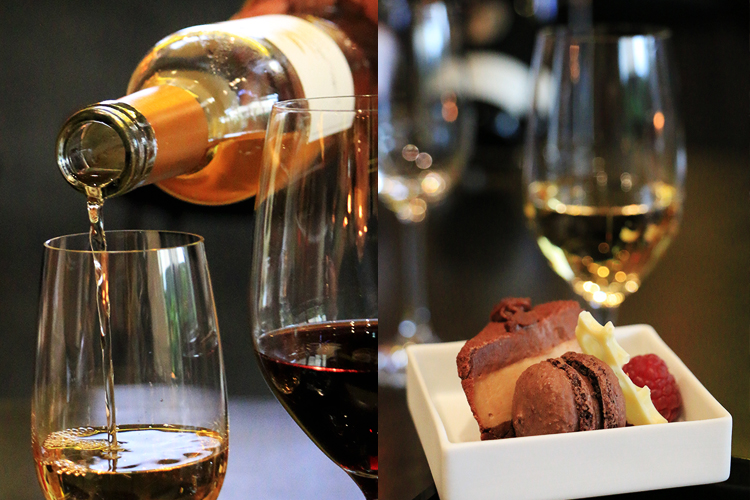 Below, a glimpse into our dinner experience… 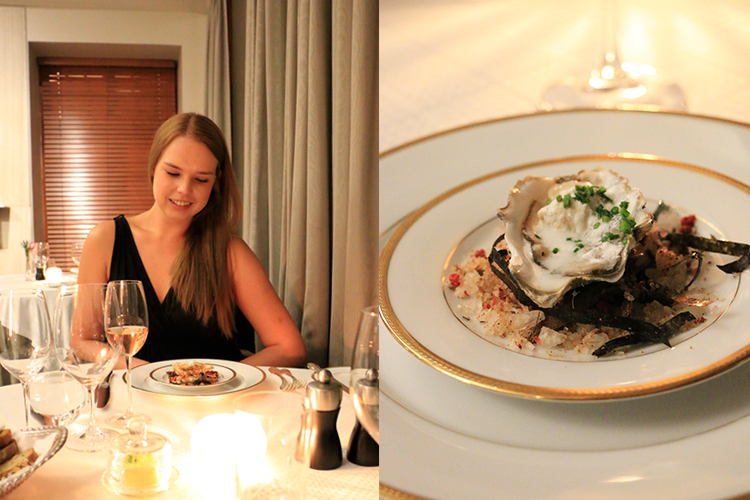 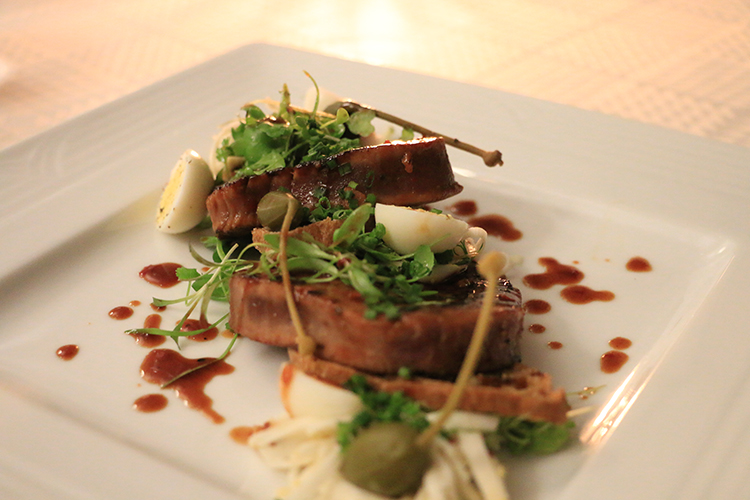 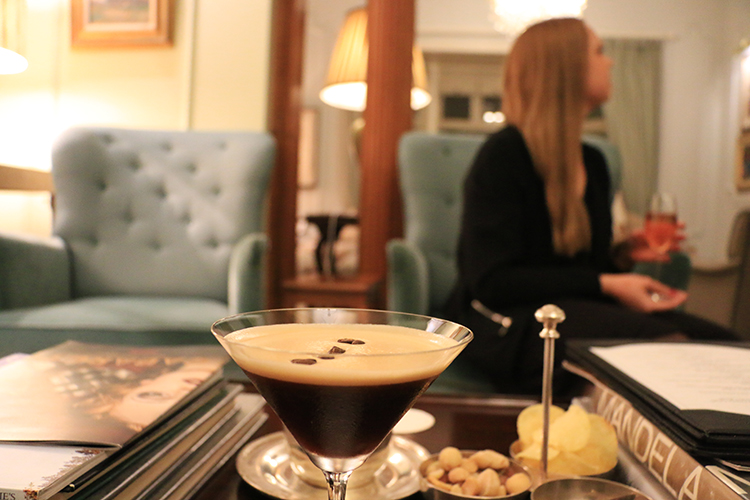 Ellerman House has one of the finest cocktail menus we’ve seen – It is not merely varied and extensive, but also indulgent and unique in its offering. The espresso martini (seen above) is our favourite.

Discover more about Ellerman House in our blogs: