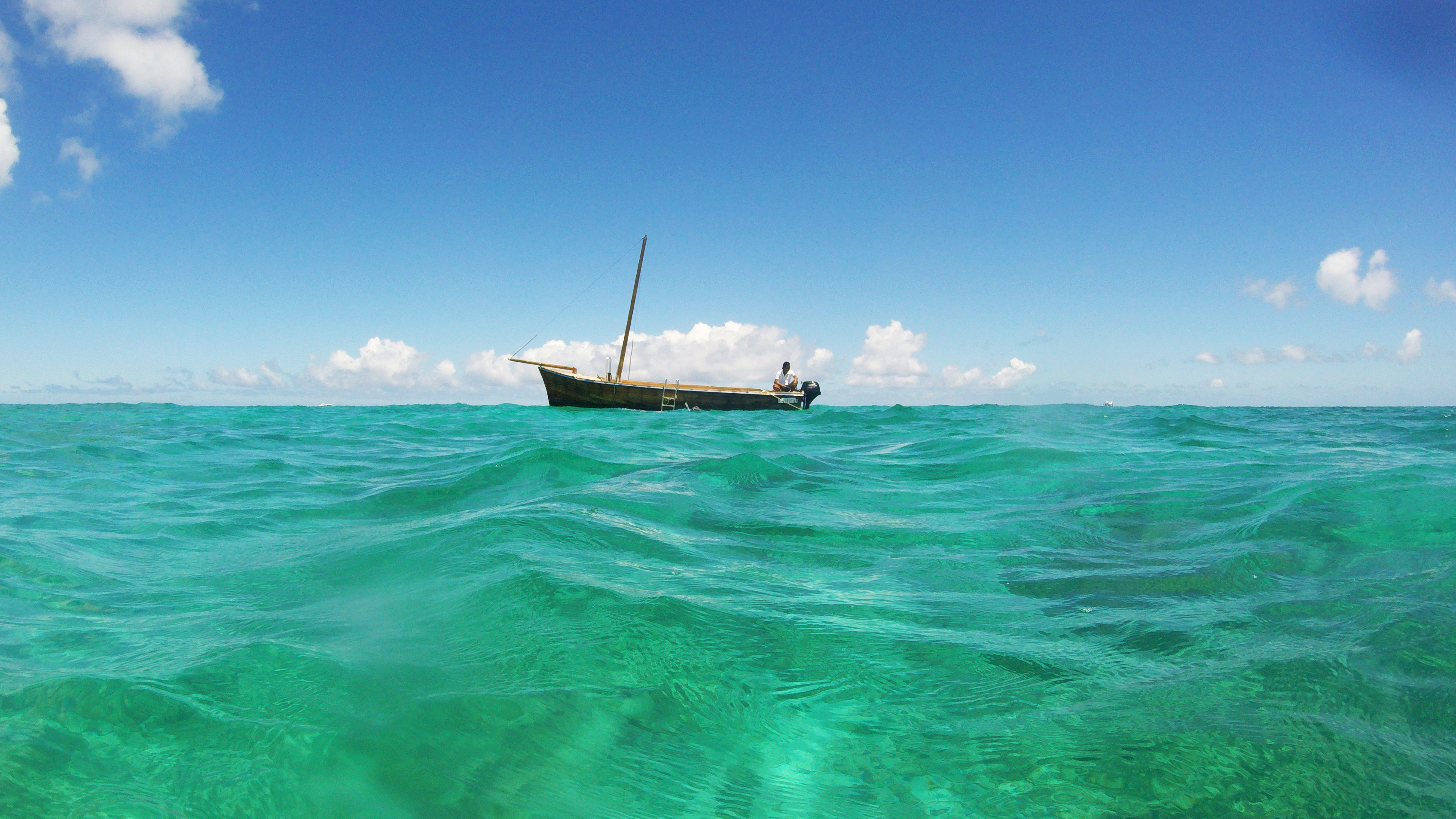 The Indian Ocean… it sinks beneath your skin and starts to alter the very ways you define yourself, the way you see life. I’ve never considered myself much of a sea person, opting for the mountains and forests instead, but perhaps the things we love most are simply the things we’ve given more of our attention to.

In the name of embracing life, in all its intricacies and dimensions, my mission has been to learn more about that which I don’t know, that which I sometimes even fear.  For instance, the ocean.

There have been a few muses on my escapade. The first was an ocean unlike any I was used to. One much warmer and with several islands to hop to and from. The Indian Ocean. Starting with Madagascar…

At Anjajavy le Lodge on the north-west coast of the island, a new world of sea life I’d never before glimpsed showed itself to me. And, beside my guide, heading down, down, down with our flippers and snorkels, I felt safe, protected, excited by the unfamiliar rather than daunted.

Hanli Prinsloo, an experienced freediver and ocean lover, talks about this new world and the feeling of merging with it in a piece entitled, “What freediving can teach you about your body’s potential.”

It is insight that has inspired my own journey, because, as she writes, “it’s when you’ve discovered your inner aquatic animal that you can experience the ocean as just another creature, not an interloper with a big, bubbling gas tank. The beauty of our oceans … becomes yours to explore.”

She continues: “On one breath I leave the surface and kick my way down to where the liquid turns black. The sun is only a memory. Water presses in on me from all sides squeezing me harder than I think I can survive. But it’s still only water. Kicking, I fall deeper and deeper. Down there, the ocean feels like my private ocean. I’m reminded: I am water.

“To freedive is to feel the deep ancestry of our species—and to know that our species is still adapted to life under water.” The sea is “the place where we came from, and where we can return at least temporarily.” Read more from her here.

I returned to the ocean for further practice at mammalian diving on a trip to Mauritius, at 20 Degres Sud. For several hours, we snorkelled off the side of an old pirogue, in a sea so blue, soft pastel in its hue. We played in the warmth and freedom, the silence and solitude, for so long that I started to feel the shift.

No mermaid tail grew, but I understood, then, how surfers spend every waking hour in the waves, how a wet-suit or surfboard might replace running shoes or Nordic poles.

Flying over the island of Reunion in a helicopter, starting at Blue Margouillat, I saw the bigger picture: ocean surrounding land, connecting each island to the next; and around Reunion: the warm waters of the lagoon lapping the sand, ocean waves beating against cliffs. Down below, in the island’s clear blue, other divers would be gliding over coral that is described as twisted like ancient trees, with stalactites and large-leaved marine plants. Trunkfish, surgeonfish, butterflyfish: friends whose names I was starting to remember.

On the east coast of Zanzibar, at Zanzibar White Sand Luxury Villas & Spa, the same warm sea flowed in and out, in and out, on shore. But deeper in the turquoise, and with new sea legs, I found the peace again. Surrounded by sea like my own personal island, society and its restraints, rules and responsibilities were mere imaginings. Around me, others experienced the wilder side of ocean life, windsurfing, stand-up-paddleboarding, kayaking.

In the Seychelles, I sat on the sandy beach of a private island – North Island – and let the transformation take place. I pondered pre-human existence and the rich life I’d witnessed in the deep big blue. I watched a hatchback turtle lay her eggs in a nest on land and then return to the sea.

How much easier her travels appeared once the waves had taken her! On shore, she braked after each tiring step, lugging her heavy shell along with her. Her flippers could let go of the burden once in those crystal waters. For the first time in my life, I wanted to be a weightless hatchling swimming beside her, to trace her journey into the great unknown – a land where no maps detail each road and highway, because there simply are none.

There is still much more to learn, but as I write this there is a snorkelling mask beside me – and a wetsuit that has finally made it out of the wardrobe. Which is a glide in the right direction – one out of fear, toward understanding. And maybe even love…