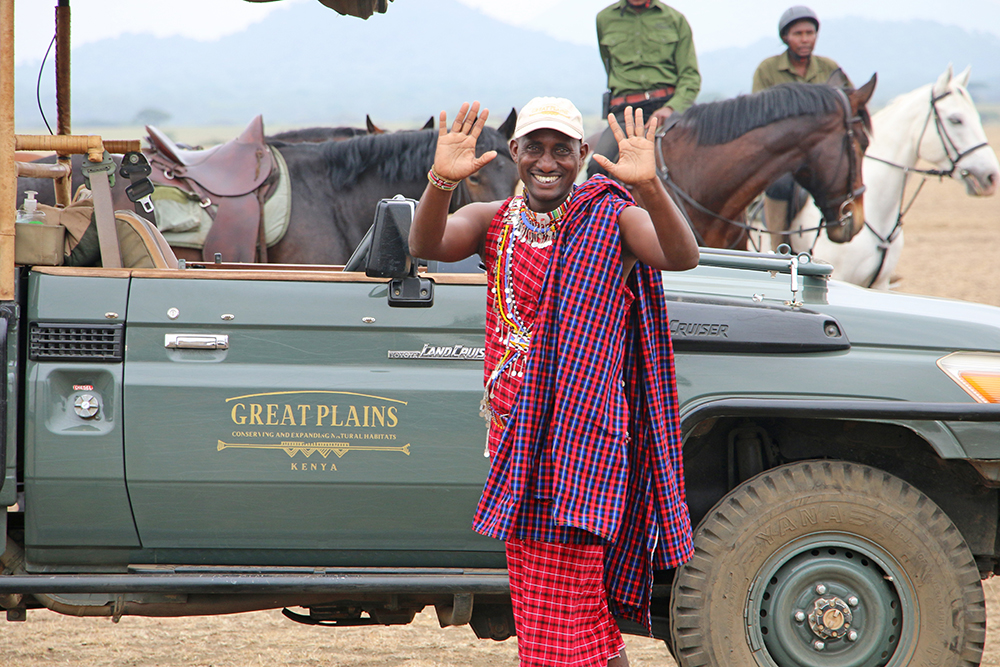 People are always asking that. It’s not good enough that we’ve bravely mounted bicycles and game vehicles and slept among roaming lion prides and night-creeping hippos. We need to ride horses too, through the greatest wildernesses in the world.

I’ve witnessed many travellers scoff at such a question. I’ve also witnessed pro-riders leap gallantly at the suggestion, heading out on rides as often as time on their safari allows.

I’m somewhere in between these two types. To the invite to ride, I scoff and leap at the same time. 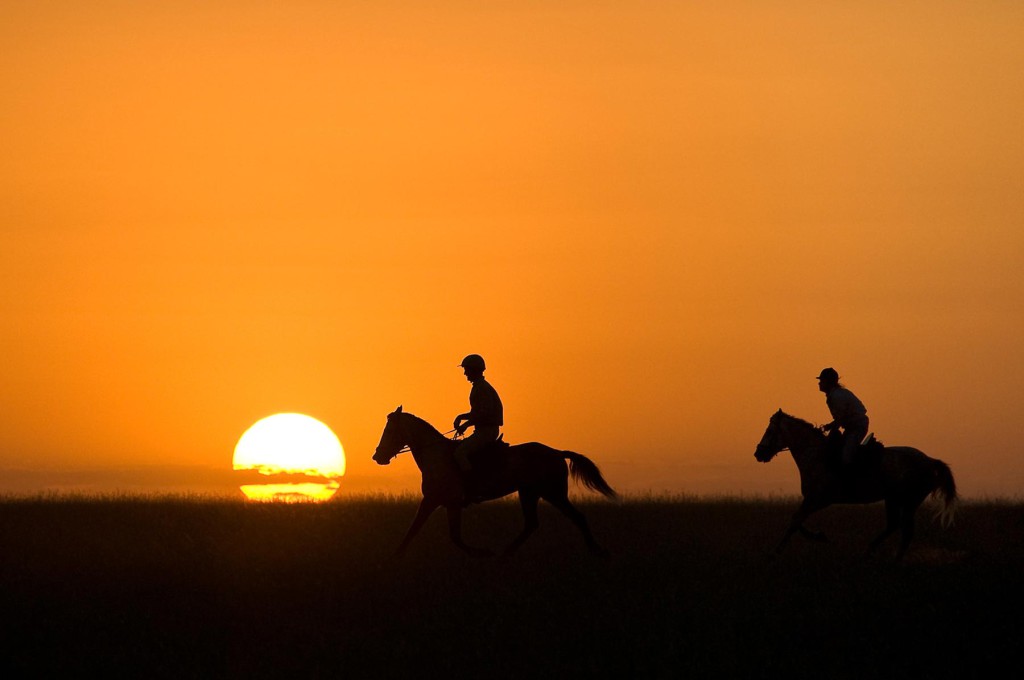 “Yes, of course I ride! I’ve been on six horses! And I’ve never fallen off! Although I did once contemplate bolting from a spooked horse during his furious downhill dash, one dark and scary night in the countryside.”

The Chyulu Hills in Kenya, at ol Donyo Lodge, is no countryside, though. Nor is the Maasai Mara, at Mara Plains Camp. There are all kinds of marvellous animals hiding and seeking.

At ol Donyo Lodge, as another eager, but much more proficient rider headed out with one guide on our early morning expedition, I joined two other guides (obviously my reply had not been overly convincing) for a slow walk. Atop the great white mare I’d been partnered with, the wildlife did a little less hiding and more seeking.

In the open plains, some distance from camp, we sidled through a tower of six or so giraffe, munching on trees (the giraffes, not us), and then zebra and wildebeest, and I realised just what it is about riding a horse in the wild that makes the challenge worthwhile.

Giraffe and other wildlife view you as just another animal when you’re on the back of a horse, rather than on foot, allowing you to get much closer. 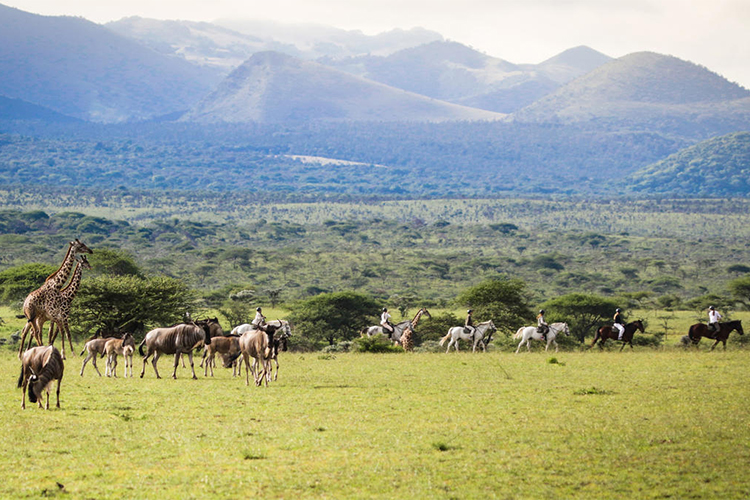 With the one guide in front of me and the other behind, and an animal of great muscle below me, I felt protected. And yet, looking into a giraffe’s eye at almost eye-level, I felt completely open, bare. Barriers dissolved, nothing stood between me and nature. The way nature intended.

I let the quietness of no motor, no voices, settle around us, in us. I heard my thoughts stir, listened to fear rise and sink back down, comforted, like a dog having her head patted.

Peace, that’s what it was all about. 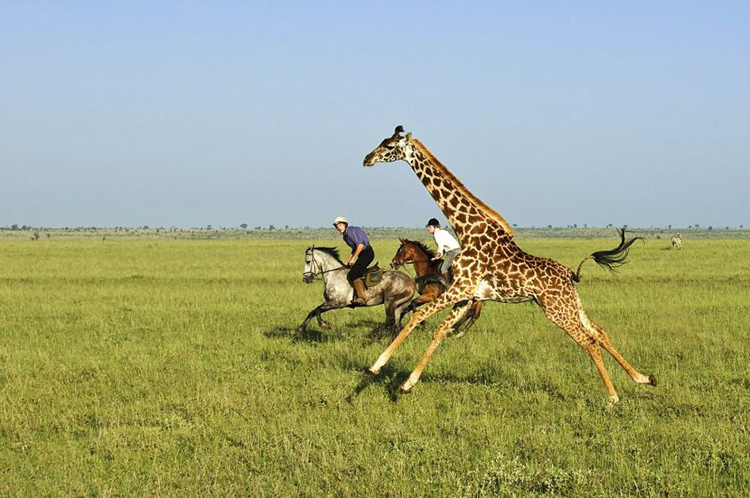 “I could do this all day!” I shouted to the guides.

“Ok,” the fellow behind me, chirped, “so shall we break into a trot then? Maybe a gallop?”

“Always with the pushing! Fine, I choose trot.”

But it was still early and oh, look, breakfast was set up under a tree in the distance… 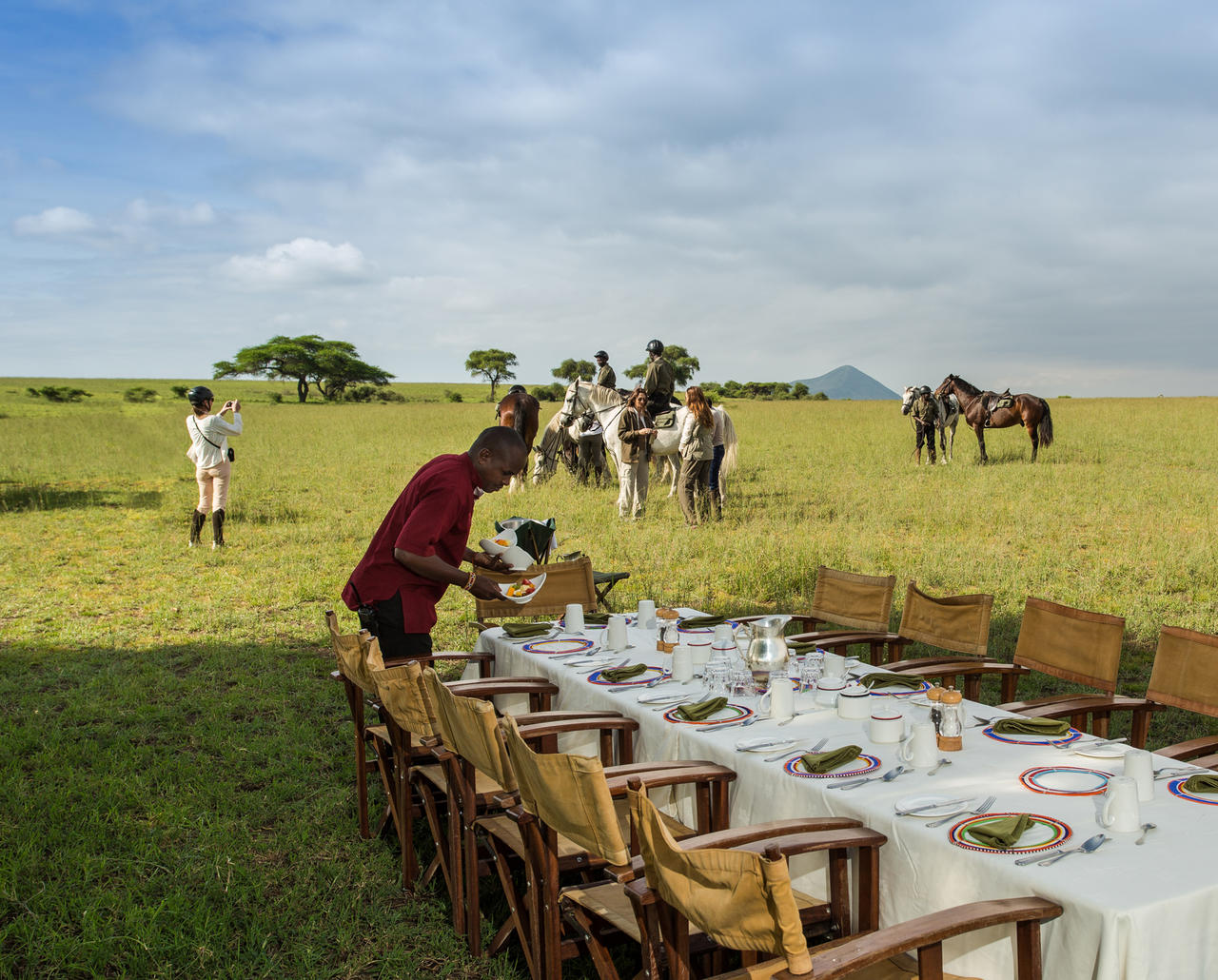 Under the dappled shade, we dismounted and made our way to a chair around the table.

“We’ve come across two cheetah while on a ride before,” said the one guide. “Only a couple of metres from our hooves! We just stood still while the animals slowly walked past us. They acknowledged us with a subtle glance and tilt of the head and then continued on their way.”

“How often in life do you get to experience such an incredible animal up-close like that?” Another guide continued. “And while sharing your perspective of it with another animal? And it really doesn’t matter whether you’re a beginner or pro.” He looked at me. “Horses all have different personalities. Just like us. And there’s a right horse for you just as there is a right rider for each horse.” 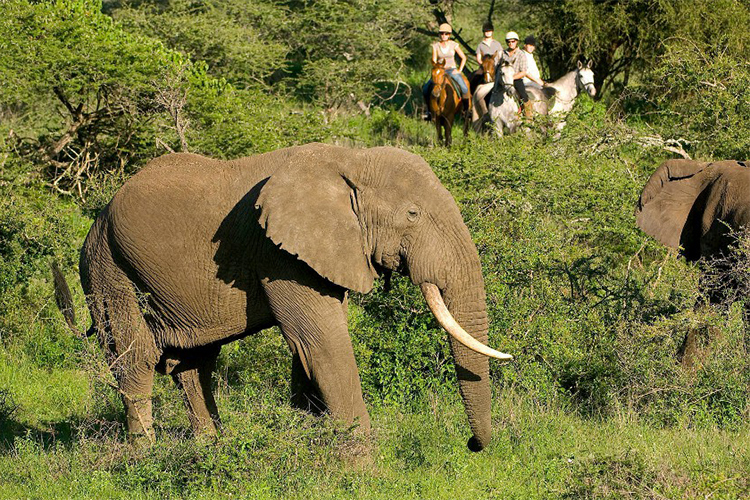 “And, maybe,” I said, “it’s not about whether you’re a beginner or pro, whether you’re walking, trotting, cantering or galloping, because it’s in being still and silent with the animals on the ride that feels the most special. It’s when you really get to connect with it all.”

So yes, I ride. But I do “still and silent” so much better. 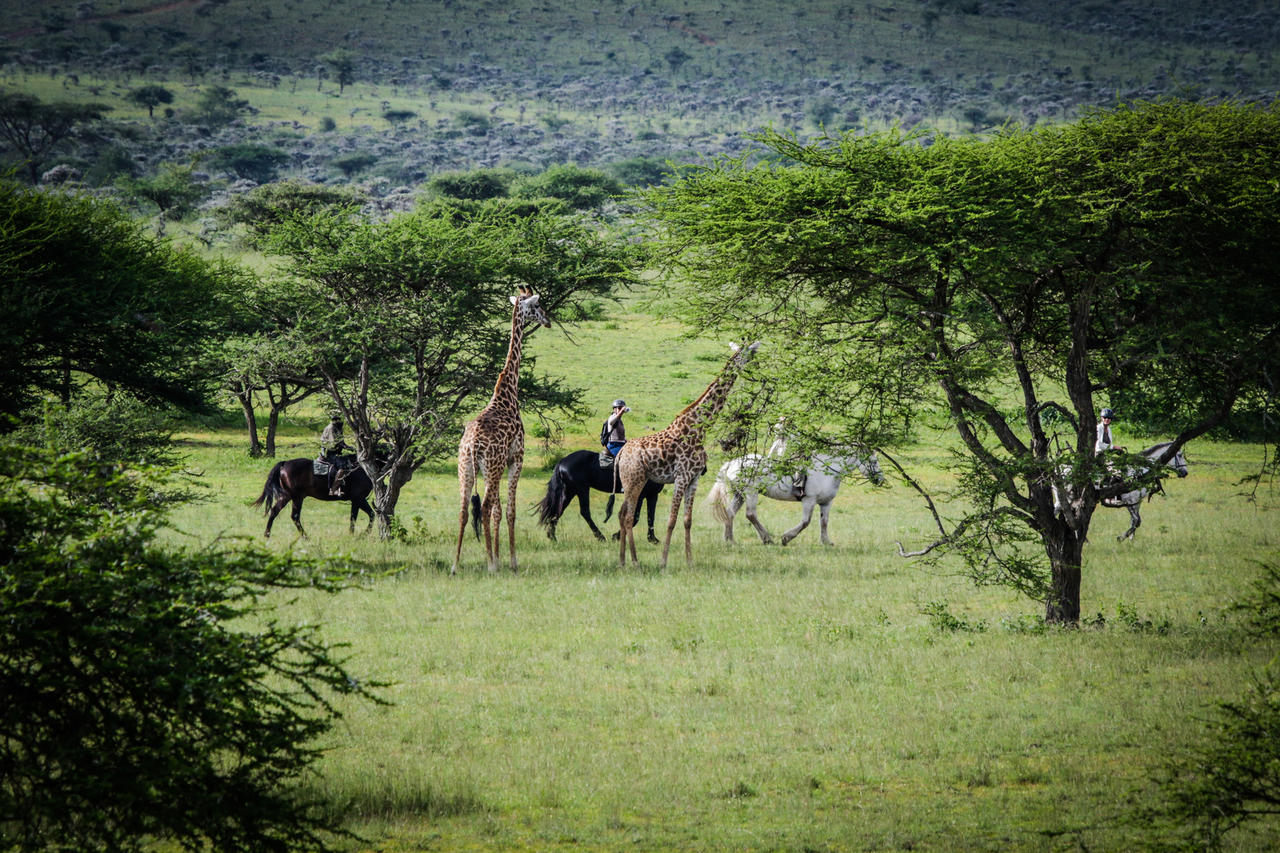 “The essential joy of being with horses is that it brings us in contact with the rare elements of grace, beauty, spirit and fire.” – Shannon Ralls Lemon