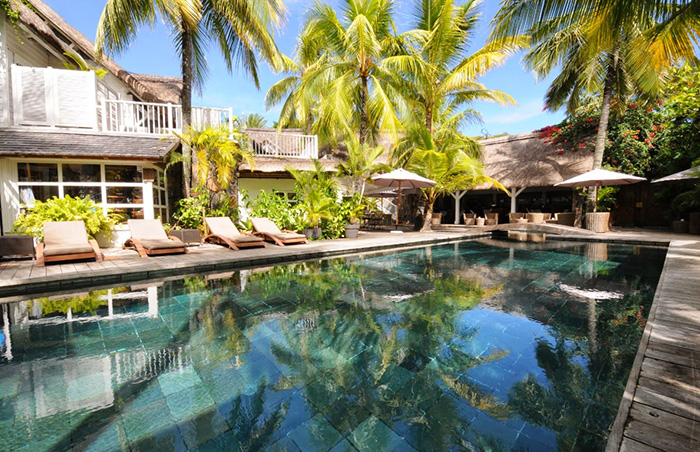 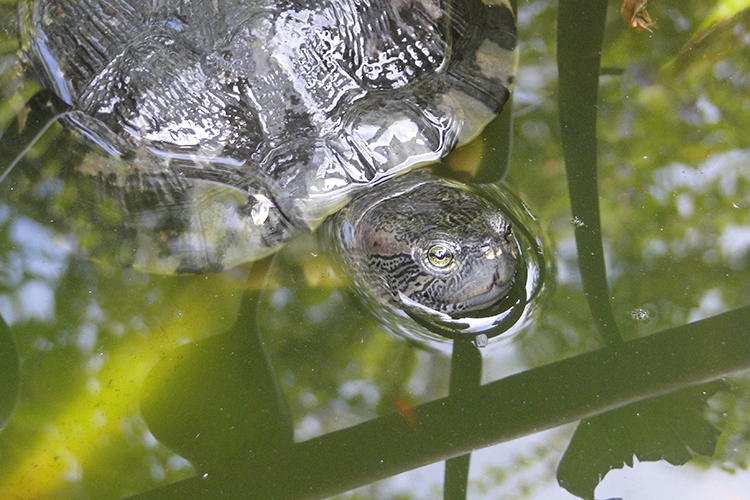 “The world isn’t just the way it is. It is how we understand it, no? And in understanding something, we bring something to it, no? Doesn’t that make life a story?”
― Yann Martel, Life of Pi

Mostly, I really just enjoy saying it, even when I’m far from its stubby bottles and tall royals, giant Victoria amazonicas and aldabras, and the crimson hues of its Madagascar fody and resident deer. But when exploring the island of Mauritius, in particular the north around the capital of Port Louis where the gardens lie, I enjoy them for the escape they provide, an inner-city horticultural hideaway and one that has been there since 1735.

Named after Sir Seewoosagur Ramgoolam, the first prime minister of independent Mauritius, they were started by Mahé de Labourdonnais, a French naval officer and administrator, in the service of the French East India, as a vegetable plot for his Mon Plaisir Château. Nearby is the funerary platform where Sir Ramgoolam was cremated – his ashes are now one with the Ganges River in India. 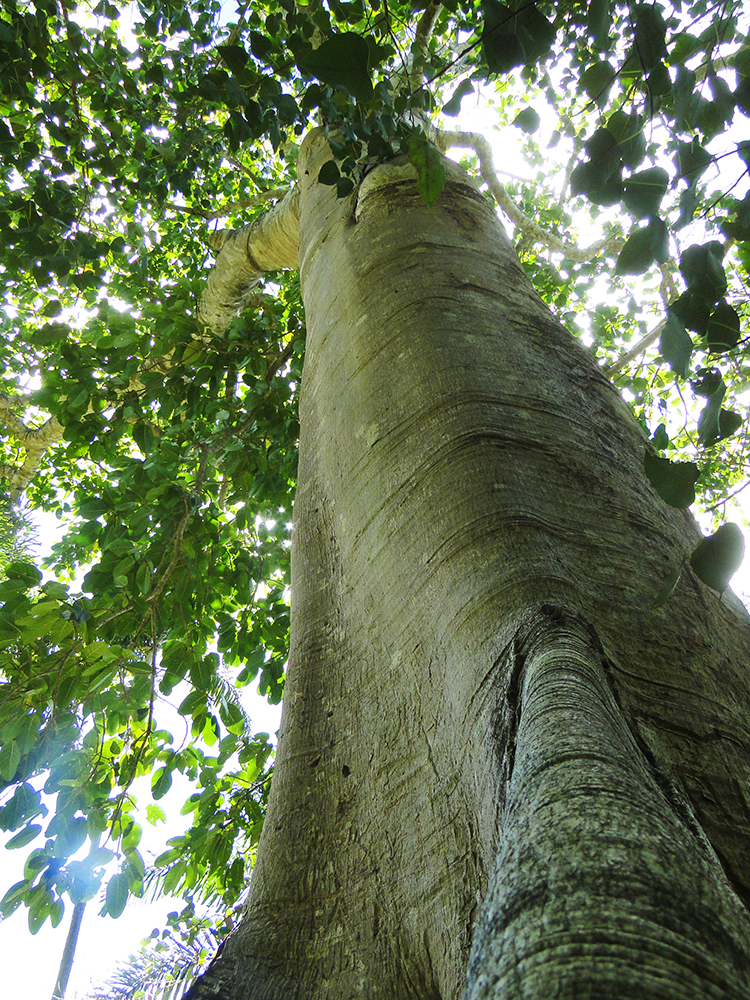 From vegetable garden to horticultural espionage

French horticulturalist, Pierre Poivre took over the gardens and used them in the same way the Kew Gardens were used. According to Lonely Planet, around the 1700s, Poivre took to its soils and began planting tropical trees, shrubs and plants he ‘acquired’ from all over the world. His goal was to end France’s dependence on Asian spices.

It was Poivre who introduced spice plants such as clove and nutmeg to Mauritius (as well as Reunion and the Seychelles). Since these commodities were at the time controlled by the Dutch, he undertook sneaky smuggling forays to obtain plants and seeds from the Indies.

While the gardens fell into neglect from 1810 and 1849, British horticulturalist, James Duncan transformed them into an arboretum for palms – talipot palms, which flower once after about 40 years and then die, and other varieties like the raffia, sugar, toddy, fever, fan and sealing-wax palms – as well as other tropical trees – the marmalade box tree, fish poison tree and sausage tree. 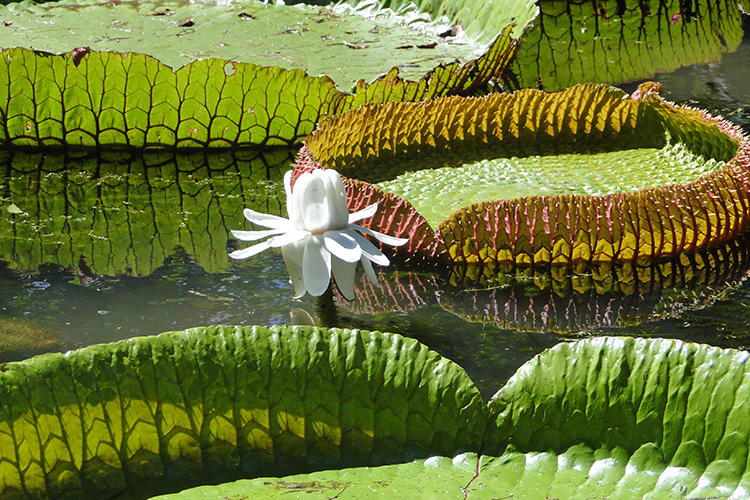 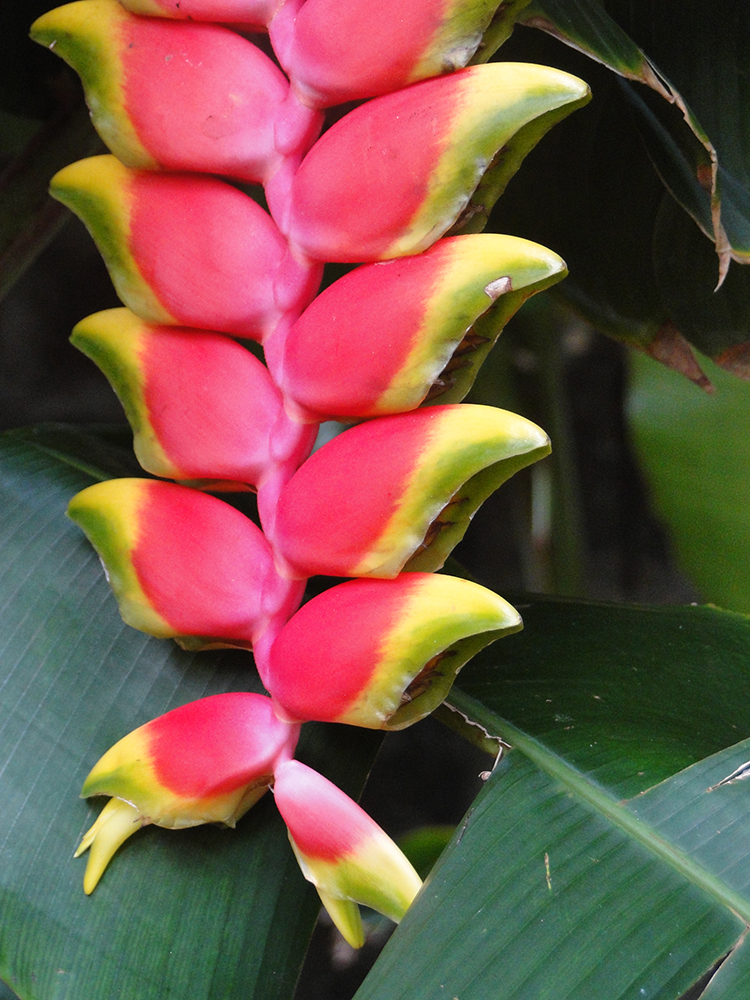 Entering through the towering gates of this 25-hectare garden takes me right back to the dark cinema house where the film, Life of Pi dazzled us on the big screen. Before Pi ends up in the raft with a tiger, that is. Rather, the scenes featuring the impressive Le Jardin Botanique de Pondicherry, the botanical gardens used as the setting for the zoo where Pi’s father works.

Perhaps the similarity has to do with the French and Indian heritage both gardens share. Like the Sir Seewoosagur Ramgoolam Botanical Gardens, Pondicherry’s was also created by the French, in 1826. The Mauritian gardens also retain strong cultural Indian links and nuances – a heritage originating from the labourers brought over from India to work in the country’s sugar cane fields. 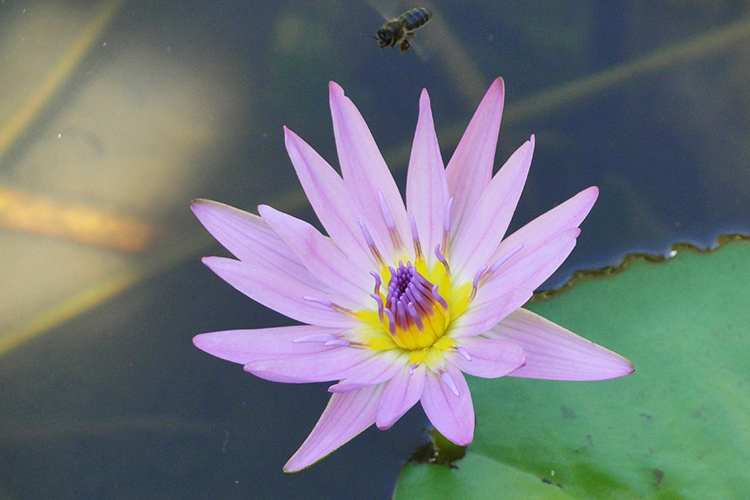 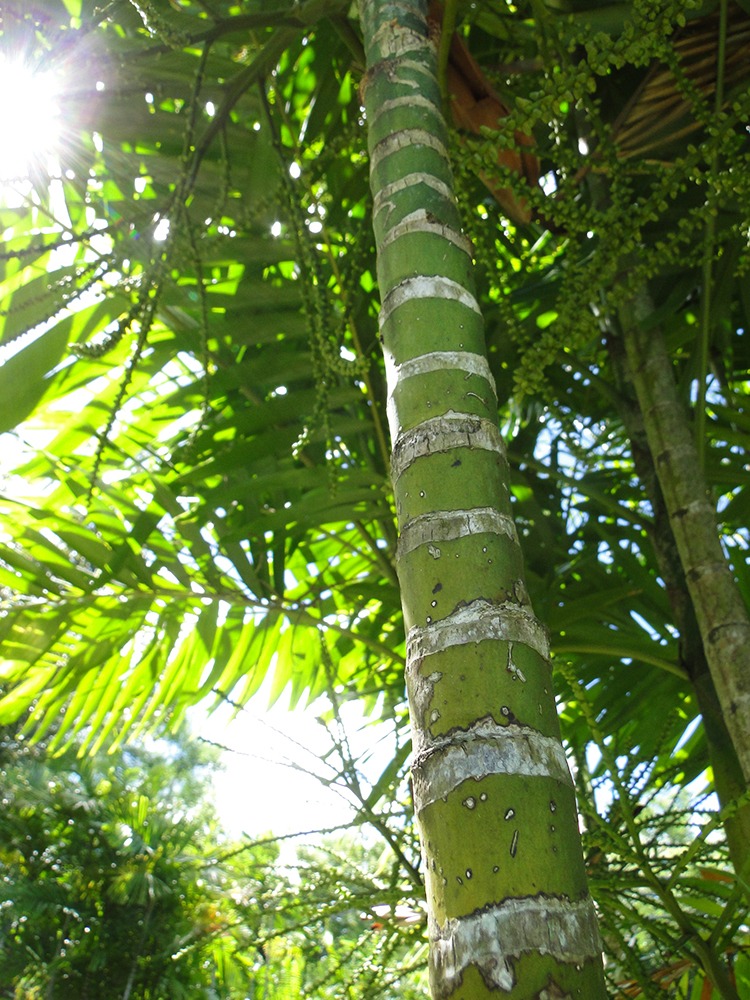 This is the story I see when I look at the gardens – one of great history, timelines intertwined, different nations and races and creeds coming and going, mixing together like the varied plants and trees from all over Africa, Asia, the Americas and Indian Ocean island that inhabit one of the world’s finest botanical gardens.

The protagonist of this story is surely the long pond of giant Victoria amazonica water lilies. These South American natives would make for a great tea tray – although at two metres, it would have to be a very special tea party. Lonely Planet recommends going to see them in the warm summer months, notably January, when they are at their biggest and best. 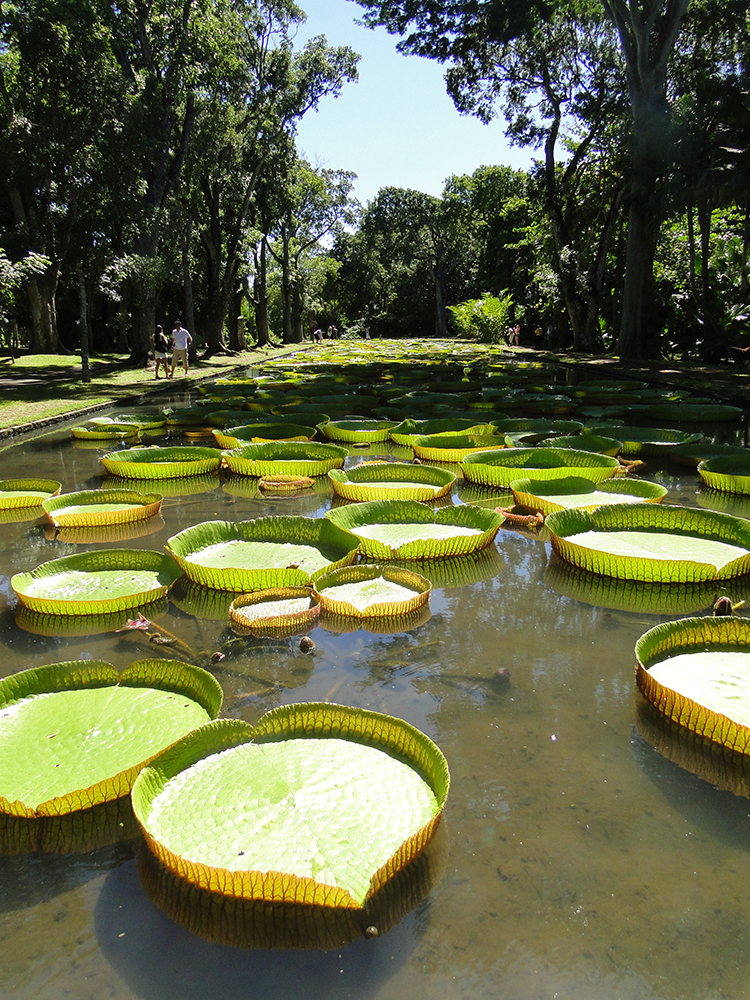 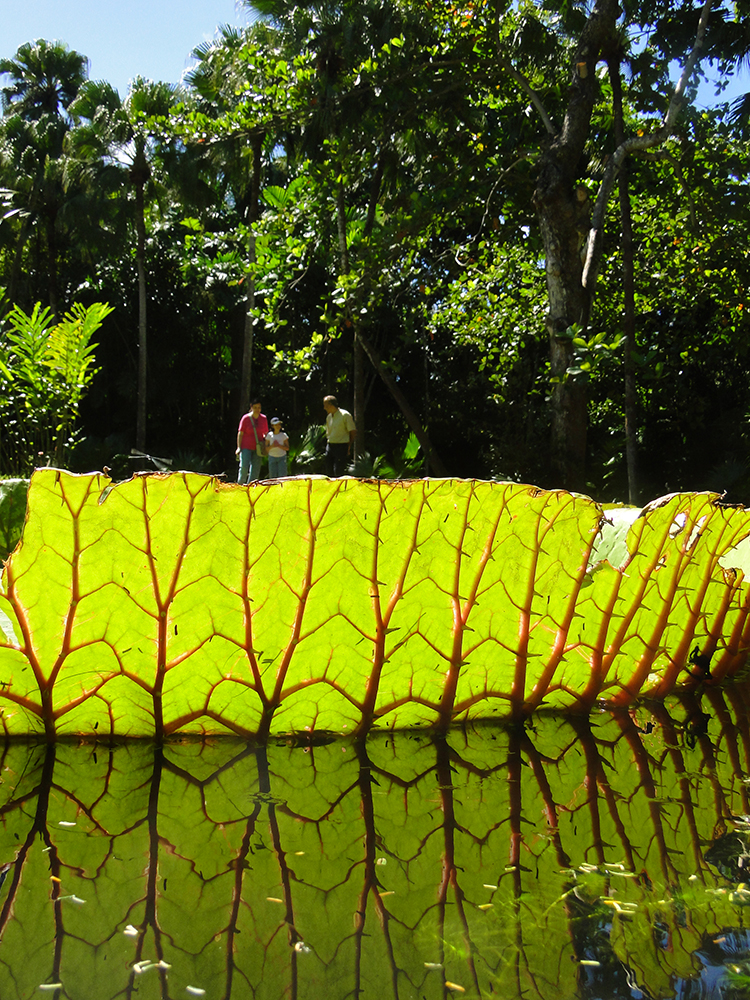 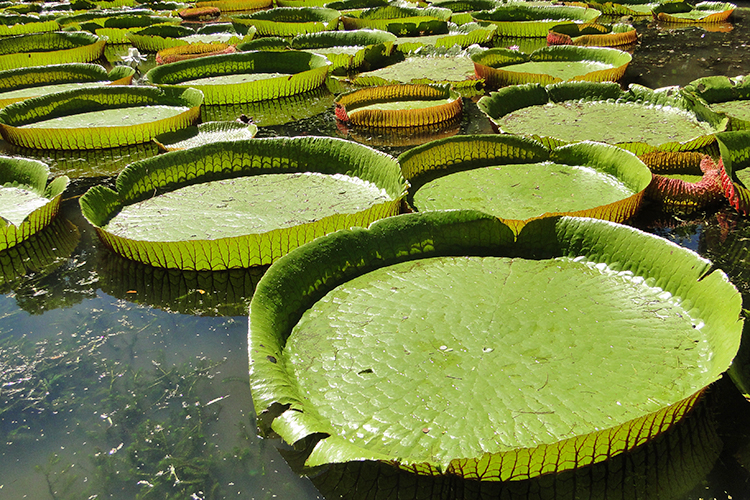 On your visit to the island, hire one of the knowledgeable guides at the entrance (or hop on a golf-buggy tour if you wish) and peruse the grounds. Go in search of the different trees planted by various international dignitaries over the years – such as the late Nelson Mandela, Indira Gandhi and several British royals.

Where To Stay: 20° Sud boutique hôtel, a delightful colonial mansion in a coconut grove at the water’s edge in Grand Baie, Mauritius. Discover more about this hotel in our blog, The Perks of Paradise.