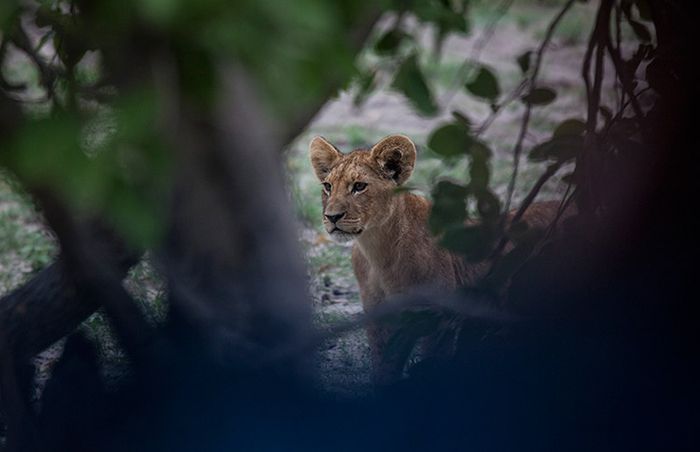 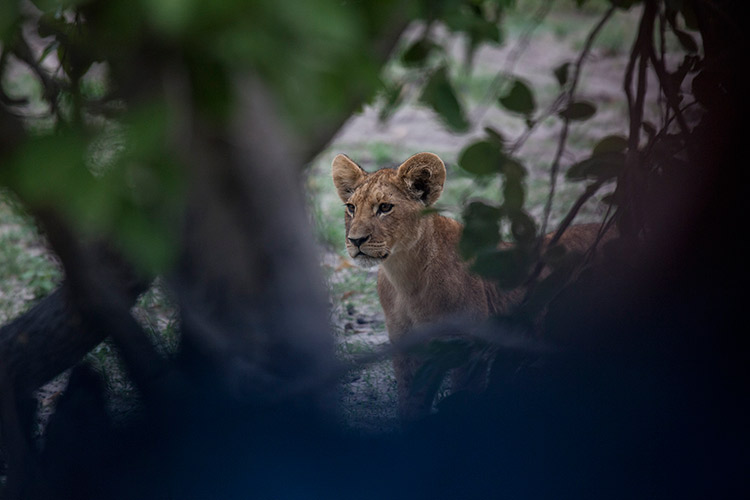 The air is vacant, frozen. Only three things exist: the lion, the safari vehicle and me. This is the feeling of time standing still. And fear. My fear. Obviously. Today, this lion is king. His gaze is locked on me. It doesn’t waiver until a younger cub breaks his focus, brings us back to the world.

Lets Kamogelo, my ranger at Zarafa Camp, comes back into view. The cub has lost his way, he explains, has wandered too far from his mother and his pride. Here in the wilderness of the Selinda Reserve in Botswana, the sun is falling fast on our evening game drive, casting shadows across the cub and elder. Without his pride’s protection, Lets says, the cub may not survive the night. 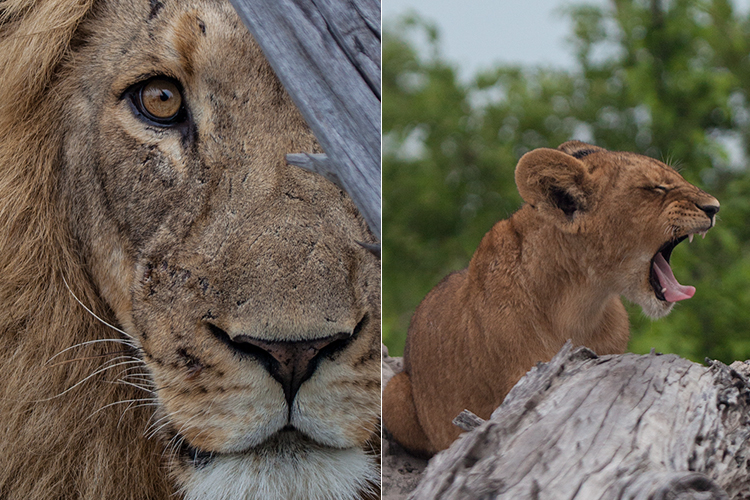 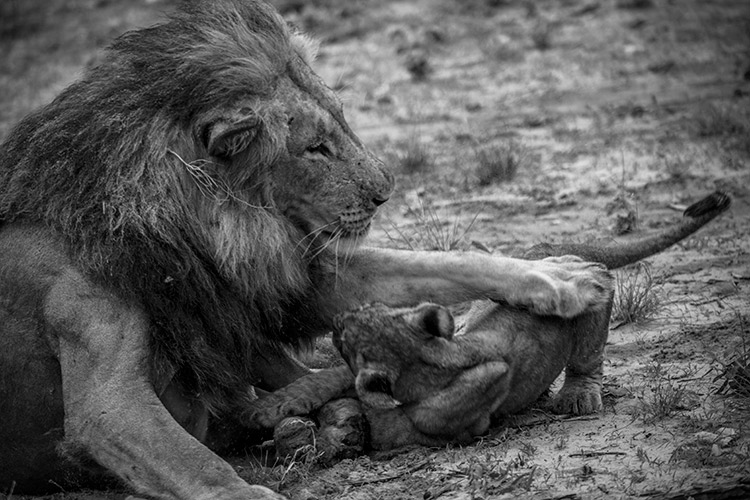 In the last light of day, the little lion strides up a sandy hill and exhales a long moan into the cool dusk air, calling out to his family. It is heartbreaking. The older male and his partner, lying some distance away, have no interest in the wanderer. He is not one of them. Not in terms of blood. They will not protect him from the evils of the wild. 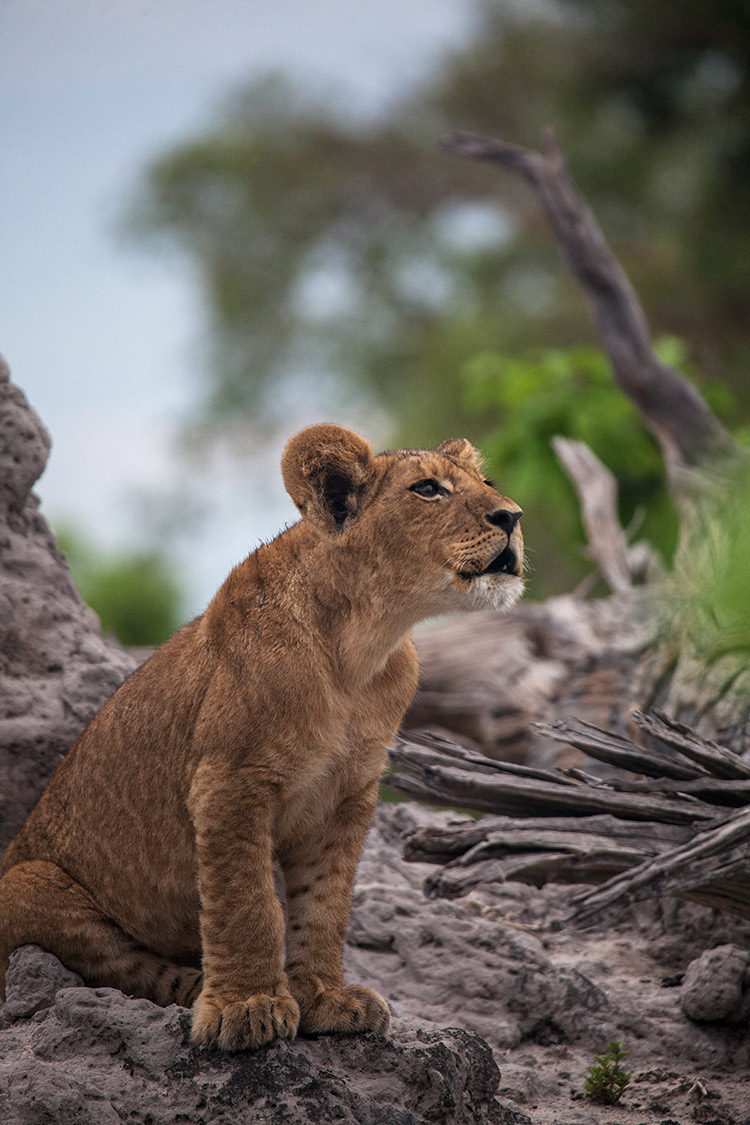 It is in this moment that my thoughts drift to Munich, my Manx, and the brilliance of her breed. Not sunsets, G&Ts and warm towels. But my Manx, Munich, at home in her handmade felt bubble bed. The domestic cat, considered today to be the most popular pet in the world, has cleverly managed to bypass all the less desirable qualities of the lives of their wilder counterparts. Cleverly and of their own volition, as it turns out.

An expert on the subject, Dr. Leslie Lyons of the University of California, Davis School of Veterinary Medicine, says:

“We say cats adapted themselves to us rather than the other way around. As humans became farmers, we started a civilization. And civilization has grain stores and refuse piles, two things that draw rodents. Cats started coming closer to households to eat the rodents, filling the niche that humans developed. Cats were the first to come close to humans. We tolerated them because they ate the rodents, and cats tolerated humans because we provided food.” 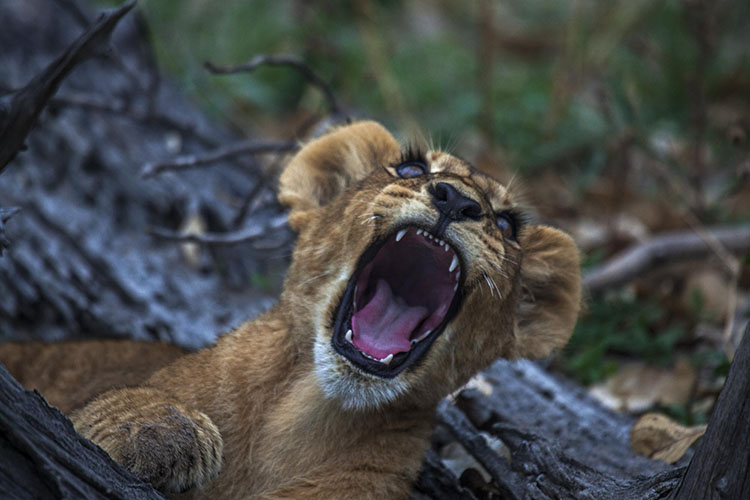 But of course, as much as we fawn over them as pets, our Manxes and Tabbies, our Persians and Raggamuffins (yes, that is the name of an actual breed of cat) don’t evoke the same awe in us as The Big Cats. They don’t make time stand still. Not compared to a lone female leopard slinked along a jackalberry branch, mere metres away, her stomach fat with new life and her rosetted tail hanging from the tree like ivy…

Safaris present you with these frozen moments, a glimpse into the wild, at both its dangers and miracles. They let you enter the secret life of the cat, not the cat of the popular Nat Geo documentary, but the other “untrainable lazy bundle of fur”. The Big Cats. And their own world of revealing personalities and talents.

Discover this world below, through our Big Cat experience, or on a safari of your own.

Images Above: by Tamlin Wightman. Images below: as credited 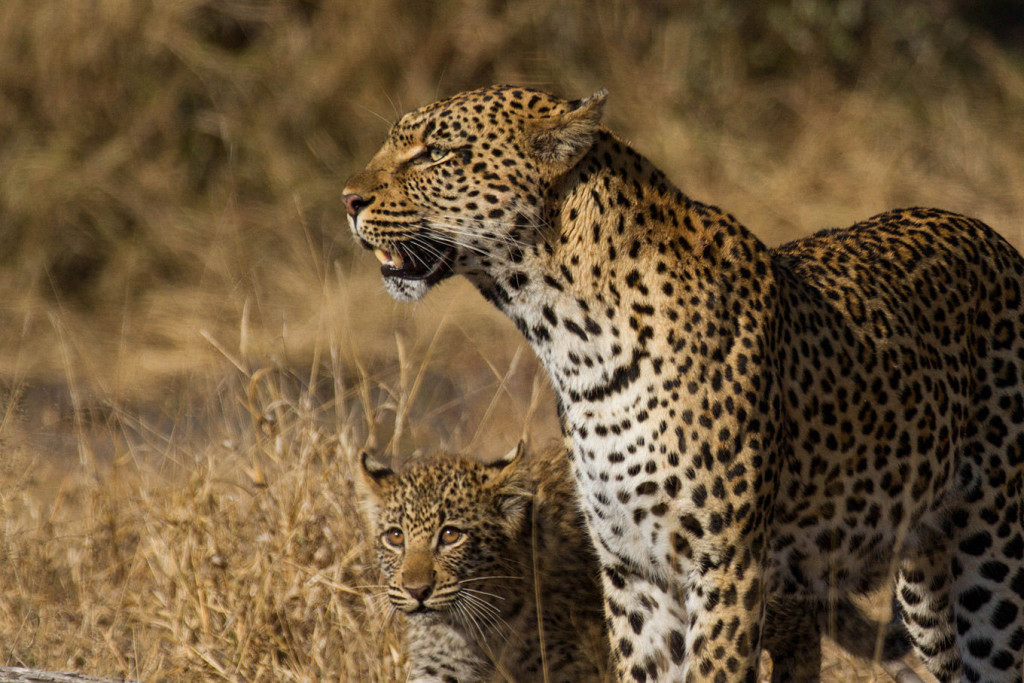 The Best Places To See The Big Cats

Dynamics of the Pride

What is your experience of the big cats? Share your stories with us below.