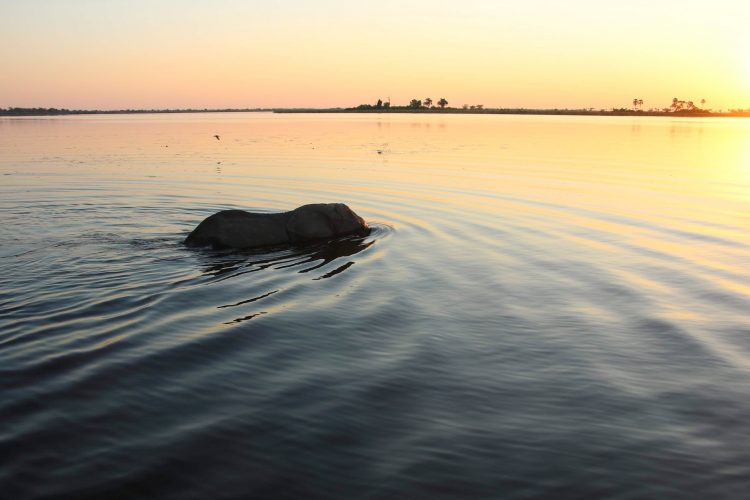 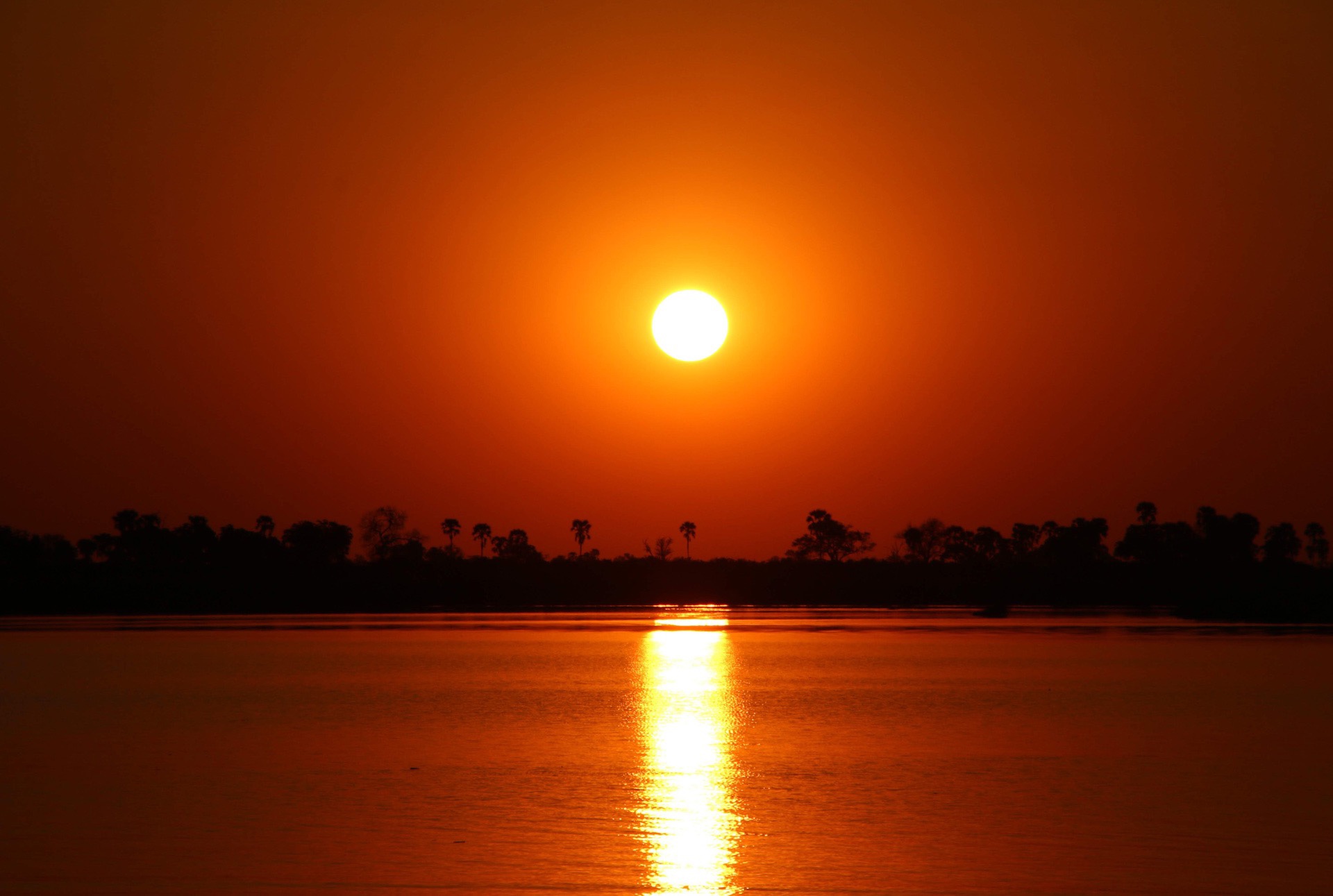 People talk about the moments when a house loses its echo, when a hard space becomes a soft space. These are the moments that take you deeper. Into the space and into yourself. On your travels, if it’s a good trip, and if you’re open to it, you’ll usually experience at least one of these times. When all barriers slip away and you sink into your chair, yourself, your company. There’s no going back after that; you’ve seen behind the curtain, you’ve seen into the heart. 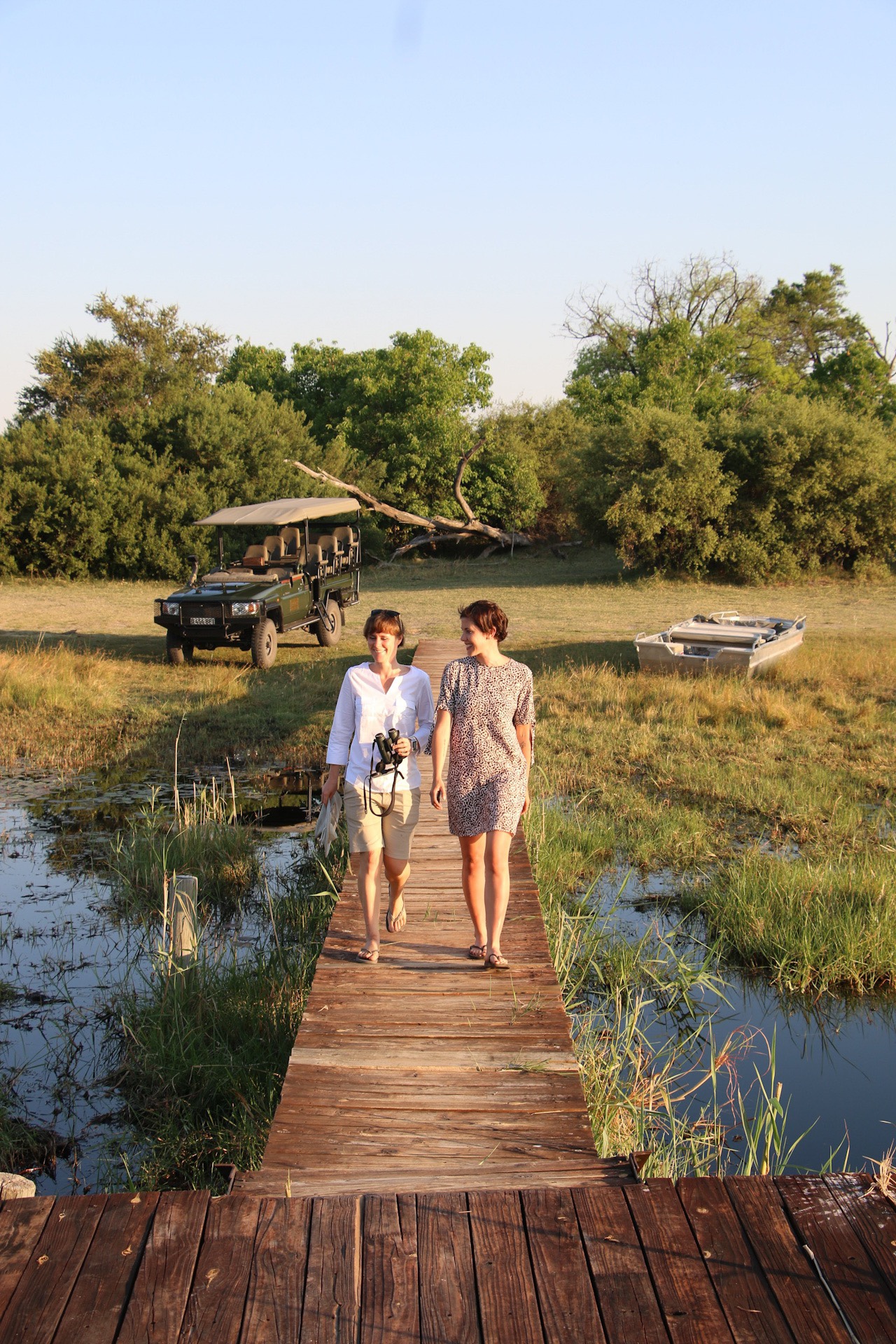 For me, for instance, it was a visit to the Mushekwa village at Royal Chundu, when one of the children took my hand. A young girl who took me up to my knees. We walked along the dirt path, to the garden, to the chickens, to her home. She would not let go. She had taken me in. I felt the whole world in her hand and didn’t want to let go either.

In Madagascar, there was that night of song and dance on the beach at Anjajavy le Lodge, in the sand at sunset, as musical instruments were passed around and played into the night, infinite stars above. It felt as though our lone beach was the whole earth. I was a citizen. I was the sand and the song.

I felt it again at Zarafa Camp… the moment. The transition from hard space, just a name on a map or itinerary, to soft space, a place alive, with a heartbeat in sync with my own.

We were on a barge at sunset on the Zibadianja lagoon in the Selinda Reserve of Botswana. National Geographic Traveler Magazine calls this corner of Africa, and specifically Zarafa Camp, one of the world’s 21 journeys of a lifetime, alongside walking with penguins in Antarctica and sailing the Mediterranean. 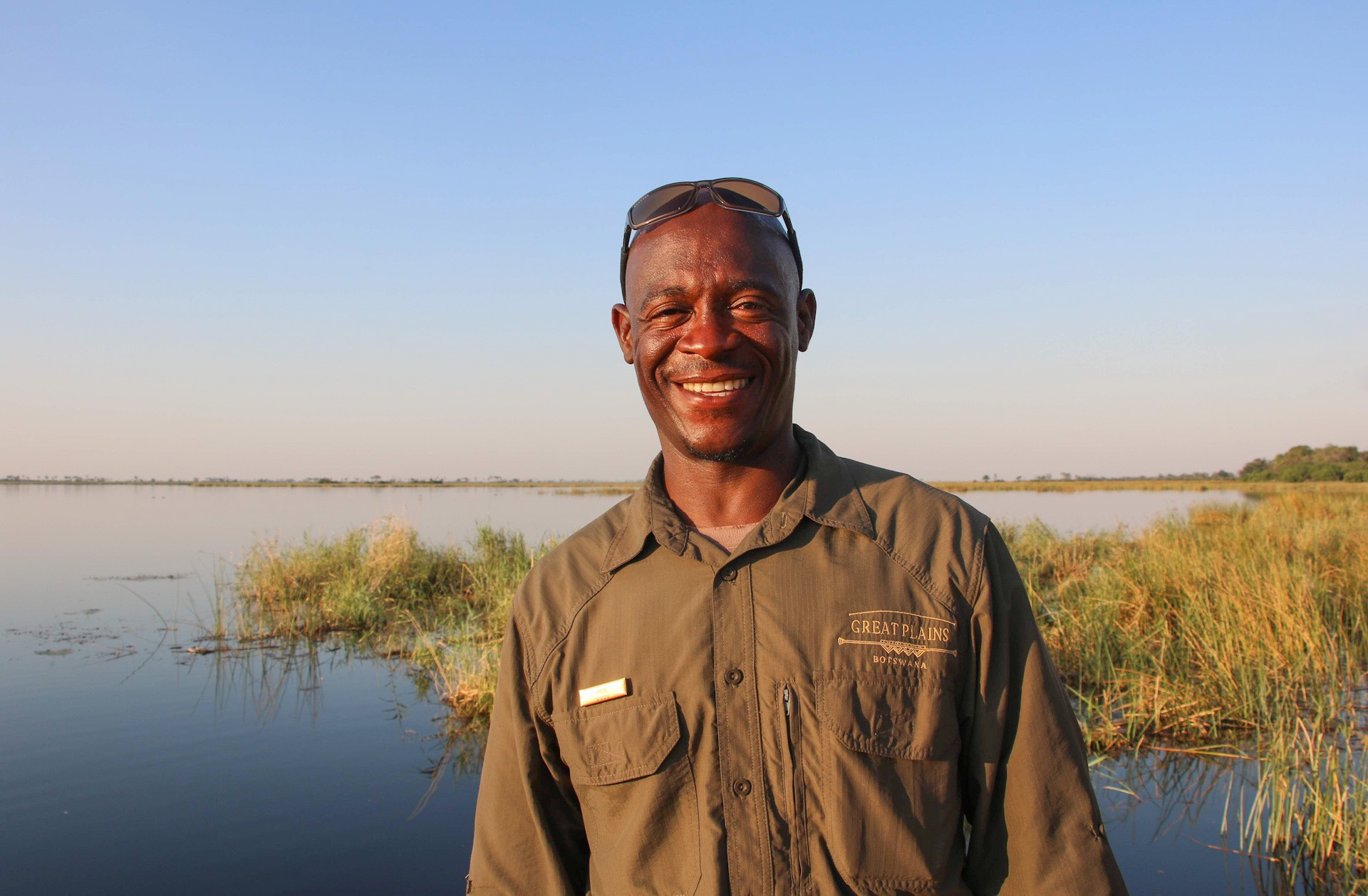 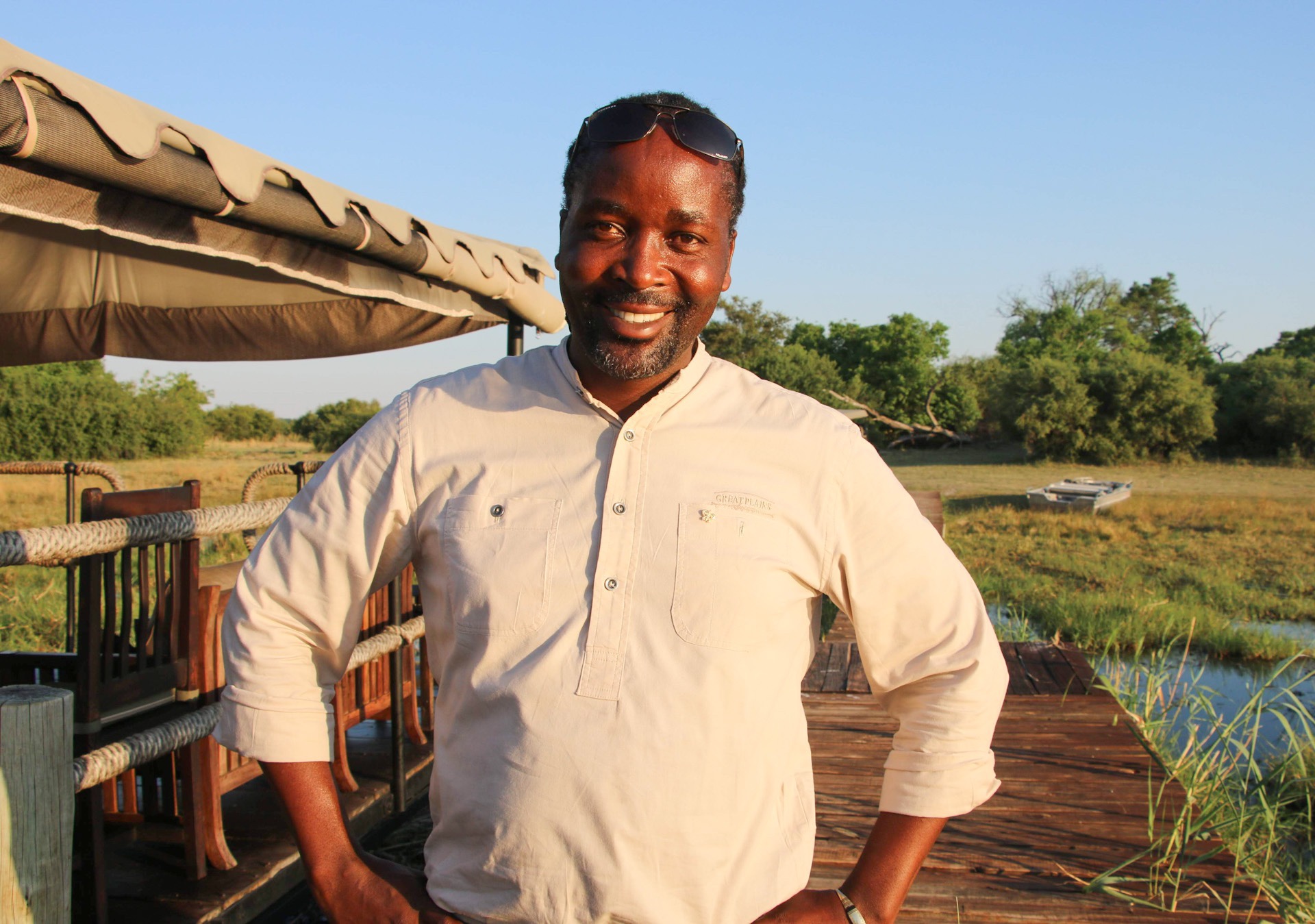 On the barge, with Zarafa Camp’s Frank and Obie and other members of their team, friends and myself, we set off from land to water. A head popped out of the lagoon on the right, and another, and another. And then on the left, about seven of them, glorious hippos, the golden glow of sundown cast over them, their giant jaws opening wide in what I projected as a yawn of delight, or a deep exhale of contentment. It didn’t matter, the scent in the breeze created by the moving vessel, the sight and the company, I felt bliss, I felt the moment, the softness of Africa’s heart, full like the moon that night.

What does one do with that but sit back and enjoy it? 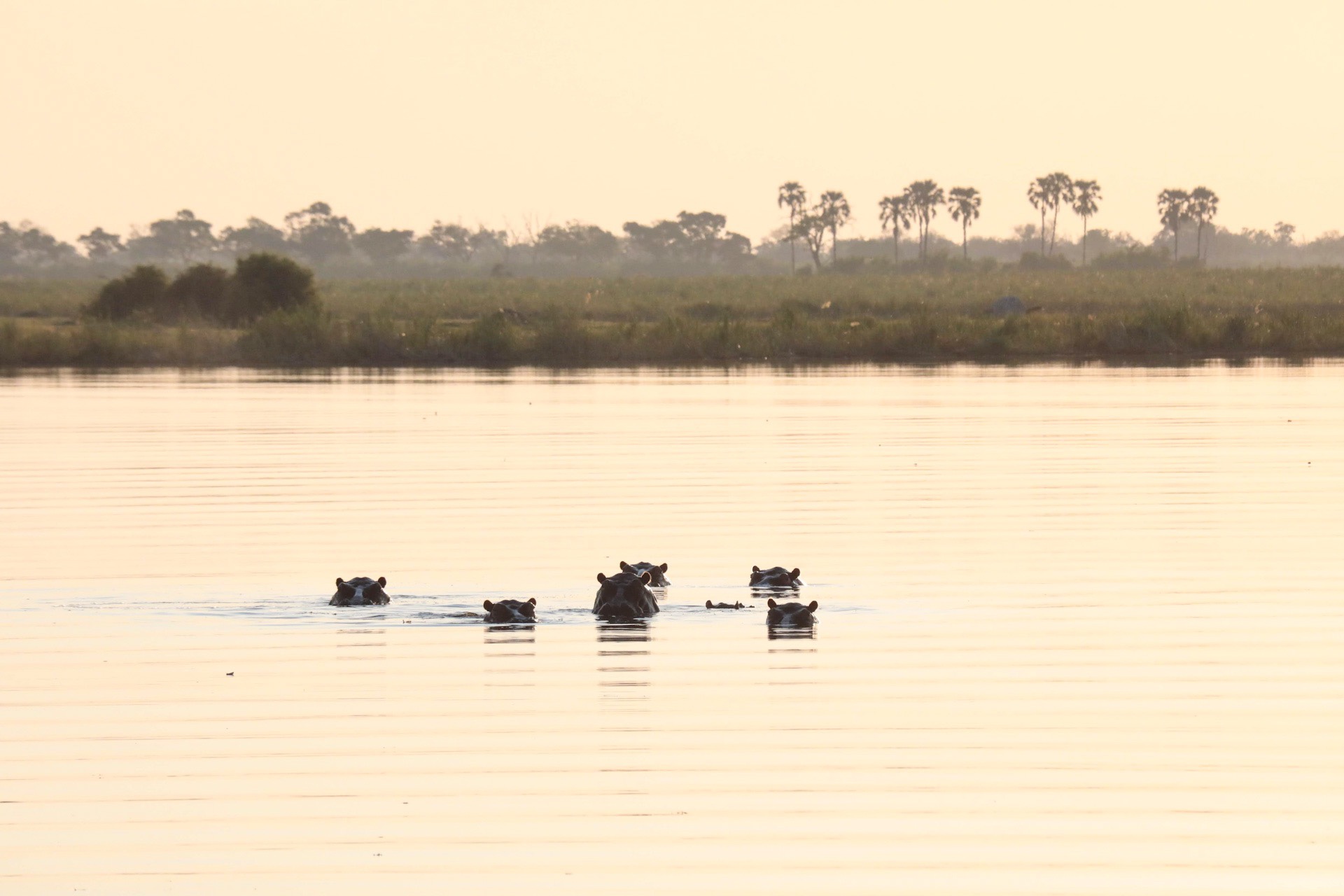 And while we did just that, an elephant rustled into view in the bushes on a bank up ahead. The excitement was too much for all of us and we jumped into the closest corner of the barge to see the animal, to see everything possible, to capture every detail in the present time, because we knew this was special and we couldn’t let it slip away unnoticed.

The elephant ambled from the bushes into the water and began a slow swim across to the other side. A far way off. I had never seen such a thing. I had done such a thing myself, sure, but now… an elephant going for an evening skinny dip! Magic. Only his head and trunk eventually stuck out, only a slice of the sun remained on the horizon, the two sinking, moving, in unison. 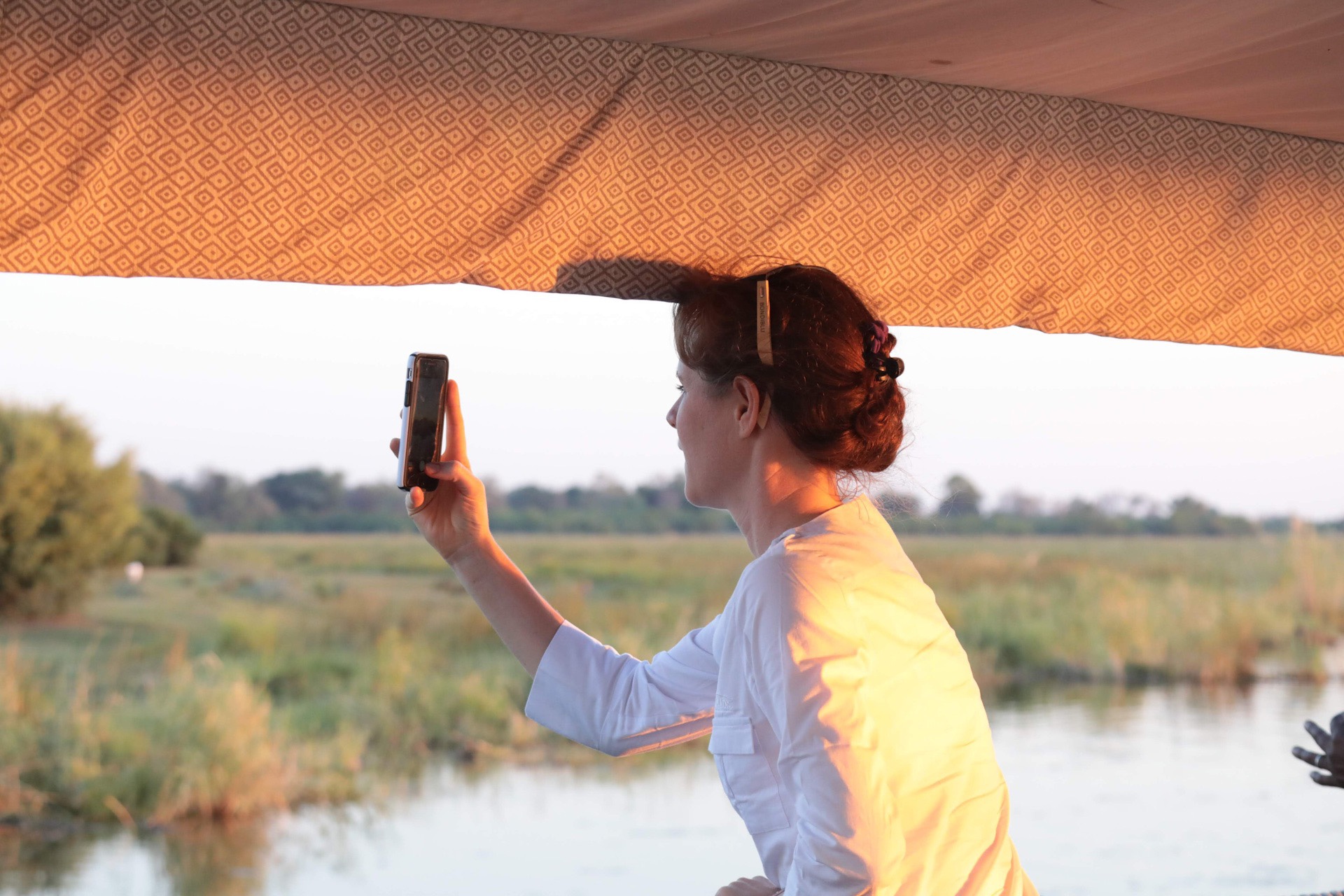 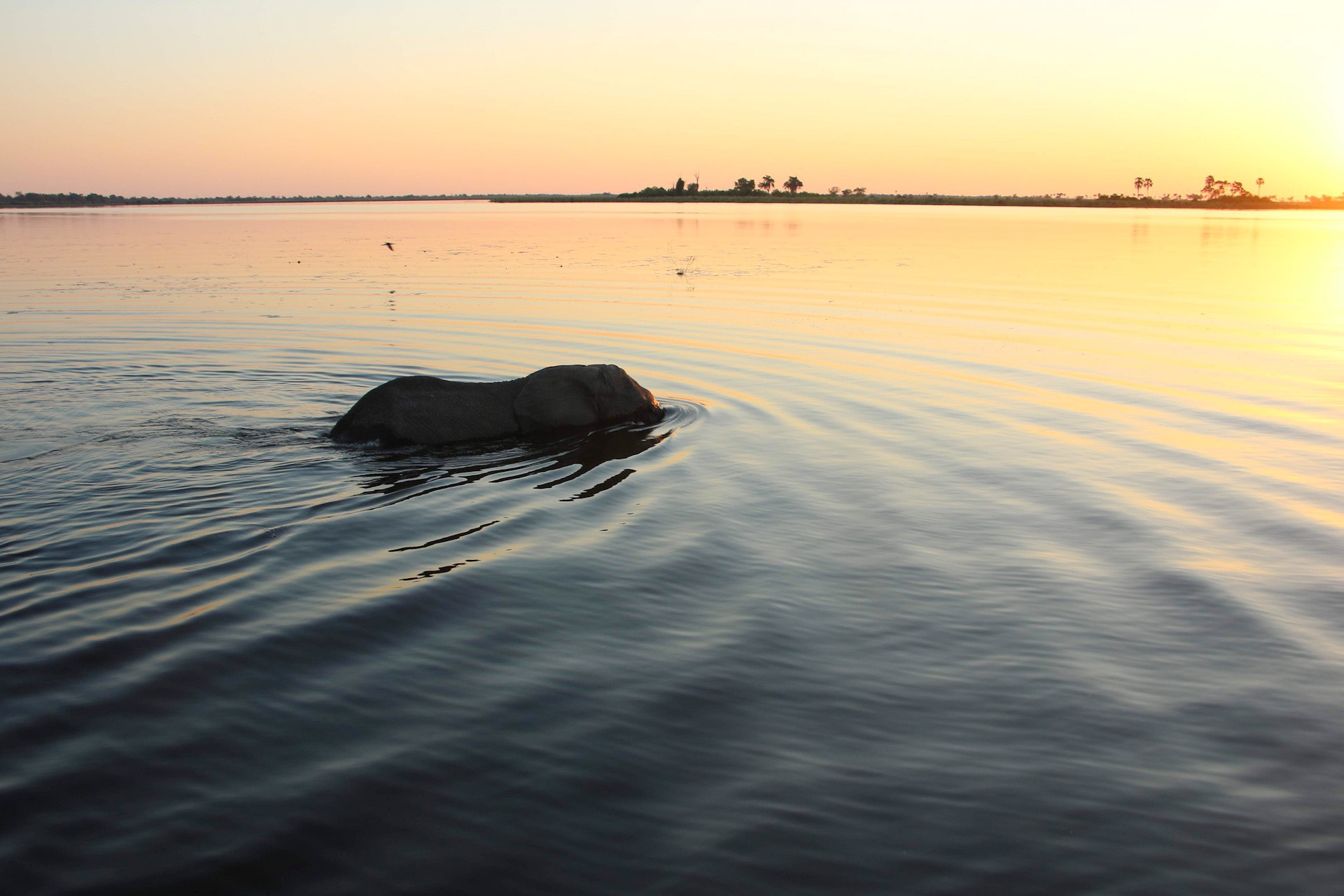 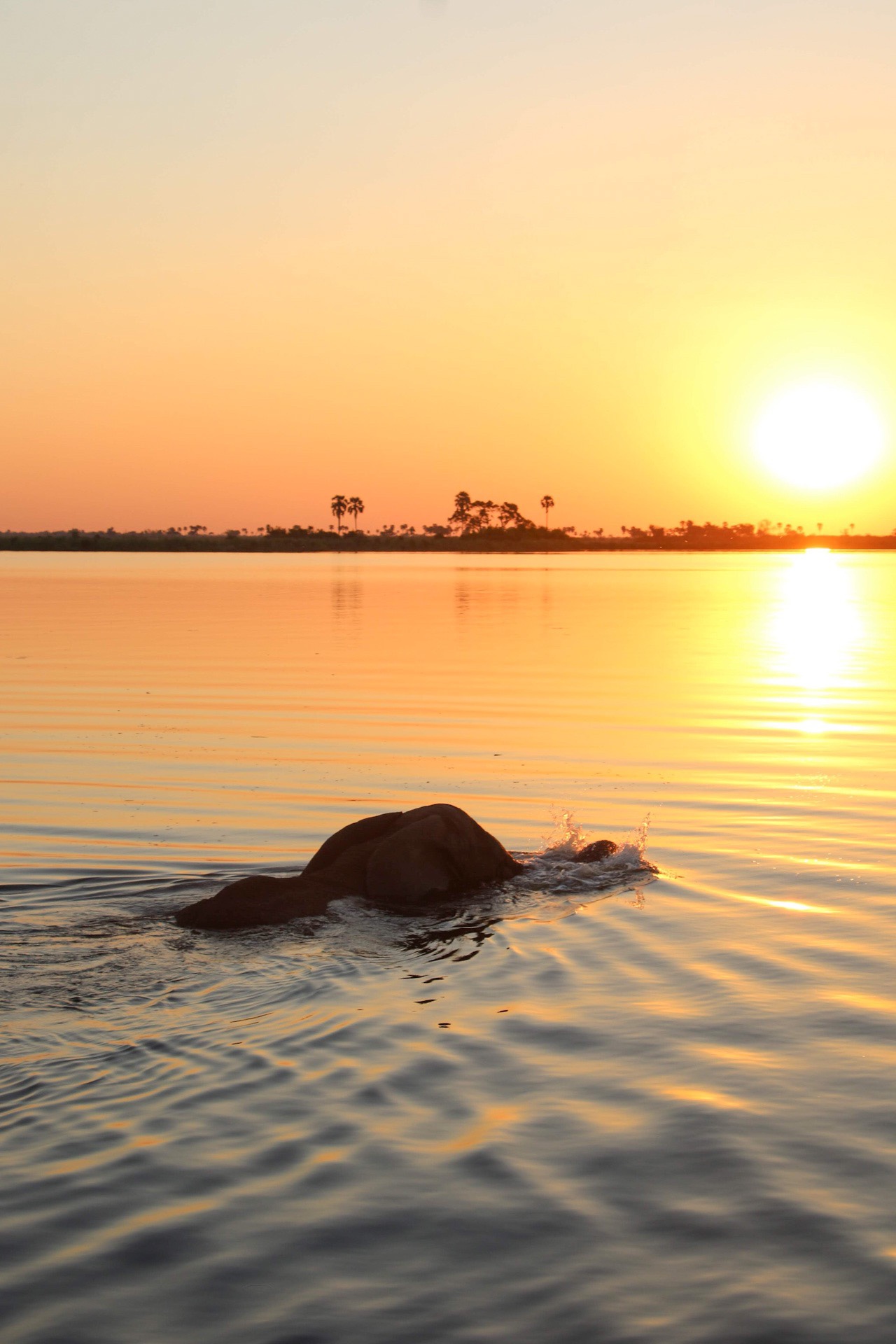 You can’t predict moments like this. A connection is something unique and instinctive. But the connection is what gets you… the child’s hand, the music on a private beach, an elephant swimming at sunset. These are the moments that reveal the soft spaces of Africa.

All you can do is head off on your journey and remain open. Your task is not to seek or expect the connection, or love, as Rumi puts it, “but merely to seek and find all the barriers within yourself that you have built against it.” Africa will do the rest. 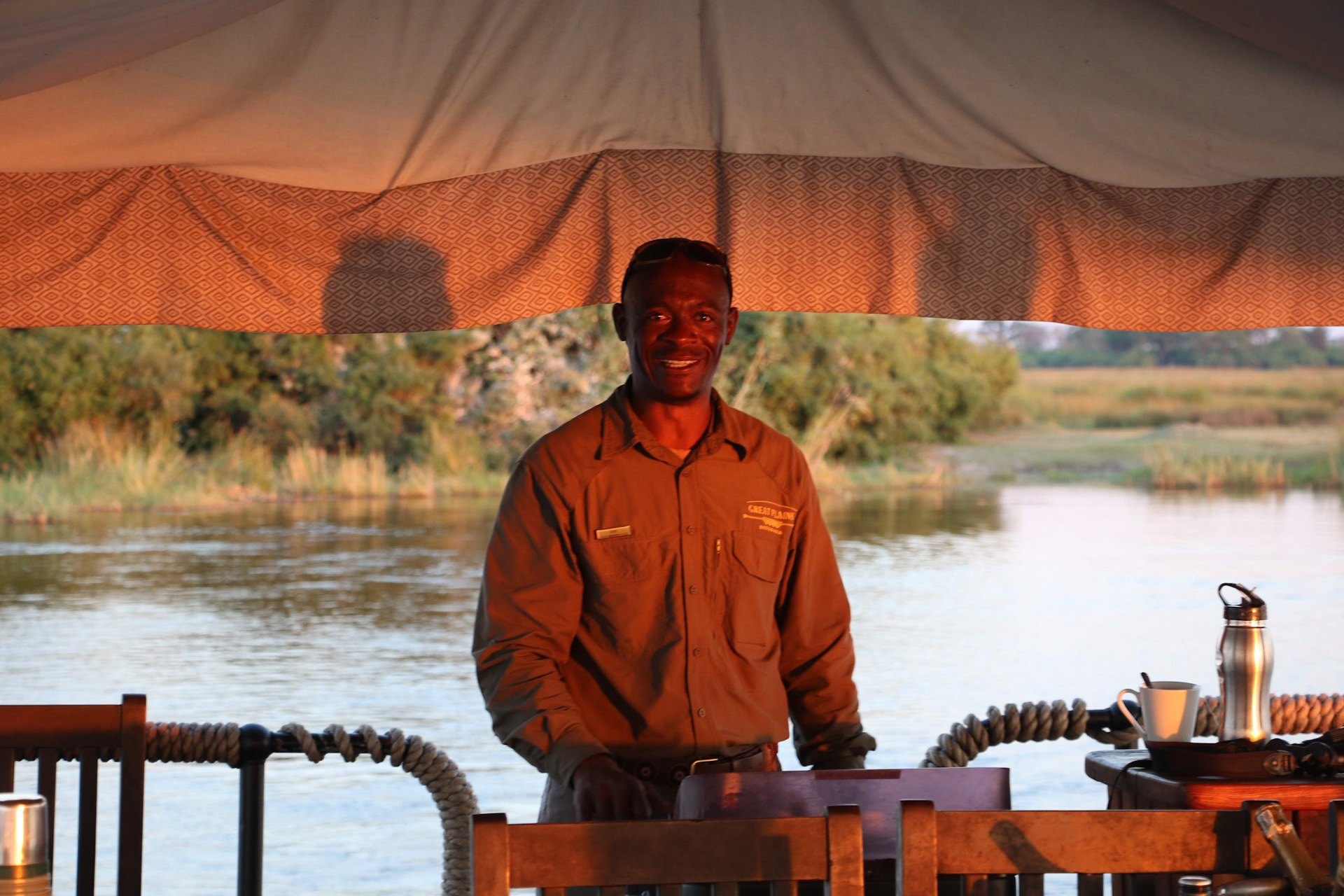 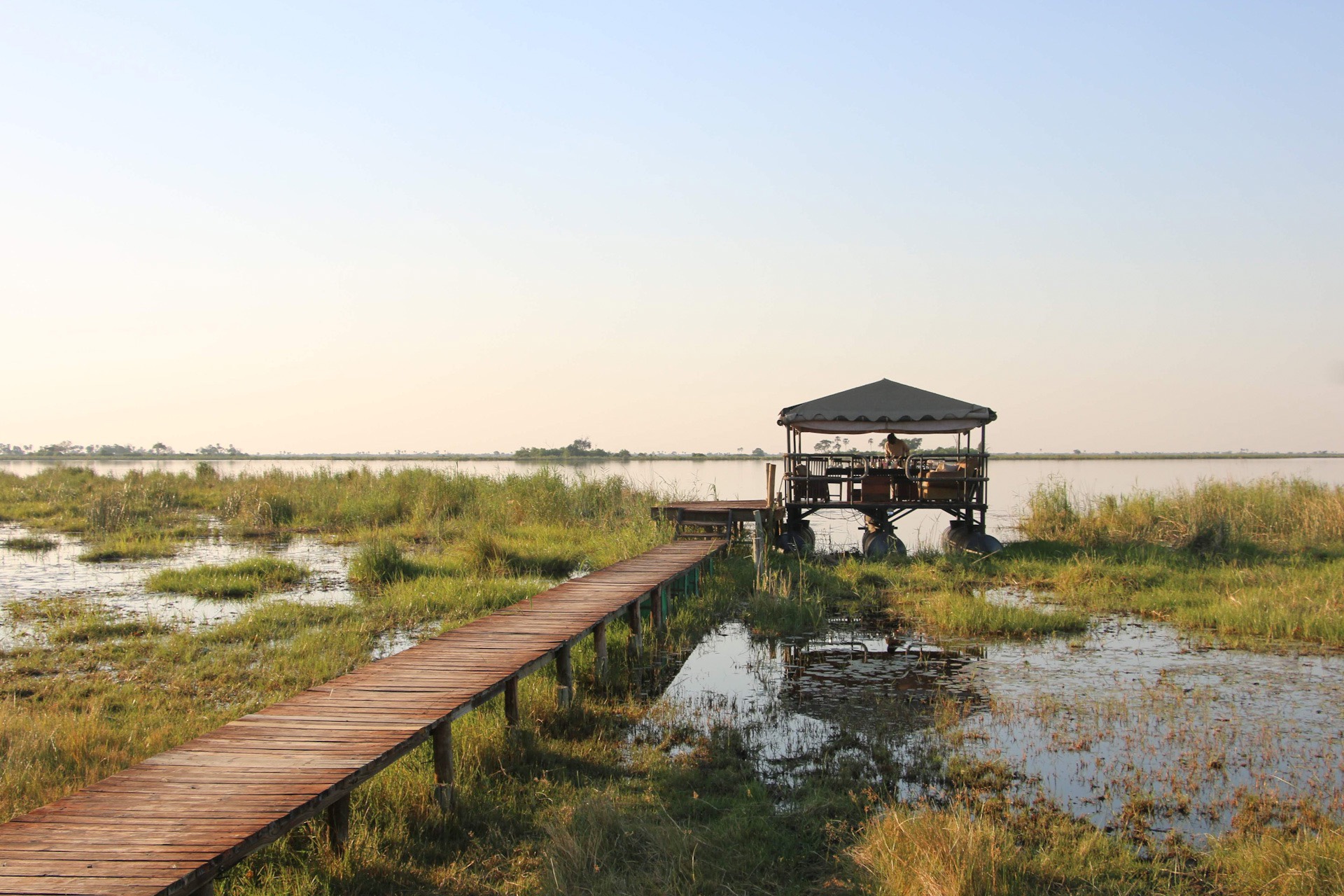 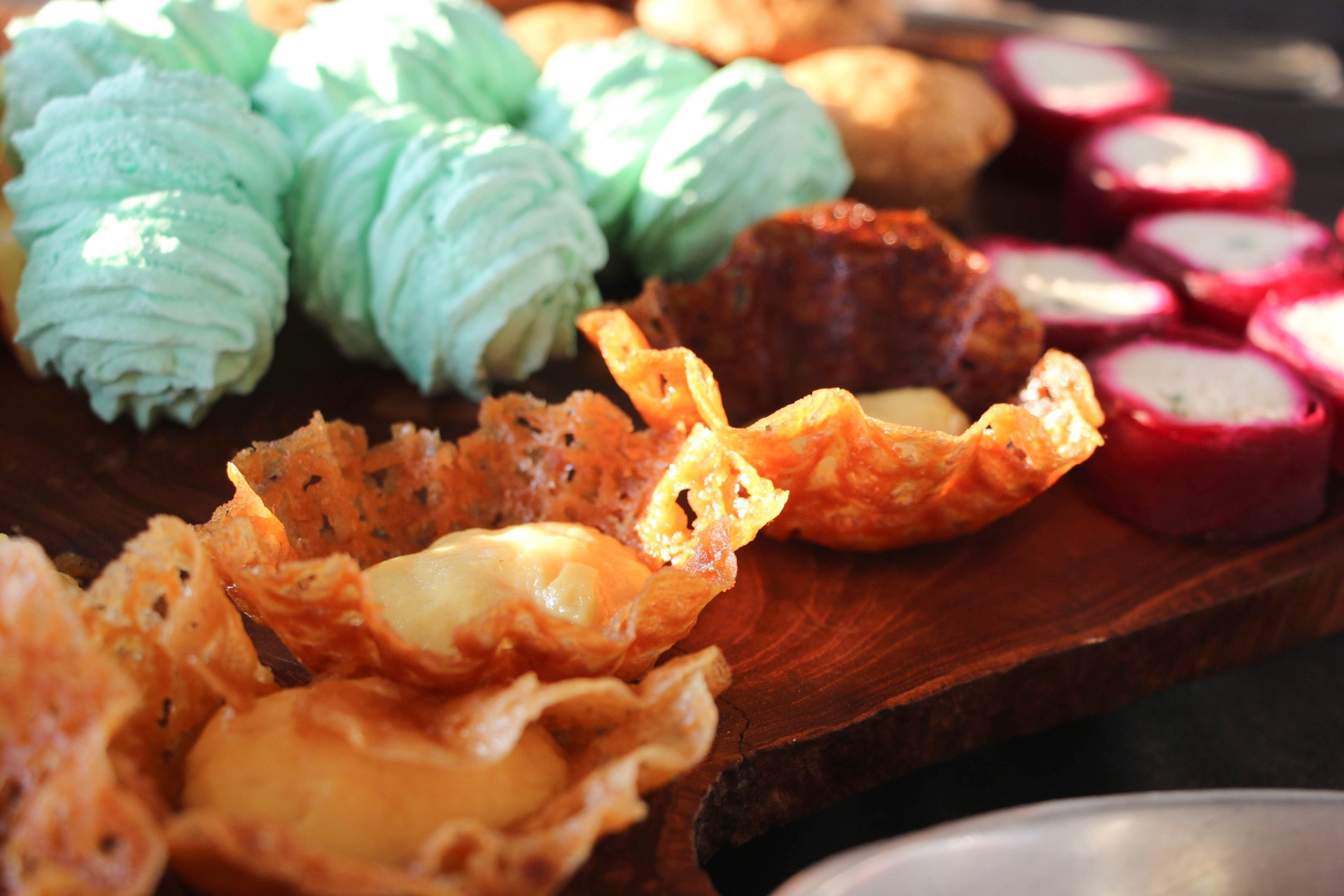