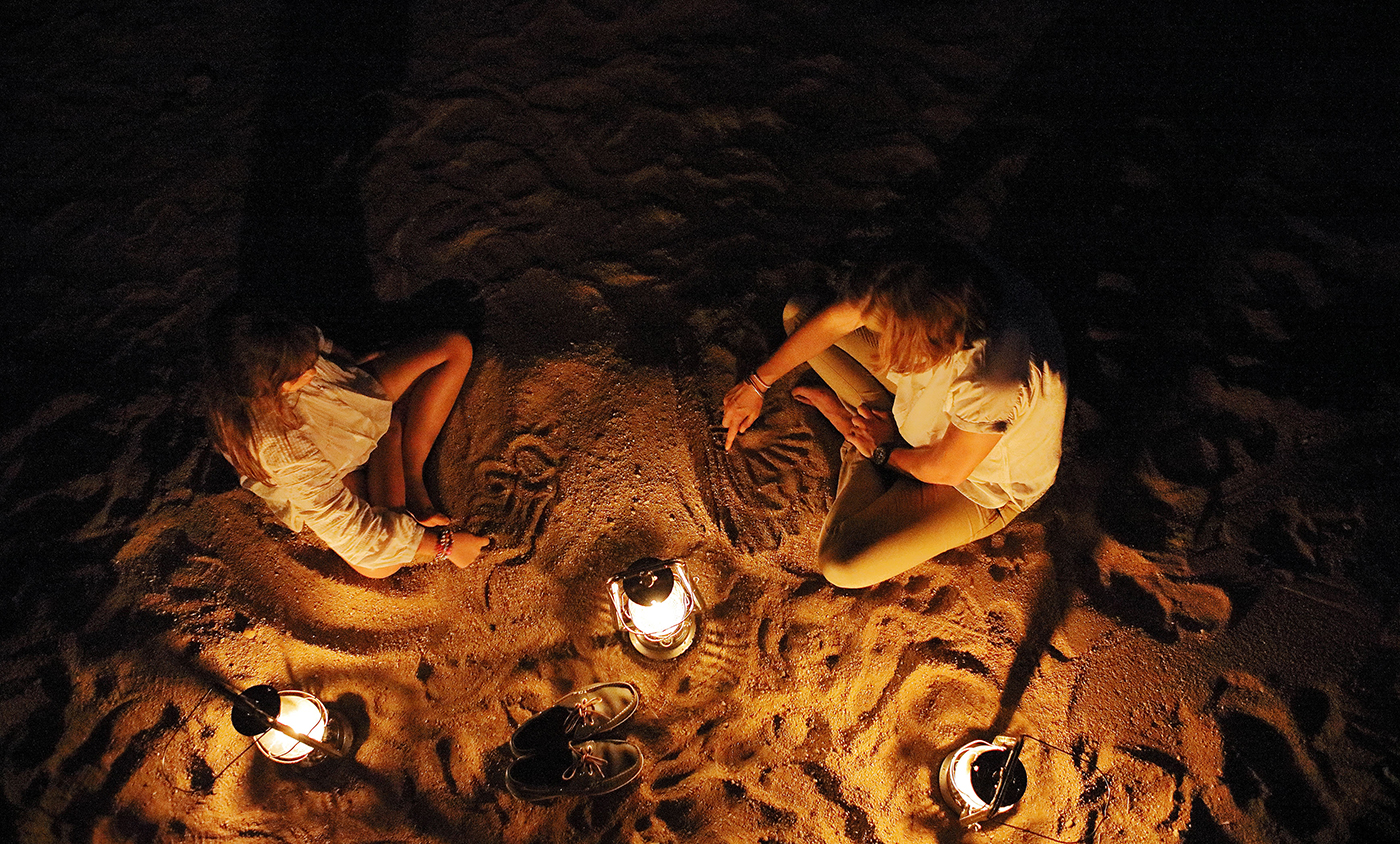 We loved the blog, Why Nature is the Best Place for Your Kids To Learn, from Londolozi and had to share it with you here… Written by Josephine Benecke, it reveals just why a wilderness like Londolozi in South Africa is the best classroom for our little ones.

Waldkindergarden is a word that was brought to my attention by my friend, Amy Attenborough. The definition is forest kindergarden, where school is always outside. More than 1000 of these schools in Switzerland and Germany have taken off. Children are taught to make fire and tools and they get dropped off and hike about a mile up to school. It doesn’t matter what the weather is like, school is always outside. Amy and I were talking about how fabulous this must be for the children and their development and how their senses are stimulated through this lifestyle. 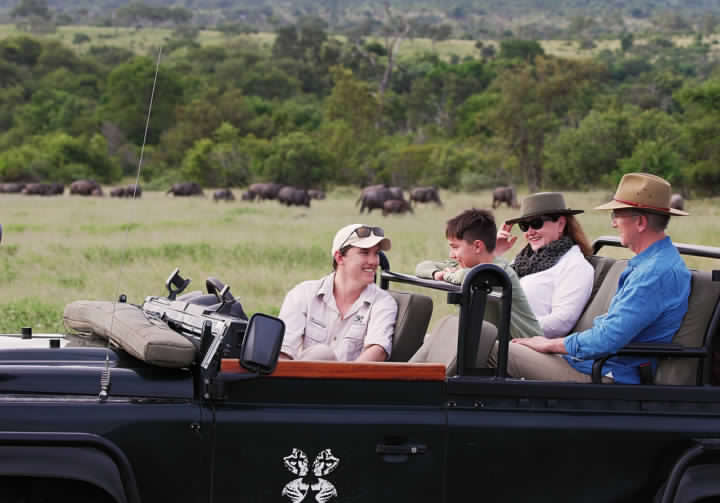 Ranger Sean Cresswell uses the environment around him to teach one of Londolozi’s youngest guests. Apart from game drive though, we also have a Cubs den programme here at Londolozi, to keep young visitors learning and entertained.

The general consensus from parents and teachers of children in Waldkindergardens is that the children’s confidence, social interaction, creativity (ability to use natural resources around them as toys), physical strength and co – ordination is developed from a young age and stands them in good stead for future schooling. They’ve found that it has improved their concentration because they’re excited to pay attention to what is going on around them and helped to build their confidence because they’re encouraged to explore their surroundings by picking berries, climbing trees and building shelters.

Upon reading an article on Waldkindergarden it became apparent that one of the best way for kids to learn is outside – something we’re seeing with Cubs Den here at Londolozi too.

Jo Benecke, Cubs Den leader, draws in the sand at a bush dinner out under the stars.

Children who have to be encouraged and persuaded by their parents to join the outdoor activities on offer are at first reluctant but once out in the bush they end up having an amazing time. Numerous parents have mentioned how their child has learnt more in their short stay here than a month or two in school.

Throwing a ball to each other, in the extreme shallows of the river, on a warm winter’s day, encourages bonding amongst the kids immediately. They are a team. They realise this by seeing that how they throw the ball affects how their teammates are able to catch it. If they throw it short, their partners will be splashed with cool water. The result – a lot of giggling and smiles all round. 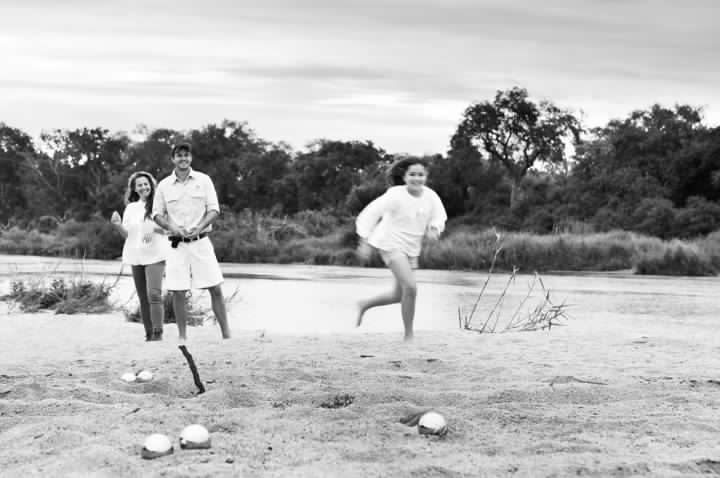 A friendly game of boules alongside the Sand River.

This is one of many examples where being out in nature with peers immediately enables one to develop an understanding of teamwork, coordination and spacial awareness. This is the start of understanding maths and physics in a sense – how far I throw the ball (maths) at what velocity (physics). Concepts that are not usually verbally taught at a young age but by the time they are, the kids will have already experienced the concepts of distance and velocity.

Other examples the children learn from are tree climbing, fishing, soccer and track moulding. The children improve their physicality and strength by climbing the tree, casting the line, running on the field and walking to identify tracks. They enhance social awareness by making space for peers, taking note of their peers’ whereabouts before casting, practicing sportsmanship and working as a team. They are also educationally stimulated when they work out the height of the different branches of the tree, the weight of the fish on the line, the length of the soccer field, or learning the sizes and identification of animal tracks. 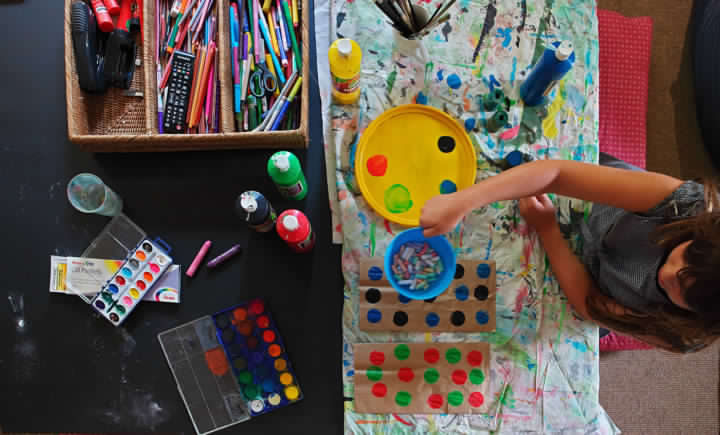 Art time in the Cubs Den at camp. Children come to Londolozi from all over the world, which encourages kids to interact with and learn from many different cultures during their stay here. 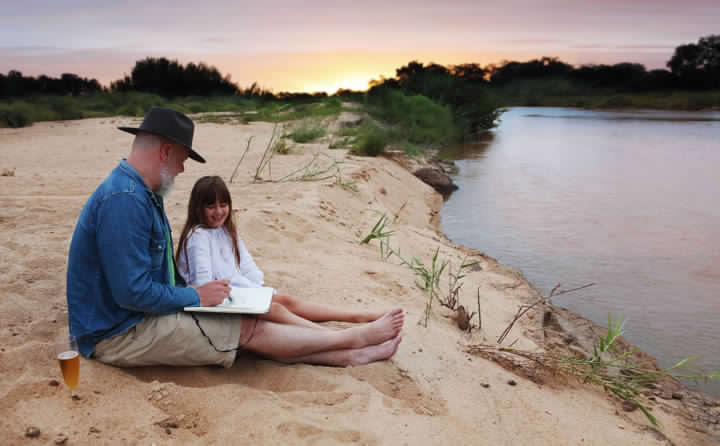 Two Londolozi guests enjoy an evening sun downer on the banks of the Sand River.

At the end of the day one can see a golden glow on the faces of the children and hear the level of excitement of their chatter as they race to tell their parents of their day’s adventures. Although it may be a short visit to Londolozi, hopefully they will go home not only with some new skills and knowledge, they will also have an enhanced love for nature which we see shaping how they move forward in life. 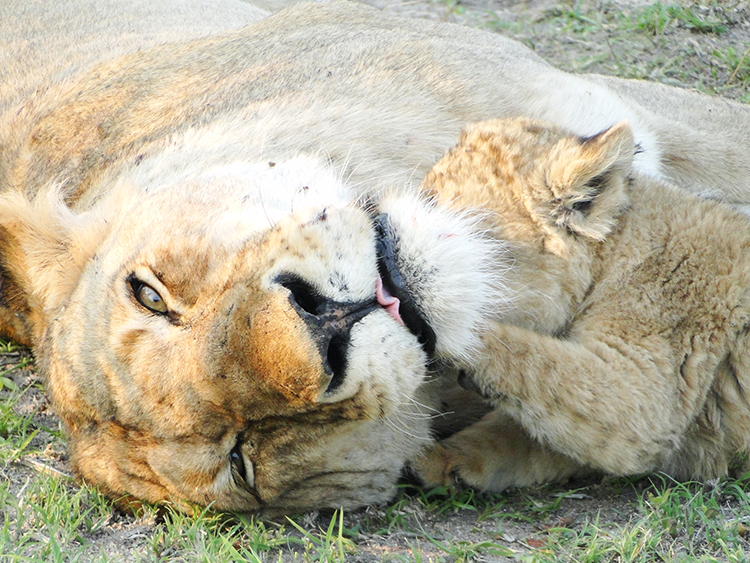