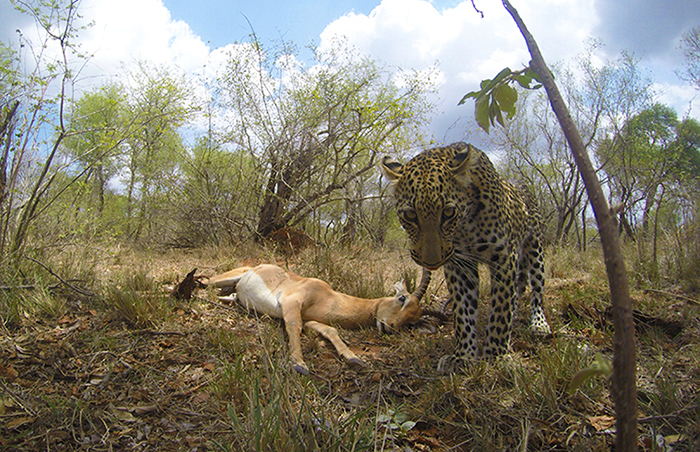 She did not want to be found. Were it not for the herd of impalas surrounding her, she wouldn’t have been. The young female leopard’s spots made her almost undetectable behind the low branches of the bush, as she hunched over her kill – the impala that didn’t get away.

The herd, as if tattletaling on the leopard, barked loudly to alert others of the danger. We followed the call in our safari vehicle in the Kapama Private Game Reserve around Camp Jabulani, and locked eyes with the big cat through the trees. About ten metres from us, she sat unmoving, heavy panting and startling eyes giving away the life inside her. 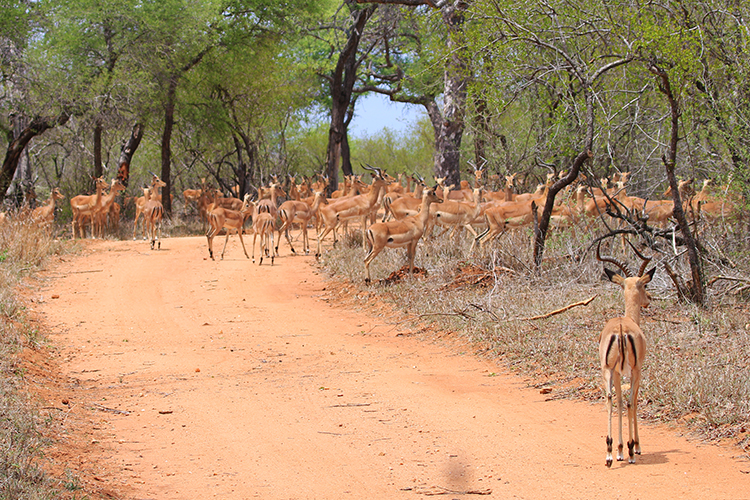 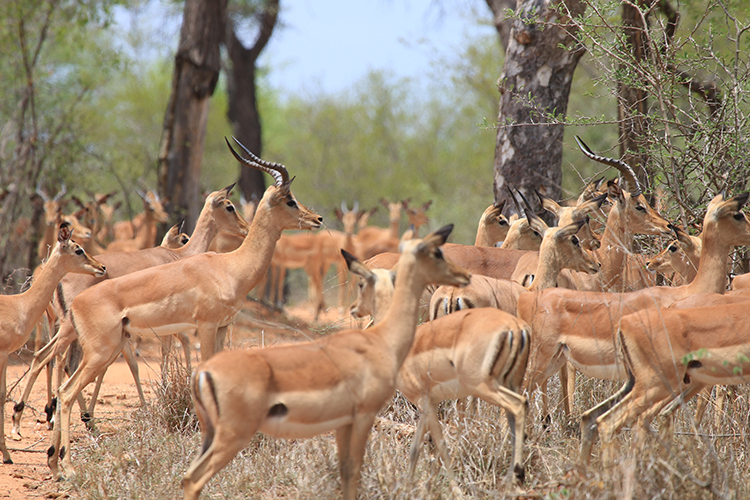 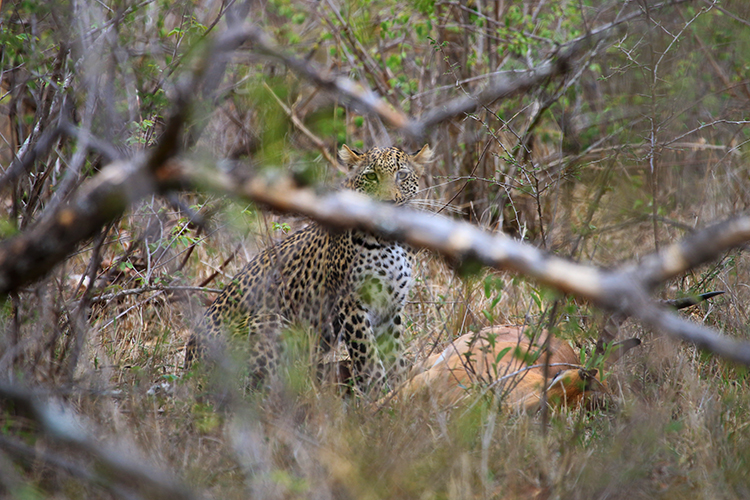 One of us shifted in the vehicle (not the experienced ranger), trying to focus the camera lens on the cat, but spooking the leopard in the process. The leopard darted instantly, leaving her prey behind.

We idled the vehicle a little closer to the site of the kill. To get a better look at the leopard we had to be just as stealthy as this big cat. We placed a GoPro camera beside the lone impala and continued on our way.

A short while later, after watching elephants swimming in a nearby dam, we returned to find the impala missing and our cameras opportunely perched overlooking leopard tracks. We raced back to the lodge to view the footage captured. What we found is perhaps the closest you’ll ever get to one of these elusive cats in the wild. What I gained was a greater appreciation for leopard kind, the introvert of the Animal Kingdom. 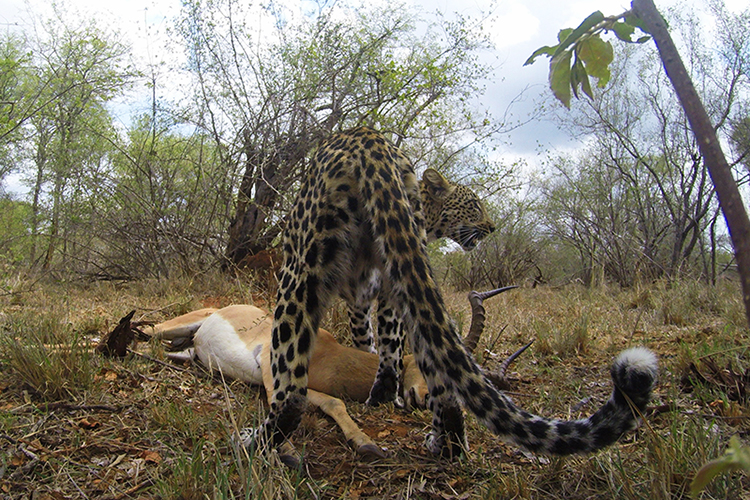 NB. It is for moments such as this that it’s best to leave for game drives with a fully-charged camera battery and an empty memory card – even when you don’t suspect that you’ll see anything, when the light is getting dim or the rain clouds moving in.

6 Things Leopards Can Teach Us About Life

Fear helps us to avoid danger, and, when danger does strike, it guides us in how best to react, in reading the threat. Leopards are experts at tapping into intuition – that animal instinct that keeps them safe, even if it means leaving their hard-earned dinner unattended while they bolt to safety. This is specifically important considering that leopard populations in South Africa are under threat due to habitat loss, through agriculture and human encroachment, and hunting.

When coming across these big cats on foot, fear reminds us to be cautious. According to Sanbi, “It is believed that when you encounter a leopard in the wild, the best thing to do to avoid being attacked is to create lots of noise and walk the other way. Several people have said that talking loudly or singing had saved them during an encounter with a leopard.” Something to remember for the streets of more urban settings too… 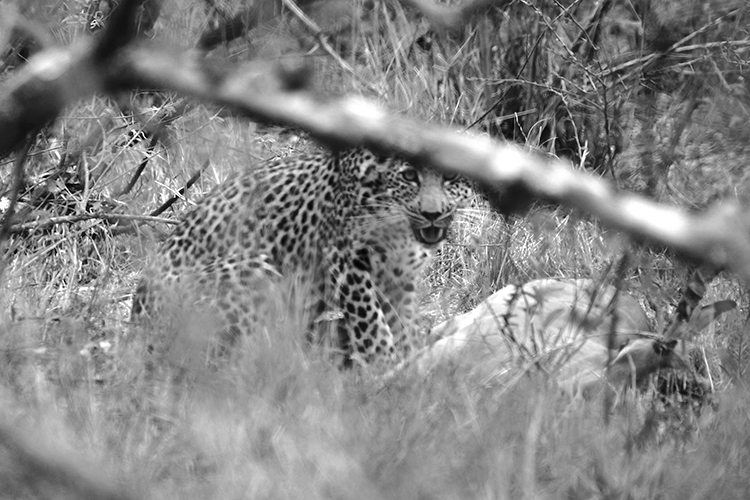 2. The beauty of solitude

Leopards are solitary creatures. Adult males and females only come together briefly during mating and then go their separate ways, leaving the female leopards to raise the new cubs alone.

We can learn a lot from their solitary lives – namely the value of solitude, a largely misunderstood and undervalued state. “We think we are unique, special and deserving of happiness, but we are terrified of being alone,” says novelist Sara Maitland. “We declare that personal freedom and autonomy is both a right and good, but we think anyone who exercises that freedom autonomously is ‘sad, mad or bad’. Or all three at once.”

However, Maitland says, the solitary are “those courageous people who want to dare to live; and to do so believe you have to explore the depths of yourself, undistracted and unprotected by social conventions and norms.”

Solitude means getting to “live exactly as I chose, obedient to no necessities but those imposed by wind and night and cold, and to no man’s laws but my own,” as Richard Byrd, the American admiral and explorer, wrote in his book, “Alone”, about his solo adventure in the Antarctic. 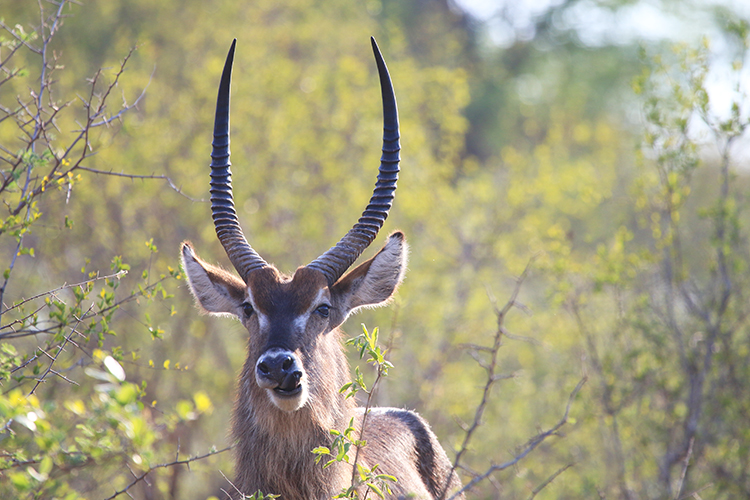 3. The subtle art of flirting

The female leopard is a master seductress. “To indicate their readiness for mating, females will approach the male and sway in front of him, swat him in the face with her tail while emitting a low rumbling growl. She will then lie in front of him with her rear slightly lifted, inviting him to mate.”* 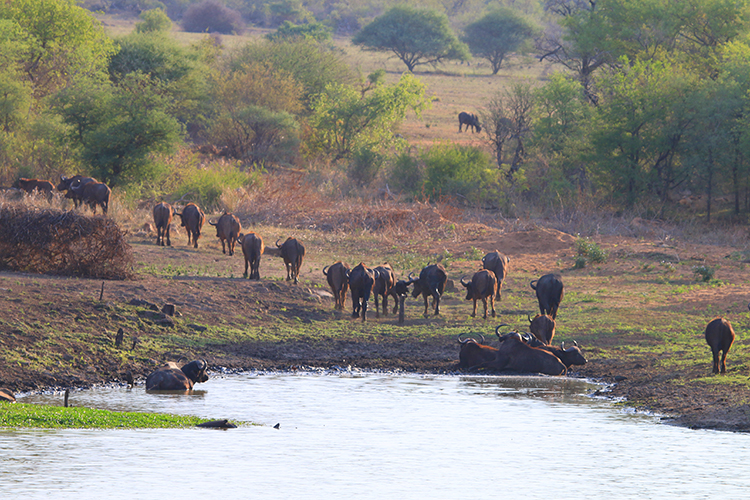 Many of us take the gift of sight, smell, hearing, touch and taste for granted. We spend so much time trying to numb or distort our senses, trying to step outside our minds. We would never survive in the wild this way. In the wild, you need all your senses, to protect yourself and your young, and to find food, for instance. Leopards depend on their senses for life.

“Leopards have large eyes, which provide them with binocular vision to determine distance accurately. A leopard’s night vision is six to eight times better than that of humans. Their eyesight is the most important sense used for hunting. Leopards have an acute sense of hearing and smell, and have long whiskers that can help detect prey in dark spots and also give an indication of the size of the place being investigated to prevent the head and body getting stuck.”* 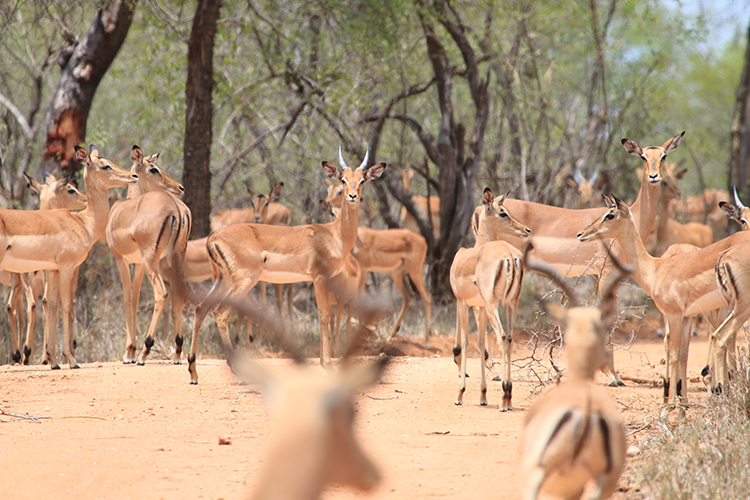 5. The importance of having a home to call your own

Like humans, leopards are very territorial and their methods for marking out their homes are only slightly dissimilar to our own.

“Leopards mark their territory with scent and loud calls, making their presence known without coming into contact with each other. These loud calls are of great advantage for solitary animals that rely only on themselves and avoid unnecessary confrontation with other leopards that may be found within the same territory. Scent marking is achieved by spraying urine upwards to facilitate marking at head height and sometimes cheek and neck glands are used to mark bushes that are positioned at head height. Territory may also be marked with droppings and tree-scratching points. Tree-scratching is used to clean the claws and also spread the scent produced between the claws.”* 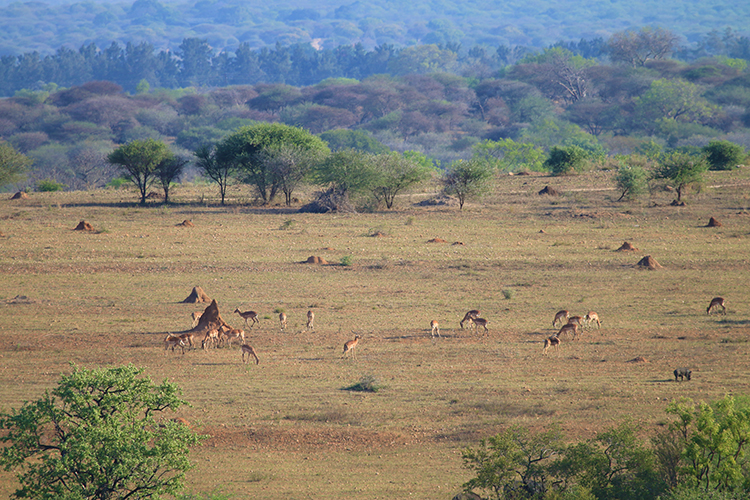 6. The underrated strength of the single mother

In the leopard kingdom, all mothers are single. They are strong and fierce and can remind us of the inherent strength of the mother and her aptness in raising her young, single or not.

Leopard moms protect and move their cubs from place to place until they reach independence at about 12 months old. The cubs drink milk from their mother for four months and start to practice their own kills from eight months. 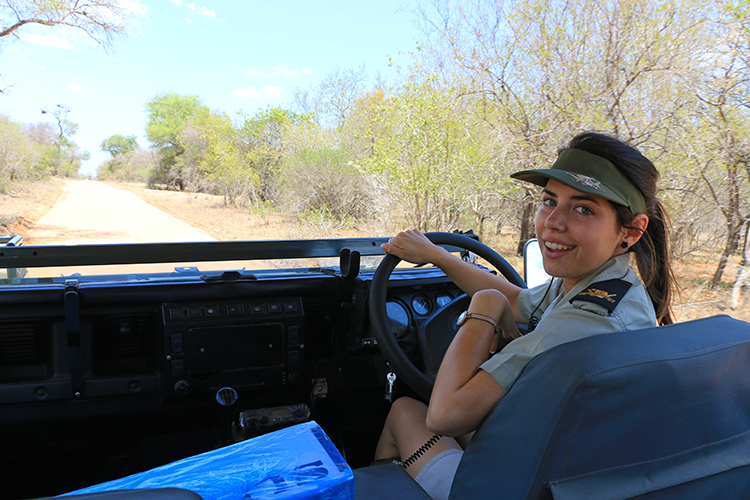 Above: Our expert ranger at Camp Jabulani, Chané Jacobs

Discover more about Camp Jabulani on our website and our interview with innkeeper, Lente Roode.