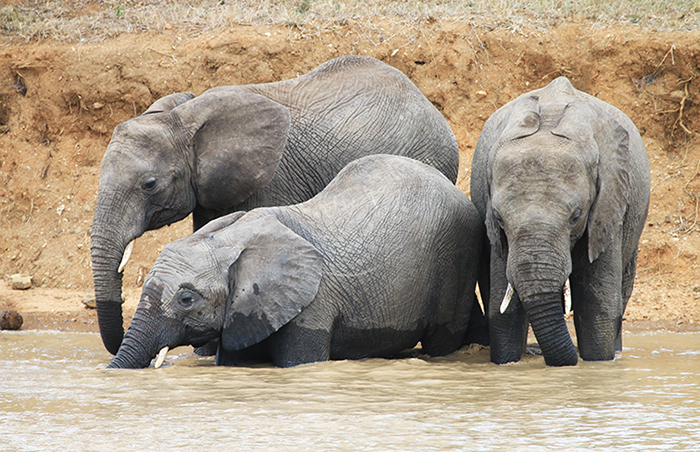 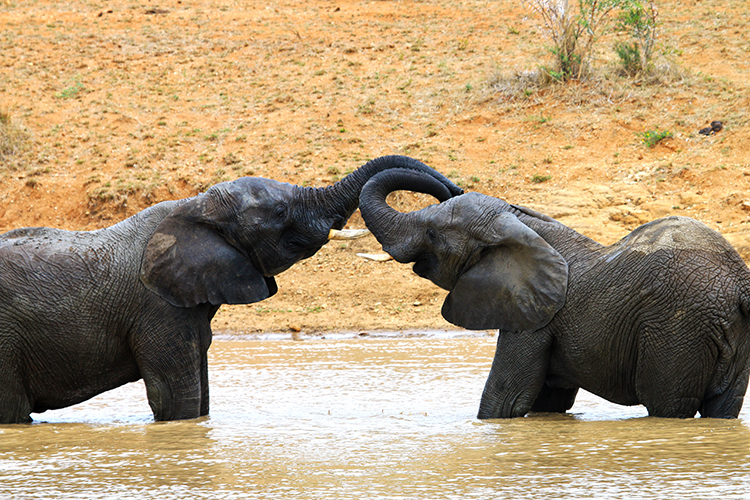 noun: a depression in which water collects, especially one that is regularly drunk from by animals.

The waterhole is where the magic happens. Both in the cities and the wilder corners of the world.

On safari, in the plains and savannahs of Africa, it is to the waterhole that the birds and wildlife flock. The waterhole is their oasis, breaking up the day’s journey.

During the rainy season, animals find water sources more easily, as rivulets, streams and lush plant life spread across their prideland. But during the dry season, after the rains have passed, the call of the waterhole and its promise of refreshment lures them out. We as travellers follow after them, hoping to glimpse those special safari moments that play out at waterholes – moments that very often include none other than the African elephant.

Elephants cannot help themselves around water. They are the Labradors of the African bush. And they love water not merely for drinking – which they do a lot of – but also for playing, keeping cool and swimming. They may be the only mammals to not be able to jump but they sure can swim, and unlike us humans, they don’t need to be taught to do it. 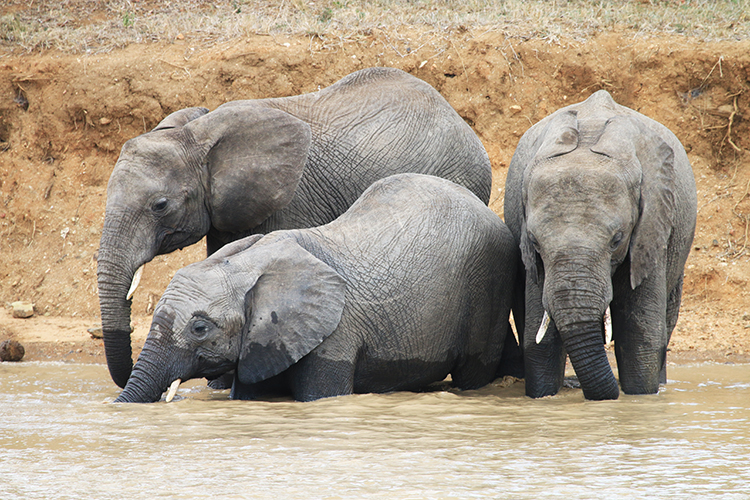 Lured by the call of the waterhole ourselves, we recently visited the elephants of Camp Jabulani in the Kapama Private Game Reverse in South Africa.

The herds here can be divided into two groups – the wild and the saved. The latter include a family of orphaned elephants that have been taken in by another family, one of humans, souls who have dedicated their lives to caring for these beings. Along with the Roode Family who own the lodge, the elephants’ handlers help to protect them from the wild and its creatures, while enabling their herd of rescued elephants enjoy it simultaneously. 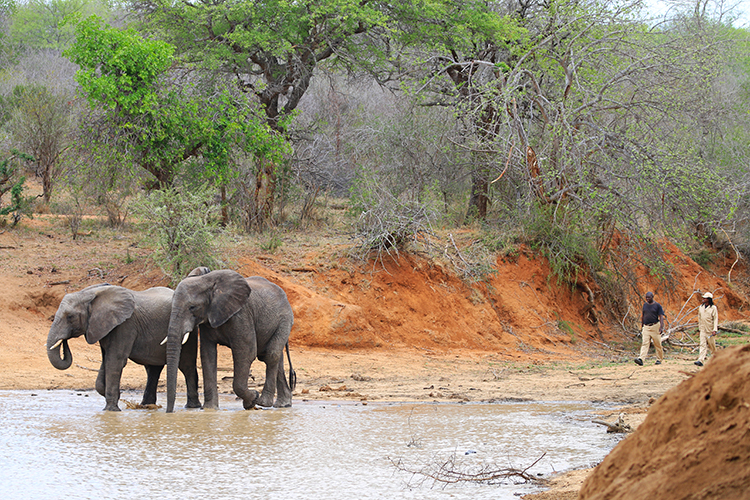 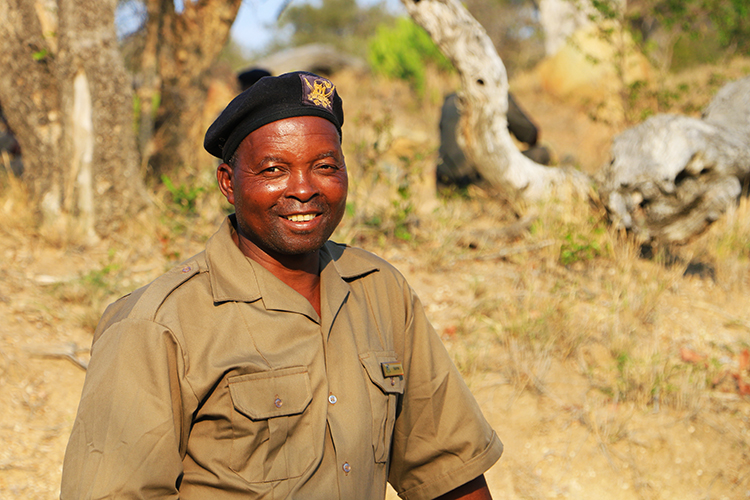 To do this, handlers, the humblest, most caring of men, spend their days walking with the elephants through the reserve around Camp Jabulani, within the 13 000 hectares of savannah and riverine forest that make up the greater Kapama reserve. The lodge is a similar refuge to many of the handlers themselves, men who left Zimbabwe, the same birthplace as many of the elephants, to seek a better life across the border.

On safari at Camp Jabulani, we sat back in our game vehicle, watching these elephants, Jabulani, after whom the lodge is named, along with the rest of the herd, swimming in their waterhole one late afternoon. Labradors, was all I could think, watching young ones playing with sticks in their pool – water be damned. Meet Camp Jabulani’s elephant family here and find out more about elephants and their love affair with water in our top 10 facts below. 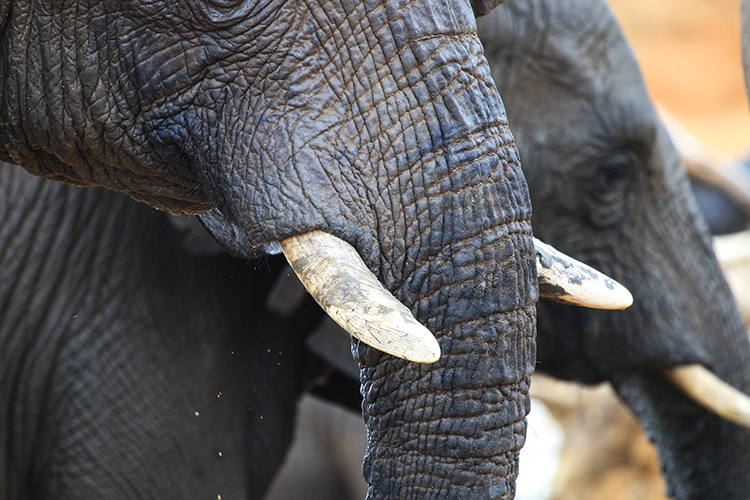 1. Elephants require fresh water daily. A trunkful of water amounts to 5–10 litres and an elephant will drink between 100 and 200 litres per day.

2. Elephants don’t drink with their trunks, but use them as “tools” to drink with. This is accomplished by filling the trunk with water and then using it as a hose to pour it into the elephant’s mouth.

3. Elephants enjoy showering by sucking water into their trunks and spraying it all over themselves.

4. The dry season sees elephants spending a lot of time around permanent water sources. Knowing where the water is, the smell of it as they approach rouses their excitement and a herd can often be seen accelerating as they approach until they are actually running towards the water. 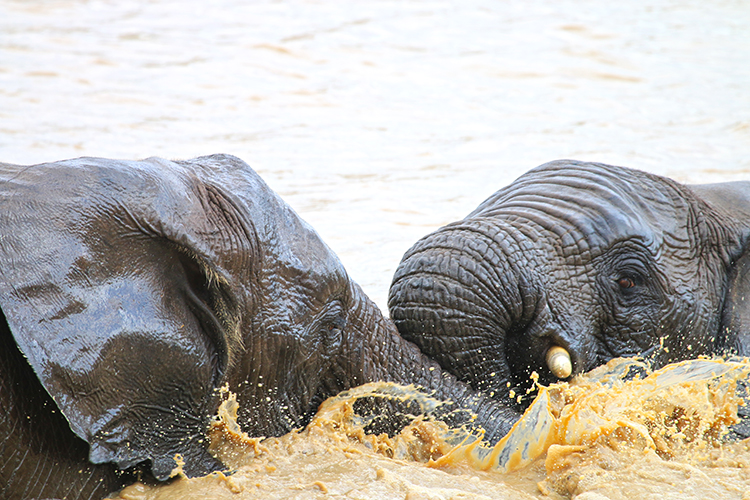 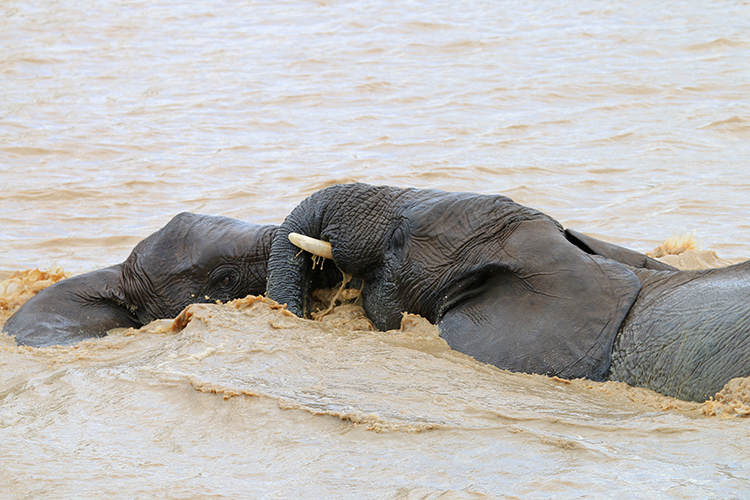 5. Elephants in Africa have been recorded to have travelled a distance of 48 kilometers across water, and swimming for six hours continuously.

6. They swim completely submerged, with their head above the water and their mouths below, and use all four legs to paddle.

7. Elephants also use their trunk like a snorkel, so that they can breathe normally when swimming – especially handy for long distances.

8. Baby elephants often try to climb on the backs of older and bigger elephants and then splash back in the water. Calves will suck water into their trunks and spray each other playfully. 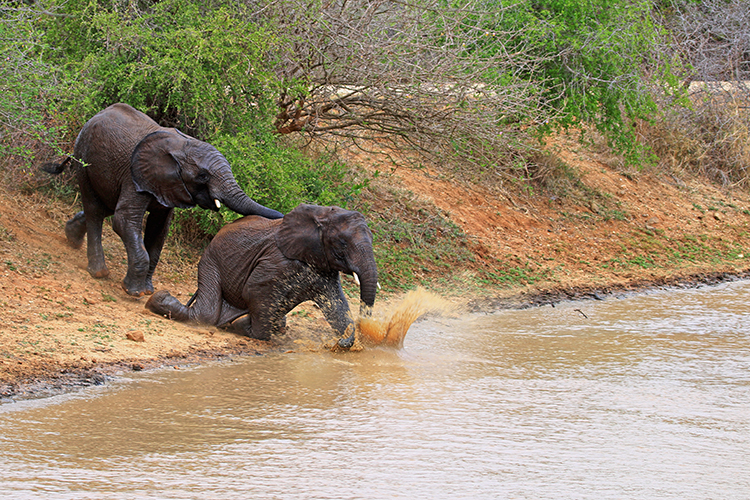 9. By splaying the soles of their feet, elephants can propel their huge bulk forward when swimming in water. 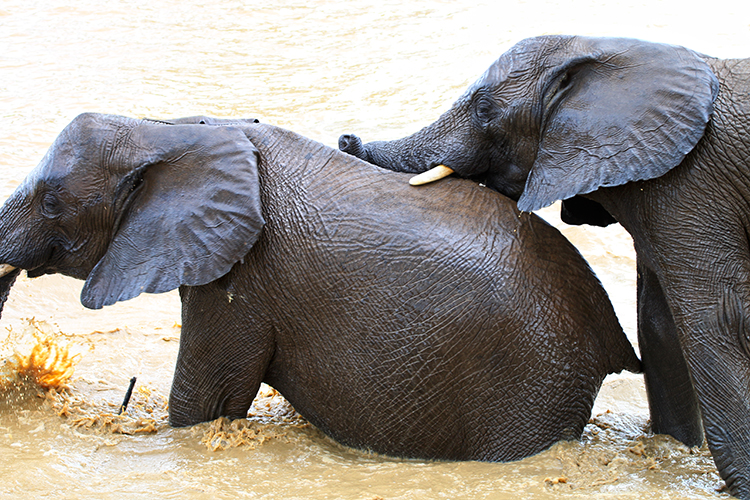 All images above taken on our safari at Camp Jabulani Above: The elephants of Morukuru in the Madikwe Game Reserve finding respite from the afternoon heat in the local waterhole. We spotted this herd on a drive from the airport to the lodge – our first sighting on safari and a most magical one at that. Find out more about Morukuru in our blog, 10 Questions with Morukuru’s Wild Man. Above: Elephants congregate around waterholes during the dry months. Photograph taken at Londolozi Private Game Reserve in the Sabi Sand in South Africa, by Elsa Young. Read more about when to visit Londolozi here. Above: Resident bulls at the ol Donyo Lodge in Kenya. Dry grassland in the Mbirikani group ranch means more wildlife visiting the waterhole, making for wonderful sightings from the viewing hide. The resident bull elephants – One Ton, Torn Ear, Ozzie, Pug, Jagged, Kali and Tom – dominate the waterhole, their combined massive bulks making it tough going for smaller creatures who have to wait their turn patiently on the sidelines.